Espanyol parks the feelings in its 'renewal' operation

Espanyol is immersed in a deep remodeling that began with the arrival of Diego Martínez to the Cornellá bench. 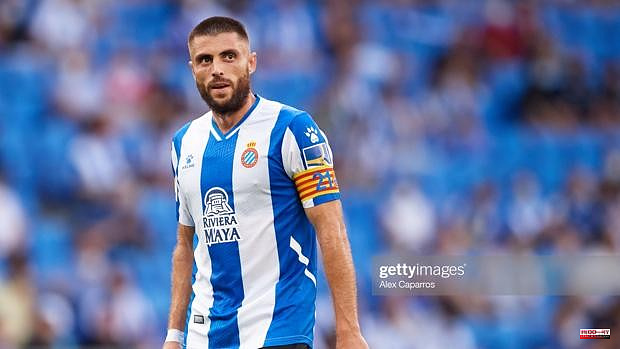 Espanyol is immersed in a deep remodeling that began with the arrival of Diego Martínez to the Cornellá bench. And from the sports management they do not walk with considerations. The first two confirmed departures are from players with a great depth in the blue and white club. If this past Monday it was Diego López who left the entity by not renewing the contract that expires on June 30, today it was David López who closed an eight-year stage in the parakeet team and 237 official matches. The central defender has become a benchmark for the Espanyol fans, who have not forgotten his suffering and his tears during the season in which the team was certified relegated.

David López is one of the most important footballers in the recent history of Espanyol. He arrived at the club in the 2007-08 season to join Juvenil A from Damm CF. On September 26, 2010 he made his debut with the first team, although his true consolidation came in the 2013-14 campaign, after playing on loan at Leganés and Huesca. After a brilliant season he signed for Napoli before returning definitively to Espanyol, where he has played the last six courses. In his two stages as a blue and white player he has played 237 official matches (League, Copa del Rey and Europa League) and has scored 13 goals.

«David López has been an example for his professionalism, commitment and leadership capacity, especially in the most difficult moments of recent seasons. Captain of the first team, he has managed to play in Europe with Espanyol and after the disappointment of relegation, he led the team back to the First Division. The youth squad has been one of the pillars of the locker room and the club during Chen Yansheng's mandate and a true benchmark for Espanyolism," explains the Catalan club in a statement. David López will say goodbye to the club and the fans next Tuesday in an act that will take place at the RCDE Stadium around noon.

1 Mónica Oltra insists on not resigning and criticizes... 2 Castilla y León announces a plan to "monitor"... 3 These are the changes of the urban bus lines for the... 4 Selectivity in Catalonia 2022: this will be the university... 5 The nine spaces of CyL Digital and 16 centers in rural... 6 Quintanar will host the 1st Festival of Electronic... 7 The Champions Burger in Valencia: location, hours... 8 The economy of Castilla y León shows an "obvious... 9 The Prosecutor's Office investigates publications... 10 El Corte Inglés leaves losses behind and obtains... 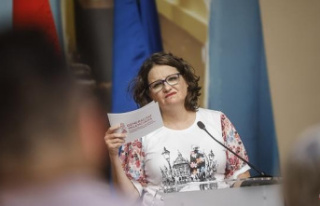 Mónica Oltra insists on not resigning and criticizes...