Crivillé: Aleix is ​​the most regular of the four candidates for the title »

Alex Crivillé, the Woonkly ambassador and the only Spanish 500cc world champion, analyzes the current situation of the Catalan Grand Prix, the ninth round of the season that takes place this weekend at the Montmeló circuit. 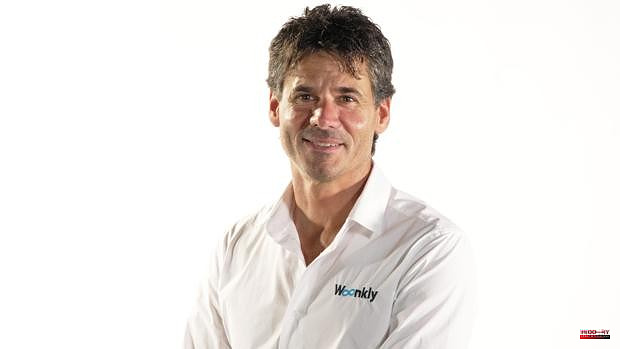 Alex Crivillé, the Woonkly ambassador and the only Spanish 500cc world champion, analyzes the current situation of the Catalan Grand Prix, the ninth round of the season that takes place this weekend at the Montmeló circuit. Built in 1989, the circuit first hosted a World Championship event in 1992 and has been a permanent fixture on the World Cup calendar ever since. With a layout of 4,627 meters and a long straight of 1,047 meters, the track has a total of 14 curves (eight right and six left) and a width of 12 meters.

-After eight races, it seems that the fight for the MotoGP title is going to be a matter of four: Fabio Quartararo, Aleix Espargaró, Enea Bastianini and Pecco Bagnaia.

Who do you think is being the most regular?

-It seems that in MotoGP it will be a matter of four. So far, the most regular is being Aleix Espargaró. He has achieved four consecutive podiums, in addition to a victory. This means that he is practically glued to Fabio Quartataro, from whom only eight points separate him. As a regular, Aleix Espargaró stands out above the rest.

-Who is the favorite of these four drivers to win the Catalan Grand Prix?

-I think there are several favorites to win the Catalan Grand Prix. Fabio Quartararo is the leader of MotoGP and he really likes this circuit. After his win at Mugello, Pecco Bagnaia is also going to be there. Of course Aleix Espargaró, who runs at home and practically next to the garden of his house. Enea Bastianini has shown that he is a somewhat irregular pilot. He is all or nothing; he or she wins or loses. When he's up front, he's a driver to watch out for because he tends to go all out. He has a technique that allows him to save the tires at the end of the race and he usually gets away with it. It is very difficult to make a forecast for the Catalan Grand Prix because there is no solid leader like there was in the past, like Marc Márquez or Valentino Rossi. Now he is very tight, but we are going to bet on Aleix Espargaró because he races at home and has already won a race this year.

-Aleix Espargaró arrives in high spirits after scoring four consecutive podiums and will only settle for victory at the Catalan Grand Prix. What do you think he will be able to do more, the head or the heart?

-Aleix Espargaró will go all out because it is still too early to start thinking about the title, as there are many races left. Now it's about winning races and not failing, trying to always finish in the top five and if it's in the top three, even better. Victory passes through his head and it is a good race to try because he races at home and in front of the fans. A priori, running at home is always favorable because it helps and motivates you. The public is in your favor and this makes you push. There are riders to whom the opposite happens and the fact of racing at home generates more pressure. Running at home is always positive in a high percentage.

-The loss of Marc Márquez for an indefinite time leaves Honda in a difficult situation. How will it affect the development and evolution of the RC213V?

-On the one hand, I am very glad that Marc Márquez has made the decision to undergo surgery. For a great champion like Marc, it was not his place to be where he was. He's going to have surgery and he'll come back strong. On the other hand, there are riders like Stefan Bradl or Pol Espargaró who will try to find the right path for the Honda RC213V with a different line of work. They will have time to try. To this day, we all know that the Honda is not the best bike and needs changes to make it easier to ride. In this aspect, I do not think they will get worse. Honda needs to test parts and make changes to get it on the right track.

-How does a negative situation affect and how does a pilot deal with it?

-When a factory tells you that they don't count on you, it affects the pilot and he doesn't go with the ease that he should go. When there are problems, you have to move forward. The important thing is to be cool and keep working. You have to think about the present and not about the future. You have to let the manager do his job and try to have a good season. When the future is up in the air, you get a little more nervous on the track. If you are a professional and a seasoned pilot it should not affect you, but it does.

-You have two victories in this circuit. Why is it so special for a driver to win in front of his fans?

-All the great prizes score the same, but if you get a victory in front of your fans it has more value because you demand more of yourself. In a race at home, your energy flows more and the result is closer.

-What are your best memories of the Barcelona-Catalunya circuit?

-Perhaps my best memory was in 1999 when, on the last lap, Tadayuki Okada was more than a second behind me and I started to cut three tenths off him. At the Stadium I passed him inside and there I remember that the circuit went crazy. I have that victory engraved in my head, as well as the victory in 1995.

What is your forecast for the MotoGP podium for this race?

-I think we will see a race very similar to the one in Mugello, although I hope it will be tighter. I think the podium will go to Pecco Bagnaia, Fabio Quartararo and Aleix Espargaró pushing and fighting for victory.

-Pedro Acosta has lifted a weight off his shoulders after scoring his first victory in Moto2 at Mugello. Will he be able to overcome the 63 points that separate him from Celestino Vietti and Ai Ogura, leaders of the category?

-It is difficult to overcome so many points, but what I do see as possible is Pedro Acosta winning many races. This can unsettle his rivals and make them make a mistake. In this case, yes, it is remountable. The fight for the Moto2 title is still very open and Pedro Acosta may start to worry his rivals.

-Do you think that Sergio García Dols could repeat last season's victory here and open a gap in the fight for the title?

-Sergio García Dols is the favorite to win the Moto3 title this year. He leads with a 28-point lead over Izan Guevara, his teammate. I think this season should be his year, but it's still a bit early to start thinking about the title. You have to think about winning races. He is the one who is most prepared to be a champion, both physically and mentally.

1 Ukraine, one step away from making history 2 The Supreme Court's slam on the Atristain doctrine,... 3 The Police intervene in Zaragoza a ton of pirated... 4 The keys to the new VTC law whose approval will be... 5 Two arrested when they robbed a house in Toledo 6 A motorcyclist dies in Palencia after falling and... 7 Ayuso accuses the women of Podemos of "whining"... 8 A lot of 'remember' in the musical offer... 9 The labor market resists: unemployment falls by 4,482... 10 Elísabet Benavent: «Literature has no gender, it... 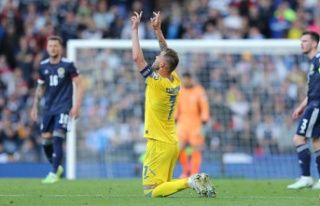 Ukraine, one step away from making history