Alejandro Climent took home his second title of the year after having to cancel the competition two days in a row due to the lack of wind. 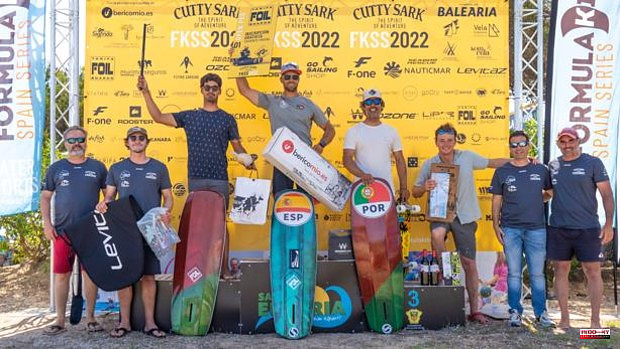 Alejandro Climent took home his second title of the year after having to cancel the competition two days in a row due to the lack of wind. The Portuguese Tomás Pires de Lima and Pedro Marcos accompanied the Valencian on the Ibizan podium in second and third place respectively. Unfortunately, the Advanced and F-one Amateur class could not score on this occasion due to the lack of wind in the last two days.

Luckily, on the first day in Pitiusa Mayor, the fleet was able to carry out nine tests thanks to a wind of between 7 and 11 knots and an east-southeast component. Climent flew over the race course without giving any respite to his rivals and crossed the finish line in first place on all nine occasions.

Behind him, Pires de Lima rose with a provisional second place after crossing in second place in eight of the nine heats of the day. His compatriot, Pedro Marcos closed the provisional podium with third place at the end of the first day of testing.

Cala Martina, home of the fourth round of the national Formula Kite circuit, woke up on the second day of racing with not very optimistic wind prospects. Luckily, the organization of the Cutty Sark "Spirit of Adventure" FKSS had planned a series of activities to make the wait for better wind conditions more enjoyable for sailors, such as wakeboarding and SeaBob water toys.

Finally, the wind in the regatta field was not strong enough to raise the Delta flag on the beach and start the regatta, so the regatta committee, led by Alexandre Durán, had no choice no choice but to end the day.

The weather forecast for the third and last day of the fourth stop of the Cutty Sark “Spirit of Adventure” FKSS predicted sustained winds of five to six knots. However, in the end it turned out to be an optimistic forecast, since barely four knots of intensity were registered throughout the day in the regatta field, a situation that forced the Principal Officer to raise the flag “Postponement on A” indicating the end of the race. competition.

Once the Ibiza regatta is over, Alejandro Climent continues at the head of the general classification of the circuit in the absence of the last two regattas of the year. Along with him, the Swiss Margot Folgado continues to defend second position while the British Jack Mckendrick rises to third place overall.

On the other hand, after not being able to sail and score in Ibiza, the general classification of the Advanced and F-one Amateur categories remains with Pau Soler leading the Advanced fleet followed by Angel Candel and Enrique Ortiz in second and third place respectively while Victor Buenavida remains at the top of the F-one Amateur category along with Diego Anta in second place and Pau Mesquida in third place.

1 NATO chief: Turkey has "legitimate concern"... 2 The patron saint of Salamanca dresses the city for... 3 We speak Spanish protest against the Table of the... 4 Alejandro Cano: "The new ecological flows of... 5 Hundreds of complaints about the poor organization... 6 «Essentia» and «Momo», winners in Sanxenxo 7 A camera breaks all records: it is sold for 14.4 million... 8 Now available the 15% discount on metropolitan transport 9 Toledo celebrates the Virgin of the Star 10 The Valladolid Book Fair lowers the blind successfully... 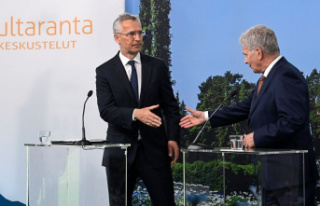