Another attack on the Barça shirt

Once again, marketing wins over tradition and history. 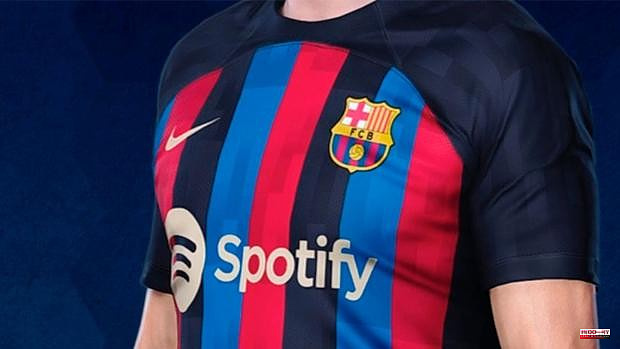 Once again, marketing wins over tradition and history. It can be seen daily with the changes in the regulations of different sports, which introduce technology, in the format of the competitions, destined to generate more income, or in the kits of the clubs, each time further away from the initial designs when they were founded. the clubs. Now it has been Barcelona, ​​once again, that has presented a kit for next season that leaves no one indifferent. After the criticism suffered by the color of this year's pants (one red leg and the other blue), next year's design adds a darker blue stripe to the traditional ones of the Catalan team.

From Nike, the company responsible for clothing, the design is varied each course to encourage sales and generate more income, in addition to adding second and third kits that are more than debatable.

The first controversy arose in the 2012-13 season, with a single, very wide red stripe in the center of the shirt. The design broke all the schemes three years later, when the designer came up with the idea that all the stripes were horizontal, resembling Barcelona to a rugby team. In 2017-18 we opted for a design with many more thin stripes than usual of different thickness. In the 2019-20 season, the loop was looped again with a plaid shirt, similar to the Croatian jacket but with the colors blue and burgundy. The one from this season also caused surprise at the time, with a large cross on the upper right part of the chest.

Barcelona today unveiled the new jersey, publishing various images of men's and women's first-team footballers. The designer has been inspired by the Olympic Barcelona of 1992 in the year in which the 30th anniversary of the event is celebrated. And for this it is presented under the concept 'The Flame is still Alive', while reflecting the spirit that marked that era of renewal and redefinition with which Barcelona opened up to the world. Among the images that have been seen are those of Ansu Fati, Pedri, Alexia Putellas, Mapi León, Frenkie de Jong or Aitana. The t-shirt also features advertising for Spotify, the new title sponsor, for the first time. The Swedish music company appears at the center front of the shirt, with a sesame-hued logo. In addition, another novelty is the UNHCR/ACNUR logo below the number, which replaces the Unicef ​​logo. The kit recovers the uniform vertical stripes of intermediate size and that combine the usual blue and maroon colors as well as incorporating a third color, a darker blue that is also present on the sleeves. The pants change radically in design and go from sharing blue and maroon to being the dark blue present on the sleeves of the shirt.

1 Roland Garros Trophy: what is it made of and how much... 2 CSIF requests more staff for the Covid Emergency area... 3 Disappointment at the Shein store in Madrid: "We... 4 The new contract-program between the Board and the... 5 They are looking for a 93-year-old woman whom her... 6 Valencians on the Forbes list: these are the best... 7 Carlos Muñoz, only eleven years old, publishes his... 8 What it costs to open the Madrid Metro 24 hours at... 9 Those infected in Madrid by monkeypox rise to 141... 10 The Imserso de Podemos that ruins hotels: 22 euros... 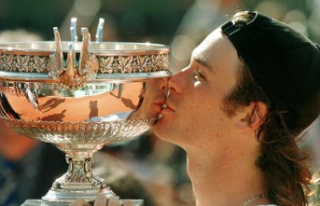 Roland Garros Trophy: what is it made of and how much...