A spectacular final day with a west wind of 16 knots that rose to 20 allowed the crews to say goodbye to the Bay with the last two scheduled tasks. 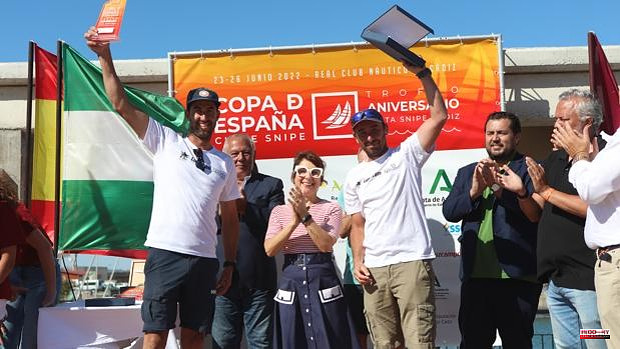 A spectacular final day with a west wind of 16 knots that rose to 20 allowed the crews to say goodbye to the Bay with the last two scheduled tasks.

Nothing disappointed the 200 sailors who came from all corners of Spain and Portugal, with an American and a Norwegian crew.

In the second start of the Gold group, the Americans Ernesto Rodríguez made an off-line that left him without options for the final classification of the championship, an opportunity that the Canarians Alfredo González and Cristian Sánchez took advantage of to sign a fourth that joined the first in the second round elevated them to the first position of the general classification.

Together with them, Jordi Triay and Cristian Vidal from the CM of Mahón and Damián Borrás and Sara Franceschi from the same club climbed on the podium of this Spanish Cup.

At the awards ceremony, which was attended by representatives of all the institutions and all the sponsors, they were thanked by the Real Club Náutico for their help, and prizes were awarded to the winners of the absolute, female, junior and master classification, as well as a special trophy given by Ramón Fernández Trujillo to the best ranked master crew without ruling out any test, which once again went to Damián Borrás and Sara Franceschi.

1 A parade in Cabezón raises funds for people with... 2 These are the cheapest hours of electricity this Monday,... 3 Jordan Díaz breaks his triple jump Spanish record... 4 The hated leader: Russian Nepomniachtchi becomes a... 5 Ferran Soriano, executive director of Manchester City,... 6 Morocco digs 21 graves to bury immigrants killed in... 7 At least five dead and 500 injured when a stand collapses... 8 The murderous basement of the Manuel Carmona street... 9 More than 1,600 minors are serving sentences for committing... 10 Madrid, armored and blocked by the NATO summit until... 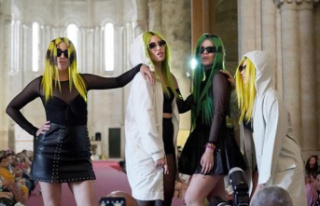 A parade in Cabezón raises funds for people with...