World Cup start 2022: Hanging up the dartboard: How to mount the board precisely and safely

Just a few years ago, darts was notorious as a dusty and smelly pub sport in this country. 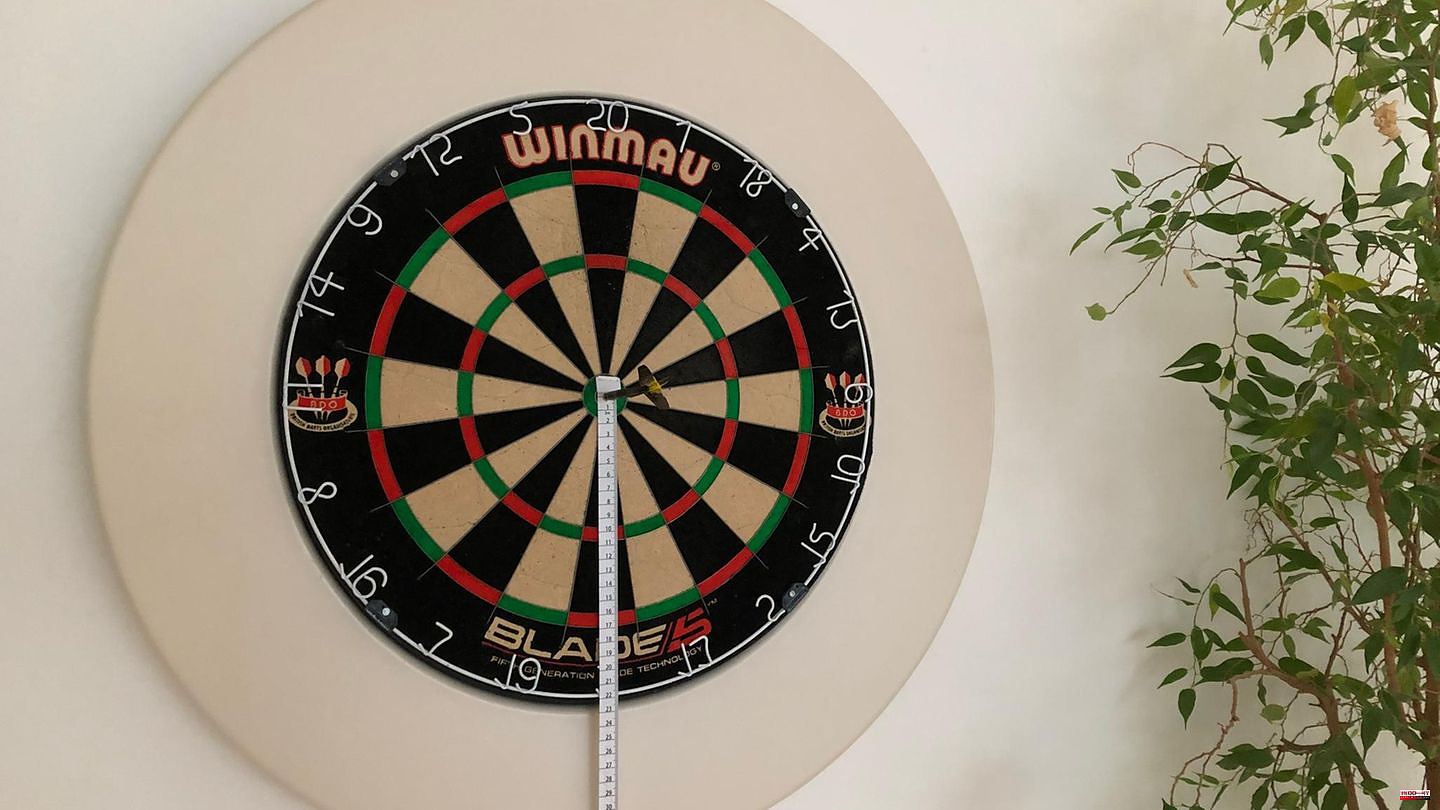 Just a few years ago, darts was notorious as a dusty and smelly pub sport in this country. The motto: Throw a few darts at a target with a beer and your friends in the smoky pub around the corner to drive away boredom. In the best case, a hobby that has spilled over to Germany from the pubs on the island. In the meantime, a real cult has developed around the darts. The darts not only fly in hundreds of bars specially tailored to darts, but above all at home. In the hobby room, in the attic or in the living room, the coveted triple 20 field is aimed at or simply gambled for fun alone or with friends. In addition, the darts world championship runs around Christmas and the turn of the year for two weeks live on free TV. This year from December 15th. The heroes in London's Alexandra Palace are named Michael Van Gerwen, Gerwyn Price, Peter Wright and Gabriel Clemens. In short: the darts have polished up their image a lot.

And best of all, if you want to get started now, you need nothing more than a dartboard, a set of arrows, a tape measure and some manual skills. In this article you will learn how to hang up a dartboard, what you need to consider and how to protect the wall from hits by steel darts.

At what height does the dartboard have to hang?

The height at which a dartboard must be mounted is specified in the official darts rules. For playing with so-called steel darts, there should be exactly 1.73 meters between the center of the disc and the ground. With the somewhat rarer soft or e-darts variant, the dartboard hangs one centimeter lower, at a height of 1.72 meters, according to the rules. The relevant center of the disc is marked by the famous Bulls Eye, which has a diameter of exactly 12.7 millimeters. A flexible measuring tape or a so-called laser oche makes measuring easier.

How do you properly attach a dartboard?

As a rule, the small tools that make it easier to hang up the dartboard are included with the board. Otherwise, the so-called board brackets or dartboard mounts are available separately. These brackets are adjusted in such a way that the bulls eye of the disc hangs on the wall at exactly the marked height. And this is how you do it:

Note: According to the official set of rules, there should be around 1.20 meters of free space left and right of the dartboard. Since this is not always possible, make sure that the board is at least 50 centimeters away from furniture or corners of the room. This makes playing noticeably easier.

Some dartboards or accessory sets also come with adjustable spacers that make the dartboard even more stable and secure on the wall and prevent the board from wobbling and rattling on the wall every time an arrow hits. Spacers are particularly useful if the wall is not completely flat.

Electronic dartboards also usually come with a mounting kit. In this case, mark the drill holes with a template (should be included in the scope of delivery) and later hang the board on the corresponding screws. Make sure the pane is hanging straight. If in doubt, a spirit level will help with the fine adjustment. You can find out which electronic dartboards are available and what differentiates the individual models from each other in detail in the big dartboard test 2021.

Whether in the hobby room or the living room - the darts have no place in the wall. This makes ugly holes that are difficult to patch. Because the arrows often land next to the board and get stuck in the wall, especially during the first attempts at throwing, beginners should protect the wall with a so-called surround. These are rings filled with a kind of foam, usually around 20 centimeters wide, which prevent stray darts from ending up in the wall. They are available in different colors and designs.

Before the first arrows fly in the direction of the board, the tape measure has to go again. Because from a meter there is no art to hit the target. According to the rules, the throwing line, also called oche, is exactly 2.37 meters away from the dartboard for steel darts. The decisive factor is not the wall, but the front of the board. So first check how thick the dartboard is. Then measure 2.37 meters from the wall and add the thickness of the board. The drop line is marked very pragmatically with a plastic adhesive tape.

If you have a lot of space and don't want to damage the laminate or parquet, you can also think about a dart mat. This saves you having to measure, because the mats are usually exactly measured or marked at the appropriate points. If you don't have space for a carpet of darts, you can also use a laser to project the throw line onto the floor. The Laser Oche is attached to the wall and marks the set distance. The Laser Oche from Viper is available here. 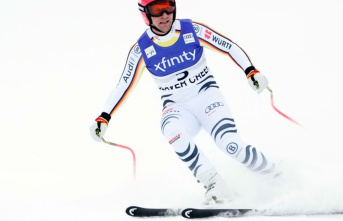 World Cup: Ski-Ass Ferstl sixth on the descent in...