Lionel Messi and Enzo Fernández saved co-favorite Argentina from an early exit at the World Cup in Qatar. 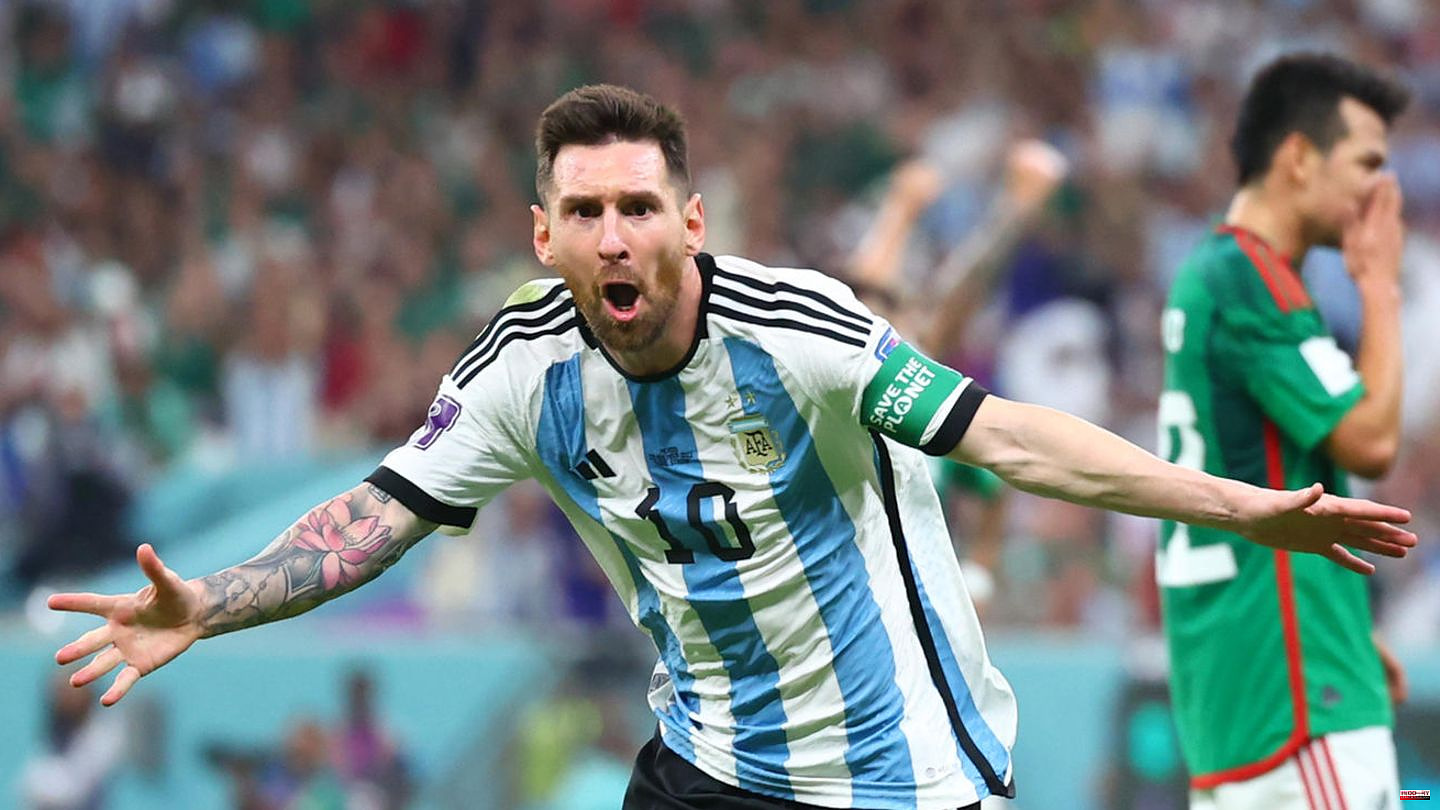 Lionel Messi and Enzo Fernández saved co-favorite Argentina from an early exit at the World Cup in Qatar. The Paris Saint-Germain superstar scored the important lead in the 64th minute of the 2-0 (0-0) win against Mexico in front of 88,966 spectators at the packed Lusail Stadium on Saturday night. Fernández scored to make it 2-0 (87').

Argentina surprisingly lost the opening game against Saudi Arabia 2-1. The Argentinians, who were unbeaten in 36 games before the tournament, were already under a lot of pressure against Mexico, but now have progression in their own hands again. Finally, Messi and Co. will face the still undefeated Poles with Robert Lewandowski on Wednesday.

Defending champion France was the first team to qualify for the round of 16 of the World Cup. Thanks to two goals from Kylian Mbappé, the 1998 and 2018 world champions also won their second group game 2-1 (0-0) against Denmark on Saturday. In front of 42,860 spectators at the 974 Stadium in Doha, the Paris Saint-Germain striker scored in the 61st and 86th minutes. Andreas Christensen equalized in the meantime (68').

The Danes had been traded as the secret favorite before the tournament. After just one point from the first two games, the semi-finalists of the EM 2021 are now even threatened with being eliminated from the preliminary round. However, thanks to Australia's 1-0 win against Tunisia, Kasper Hjulmand's men still have progression in their own hands. However, she needs a win in the last group game on Wednesday against Australia.

With Robert Lewandowski's acclaimed debut goal, Poland set course for their first round of 16 in 36 years. The world footballer made the decision 2-0 (1-0) in the emotionally charged second group game against Saudi Arabia on Saturday with his late goal in the 82nd minute and was happy after his first goal in the fifth World Cup game lawn fall.

Previously, the former Bayern striker paved the way to victory, which his team had to tremble for a long time, as the preparer for Piotr Zielinski's opening goal (39th). This was particularly thanks to the outstanding goalkeeper Wojciech Szczesny, who was repeatedly hugged by his teammates after some outstanding saves.

In the heated stoppage time of the first half, the Juve goalkeeper saved not only Salem Mohammed Al-Dausari's penalty, but also Mohammed Al-Buraik's follow-up shot. After the break, the Saudis, who had sensationally won against Argentina at the start, pushed vehemently for an equalizer in front of 44,259 spectators, but failed because of their own precision or because of Szczesny.

Poland go into Wednesday's final Group C game against Lionel Messi's Argentina with four points. But the briskly attacking Saudis still have every chance of reaching the second round of 16 after 1994 with three points.

Australia is back in the running for the first place in the round of 16 of a World Cup in 16 years, Tunisia is again threatened with the traditional preliminary round. The Socceroos defeated the North Africans 1-0 (1-0) on Saturday and have three points going into the final day of Group D. Tunisia have only one point and also meet defending champions France. Mitchell Duke (23rd minute) scored for the Australians in front of 41,823 spectators at Al-Dschanub Stadium.

Australia's coach Arnold had expected an "extremely physical game" - and he was right. There was a lot of fighting but little creativity to be seen. The Socceroos, however, showed a clear improvement overall after the 4-1 swatter against France and set the tone in the first half. They were rarely really dangerous. After a good 20 minutes, striker Duke rewarded their efforts with the 1-0. The 31-year-old initiated the attack himself, he then headed Craig Goodwin's slightly deflected cross into the right corner.

The Tunisians also found it difficult to create really compelling chances. When they came forward, midfielder Ellyes Skhiri from 1. FC Köln was usually involved. In the second half, the Tunisians increased the offensive pressure, but they still lacked precision. The Australians, known for their passionate style of play, resisted. 20 minutes before the end, Leckie even slipped past the 2-0. 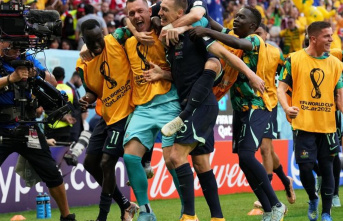