World Cup in Qatar: "Tolerance shown the red card": This is how the network reacts to the "One Love" ban on bindings

The World Cup in Qatar has barely started when a dispute over the multicolored "One Love" captain's armband breaks out. 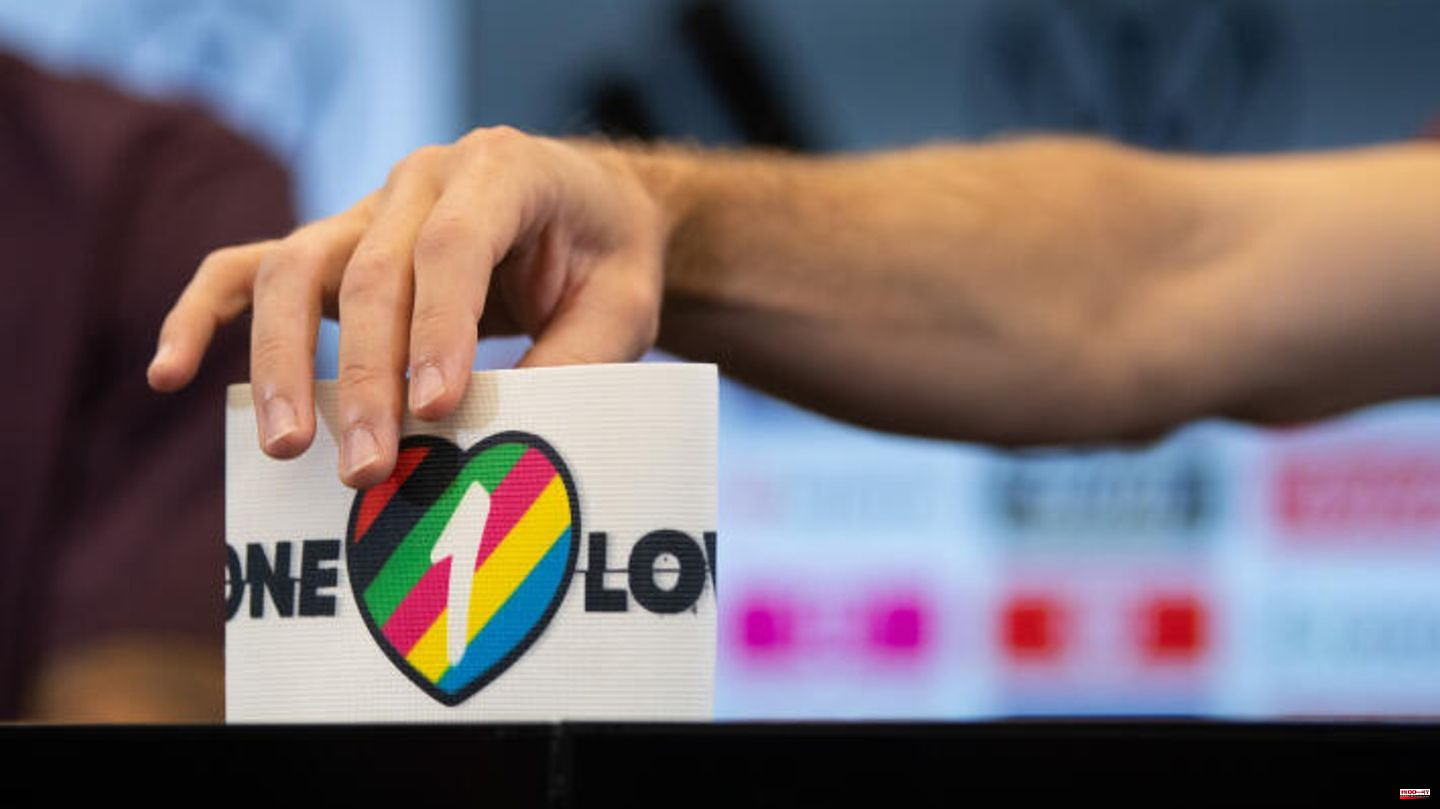 The World Cup in Qatar has barely started when a dispute over the multicolored "One Love" captain's armband breaks out. According to information from the German Press Agency, FIFA put a lot of pressure on the UEFA participants involved in the campaign for human rights and diversity - and threatened sporting sanctions. The German Football Association (DFB) and the other associations are now doing without the symbolic piece of fabric in Qatar.

"We are experiencing an unprecedented event in World Cup history. We will not carry out the confrontation brought about by FIFA on the back of Manuel Neuer," said DFB President Bernd Neuendorf on Monday. The association also announced that fines would have been accepted. "However, we cannot put our players in a situation where they are cautioned or even forced to leave the field." The DFB was "very frustrated with the FIFA decision".

German fans, journalists and politicians online are also frustrated. Under the hashtag "

Sharp criticism comes from ZDF journalist and presenter Jochen Breyer, who recently caused a stir with his documentary "Geheimsache Qatar". "A sign that you only set if you don't have to fear any consequences is not a sign," he tweeted under the hashtag "

The fan organization "Football Supporters Europe" is also outraged. "Today we feel contempt for an organization that has proven its true values ​​by showing players the yellow card and tolerance the red card," writes the "FSE".

The first captain to openly flout Fifa regulations during the finals would have been England's Harry Kane in Monday's game against Iran. "We had been willing to pay penalties, which would normally be the case for dress code violations. However, we couldn't put our players in a situation where they could get a yellow card or even be forced to leave the field ", it says now in the joint statement distributed by the English FA.

Ex-national player Thomas Hitzlsperger addressed his anger to the Fifa President personally. "Infantino even managed to force the teams that

Some, like the political journalist Jan Schipmann, direct their criticism directly at the DFB and the German captain. "By the way, Manuel Neuer has never seen a yellow card at a World Cup or European Championship. It's embarrassing and cowardly to give a possible card as a reason

Criticism of the DFB also comes from politics. "Another reason not to watch!

The FDP politician Renata Alt, Chairwoman of the Bundestag Committee for Human Rights and Humanitarian Aid, says according to a statement: "It is disappointing that the DFB and other European associations submit to pressure from FIFA and no longer wear the One Love armband. But the fact that FIFA threatened to deduct points for such a commitment to human rights is scandalous. Human rights are universal and not a political message!"

Others, however, try to see the whole thing with humor. "It's a shame that Manuel Neuer doesn't want to show solidarity with the Fifa president who has just come out as gay

Fifa justified the ban with the World Cup regulations recognized by all participants. In a statement on Monday, the association explicitly emphasized Article 13.8.1 of the Equipment Rules: "For FIFA Final competitions, the captain of each team must wear an armband provided by FIFA." Fifa supports campaigns like "One Love", but this must be done within the framework of the rules known to all.

The campaign was a joint effort announced in September by teams from Germany, England, the Netherlands, Belgium, Switzerland, Wales, France, Denmark as well as Norway and Sweden, both of which have not qualified for the World Cup. The associations involved had repeatedly stated that they had received no response from Fifa to their plan.

1 Vladimir Darida in the direction of Greece before... 2 "Wetten, dass ..?": Sexism and ignorance:... 3 Save before Black Friday: Where there are already... 4 Infrastructure: New study: Germany slows down uniform... 5 Airline: Lufthansa plans 20,000 new hires 6 Good to know: What happens in the body when we are... 7 First interview: Fergie's ex-boyfriend claims:... 8 Jennifer Lopez: cuddle video with Ben Affleck on TikTok 9 Twitter return: @realDonaldTrump is back, as is concern... 10 Videos Show Shooting: Did Ukrainian Soldiers Execute... 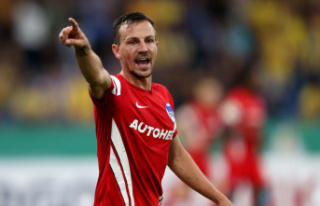 Vladimir Darida in the direction of Greece before...