World Cup in Le Grand-Bornand: "Equipment race": Biathletes have no chance in France

In the end, Denise Herrmann-Wick was happy to have crossed the finish line safely. 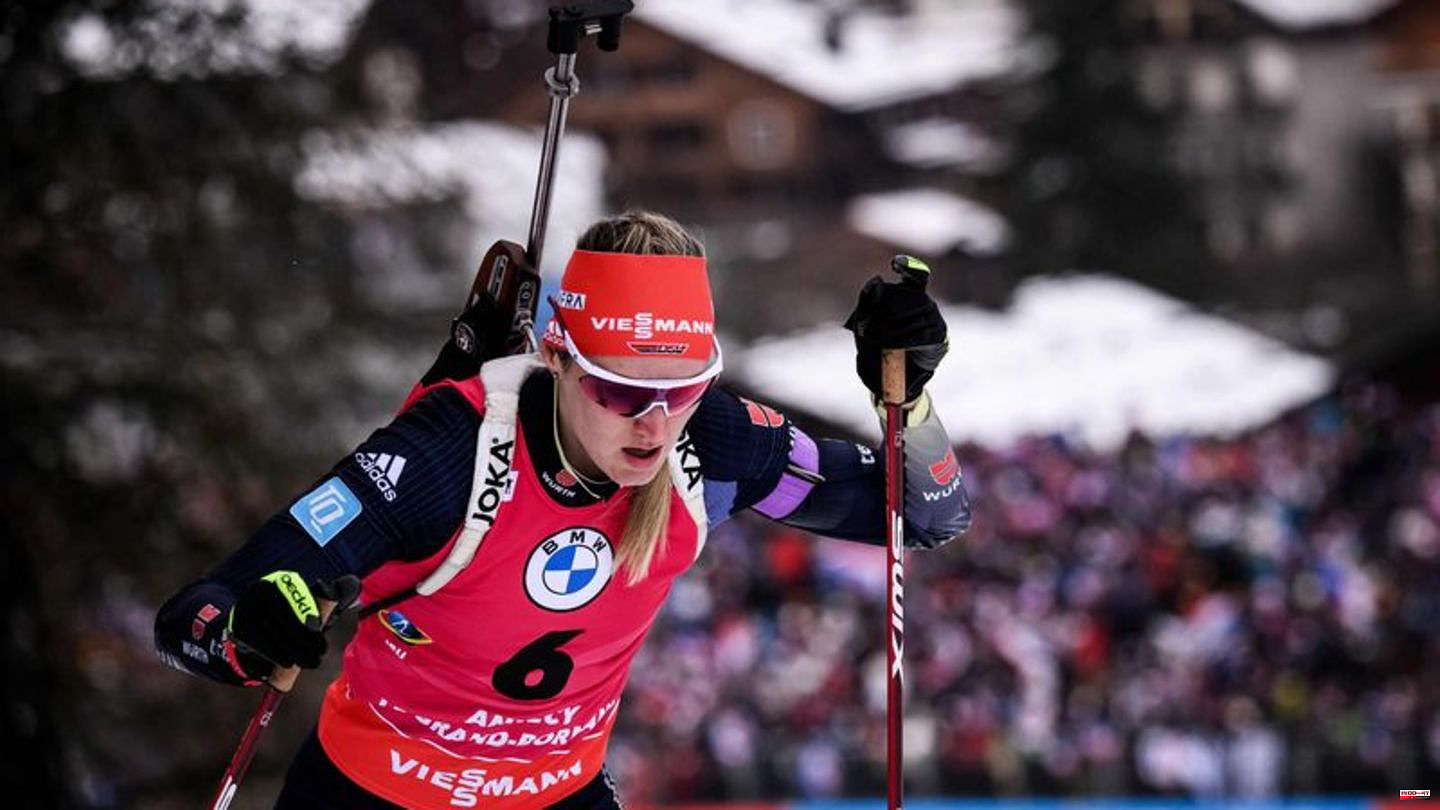 In the end, Denise Herrmann-Wick was happy to have crossed the finish line safely. Because in the pursuit of Le Grand-Bornand the biathlon Olympic champion, like some other stars, had no chance this time - her equipment was not competitive in the icy track conditions.

She almost fell twice, in the end she pushed the double pole push across the finish line, which is typical in cross-country skiing. "You kept slipping. It was pretty dangerous in the corners," she said on Saturday after dropping from third to seventh place.

The 33-year-old lost 1:14 minutes on the cross-country ski trail to second-placed Lisa Vittozzi (2 shooting errors). In the sprint the day before, Herrmann-Wick still had the best running time. But even if Herrmann-Wick (3 penalties) had hit all the targets, she would have had no chance against this time perfect Swedish winner Elvira Öberg. "You don't have to look at the running time today, that was a question of material," said Herrmann-Wick. "But I made the best of it."

With the lack of grip, Herrmann-Wick was in prominent company. Her teammate Janina Hettich-Walz fell, men's dominator Johannes Thingnes Bö, who is almost always the fastest, lost his balance several times and ran after him. Out of desperation, Linn Persson, second in the sprint, pushed up a climb, also using double poles. And Benedikt Doll also struggled after a disappointing 18th place in the men's pursuit. "It was a terrible experience," said Doll, who had secured a good starting position with third place in the sprint. "It was tough for everyone, but I felt like I was stuck."

The big grin he started the race with was long gone after crossing the finish line. In icy conditions on the track, the 2017 Sprint World Champion lost 15 places. Sturla Holm Laegreid celebrated his first win of the season. The Norwegian stopped the winning streak of his compatriot Bö, who still finished third. Vetle Sjaestad Christiansen made the triple success perfect.

"Especially for the men it was a clear equipment race, it was brutal," said DSV sports director Felix Bitterling, who had already expressed his concerns in advance and spoke of borderline conditions. "With some brands you could do whatever you wanted. You didn't have a chance there at all, so we take the day as it was." It was like trying to skate with normal shoes.

Icy temperatures at night presented the organizers with difficulties. Athletes and coaches shared their frustration. Although salt was sprinkled on the ice ramps, the total distance had to be shortened due to time constraints.

One of the victims of the track conditions and the material was Doll. "My stomach hurt on the second lap because I had to stabilize so much," said the veteran, who also had to do five extra laps. "A lot of things come out of my legs for me. If you can't use that, it will be difficult." Doll finished behind teammate Roman Rees, who, with just one penalty, worked his way up from 27th to 13th place. "The shooting was even more important," said Rees. "I was also more aggressive again and I'm very satisfied."

Franziska Preuss also came to this conclusion. The 28-year-old, who had to skip the opening weekend in Finland due to a viral illness, made it up 14 places to tenth place with just two penalties. "The goal was to do well on the shooting range," she said. "I've often had good races in such icy conditions, I got that into my head."

But Herrmann-Wick found her smile again. "In the end it was a solid race," said the 33-year-old. In the mass start, she wants to attack again on Sunday (2:15 p.m. / ARD and Eurosport). The wear and tear of strength should not play a role, she believes. "It's still going well," said Herrmann-Wick before the last race before the turn of the year. The men start at 12.10 p.m. (Eurosport and ARD). 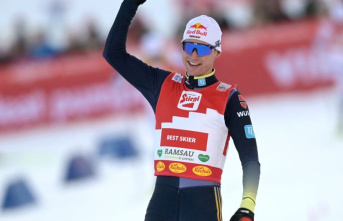