Led by the recovered Neymar, Brazil's ball artists confirmed their dream of a sixth World Cup with a gala performance. 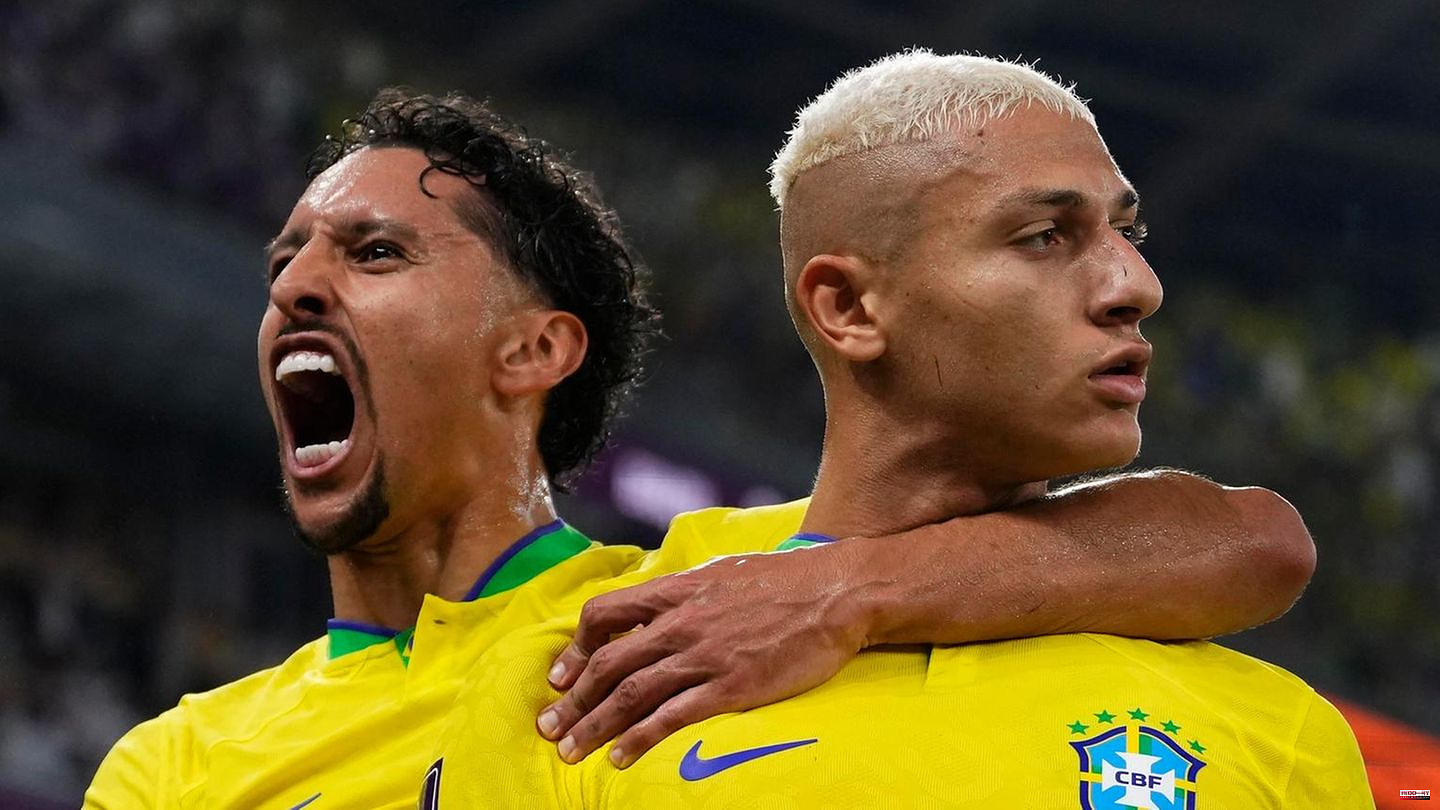 Led by the recovered Neymar, Brazil's ball artists confirmed their dream of a sixth World Cup with a gala performance. The record world champion moved into the quarter-finals of the tournament in Qatar on Monday evening with a 4-1 (4-0) win against hopelessly overwhelmed South Koreans. In the first half alone at the Stadion 974, the Seleção scored four goals through Vinicius Júnior (7th minute), Neymar (13th / penalty kick), Richarlison (29th) and Lucas Paquetá (36th), one of them more beautiful than that other was. Ex-Darmstadt Seung-Ho Paik (76th) scored the consolation goal for the outsider. In the round of the top eight teams, the Brazilians will now meet runners-up Croatia on Friday (4:00 p.m.).

Less than 15 minutes had been played in front of the 43,847 spectators before the Brazilians danced their joy twice in front of the crowd. First the strong Raphinha started to dribble on the right wing, moved into the penalty area and placed across Vinicius Júnior. Instead of completing it straight away, the 22-year-old took the ball calmly, aimed for the right corner and threw the ball into the goal. Then the whole team hopped arm in arm before the corner, then Neymar, Vincius Júnior, Lucas Paquetá and Raphinha performed another samba interlude. Four minutes later they were jumping again.

This time Richarlison was fouled in the penalty area and referee Clément Turpin awarded a penalty. And now the fans were demanding Neymar, who had recovered from his foot injury, as a shooter. The 30-year-old delayed his run-up and leisurely pushed the ball into the bottom right corner. Because South Korea's goalkeeper stopped, the ball tumbled into the goal. The goal made the superstar the only Brazilian, along with Pelé and Ronaldo, to have scored in three different World Cups. And the Seleção did not stop.

At no point in the game did it appear that the South Koreans could pose a serious threat to the record world champions. The Asians hardly got their exceptional player Heung-Min Son into the game. In addition, they were overwhelmed by the speed and technical class of the favorite. The former Leipziger Hee-Chan Hwang (17th/32nd) tested goalkeeper Alisson twice in the first round. But on both occasions, Brazil were already comfortably in the lead. The Seleção only allowed what they could also allow given the one-sided game. Her victory was never in danger. Instead, the height was increased.

After a superb three-poster combination, each with just one touch, Richarlison was free in front of the South Koreans' goal and slotted in effortlessly. A few minutes later it got even better. This time, Neymar initiated a Seleção counterattack and put the ball through to Vinicius Júnior, whose cross was put in directly in the center by Paquetá. Again the Brazilians danced in front of the fans. You could almost feel sorry for the Asians.

They couldn't get close in the second half either, although the Seleção took it easy now. As a result, the outsider even created chances, but failed in each case due to the strong Alisson: once the keeper from Liverpool FC made a save against Son (47th), and once again he superbly repelled a shot from Hwang (68th). But the South Koreans were successful once. A nice shot from Paik hit the goal with a slight deflection.

Previously, Croatia averted an early failure at the World Cup in a penalty-kick thriller and can hope for a repeat of 2018 with star player Luka Modric. The vice world champion won his round of 16 in Al-Wakra 3-1 on penalties against Japan and thus prevented the Blue Samurai from reaching the quarter-finals for the first time. Mario Pasalic converted the decisive penalty for the Croatians, in which goalkeeper Dominik Livakovic also went from point to hero to hero with three saved shots.

At the end of regular time it was 1-1 (0-1) with goals from the Japanese Daizen Maeda (43rd minute) and the Croatian Ivan Perisic (55th). In the round of eight, the Croatians, who were more committed after the first change of sides, will now face either outsiders South Korea or record world champions Brazil on Friday (4:00 p.m.).

While Croatia can hope for a third semi-final appearance after 1998 and 2018, the turbulent Japanese tournament for Frankfurt's Daichi Kamada is over. The fright of favourites, who had defeated Germany and Spain in the preliminary round and also thrown the DFB-Elf out of the tournament, could not make ends meet in front of 42,523 spectators. This time it wasn't enough for the next coup.

For the Japanese, who were wildly celebrated at home, it was a highly emotional game. Coach Hajime Moriyasu was close to tears over the anthem at the prospect of qualifying for a World Cup quarter-final for the first time. Previously, he had had to decide whether to bring Joker Ritsu Doan off the bench again, as in the furious 2-1 victories over Spain and Germany. Or as a starting XI, like in the 0-1 draw against outsiders Costa Rica. Doan started as one of four Bundesliga professionals alongside captain Maya Yoshida (Schalke), Wataru Endo (Stuttgart) and Kamada.

The initial phase belonged more to the Asians, who attacked extremely aggressively and even put Croatia keeper Dominik Livakovic under massive pressure. A header from Shogo Taniguchi (3rd) and an attempt by Maeda (12th), who slipped in, just missed the goal of the 2018 World Cup runners-up. But Modric and Co. set accents themselves. In the early stages, Perisic failed to capitalize on a serious mistake made by Japan's Takehiro Tomiyasu. Perisic ran towards goal from the left alone, but was denied by Shuichi Gonda.

As the game progressed, the Croatians got stronger. Led by Modric, who also used one of his dreaded passes from the outside of the foot, there were chances to score, but the line of attack around Bruno Petkovic, who had just started, was too imprecise and not consistent enough in front of goal.

This also applied to Japan for a long time, when Kamada initially hooked up after a nice through ball from Endo, but then finished too frantically and twisted. The Blue Samurai's opening goal came just before the break: Freiburg's Doan threw in a cross from the right that sent Yoshida bouncing into the middle at the far post. There Maeda stood and used the brief confusion in Croatia's defense around mask man Josko Gvardiol to complete ice cold.

As in the 4-1 win over Canada, Croatia had to come back from behind. But after the break, Japan came first again: a shot from Kamada after just 30 seconds went just over the goal. The Croatians, harmless for a long time, suddenly struck out of nowhere. Perisic headed a cross from the advanced Dejan Lovren powerfully into the far corner, Gonda had no chance. In return, Livakovic parried a shot by Stuttgarter Endo that was worth seeing. The game became more and more turbulent, Gonda brilliantly repelled a Modric volley (63').

At the end of regular time, both teams didn't risk much anymore, even in extra time, goal protection was initially the top priority. Modric, who had invested a lot, was substituted in the 98th minute. A little later Perisic also left the pitch. Japan attacked again, but Livakovic was able to parry a misplaced shot by Kaoru Mitoma. 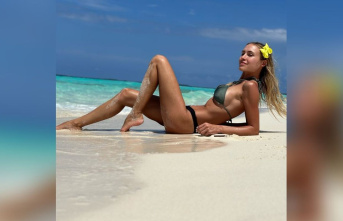 Alena Gerber: First the Maldives, then Christmas in...