World Championship in London: Coronation as a beginning: Smith and the darts night of his life

For World Champion Michael Smith, this memorable darts night in London was never to end. 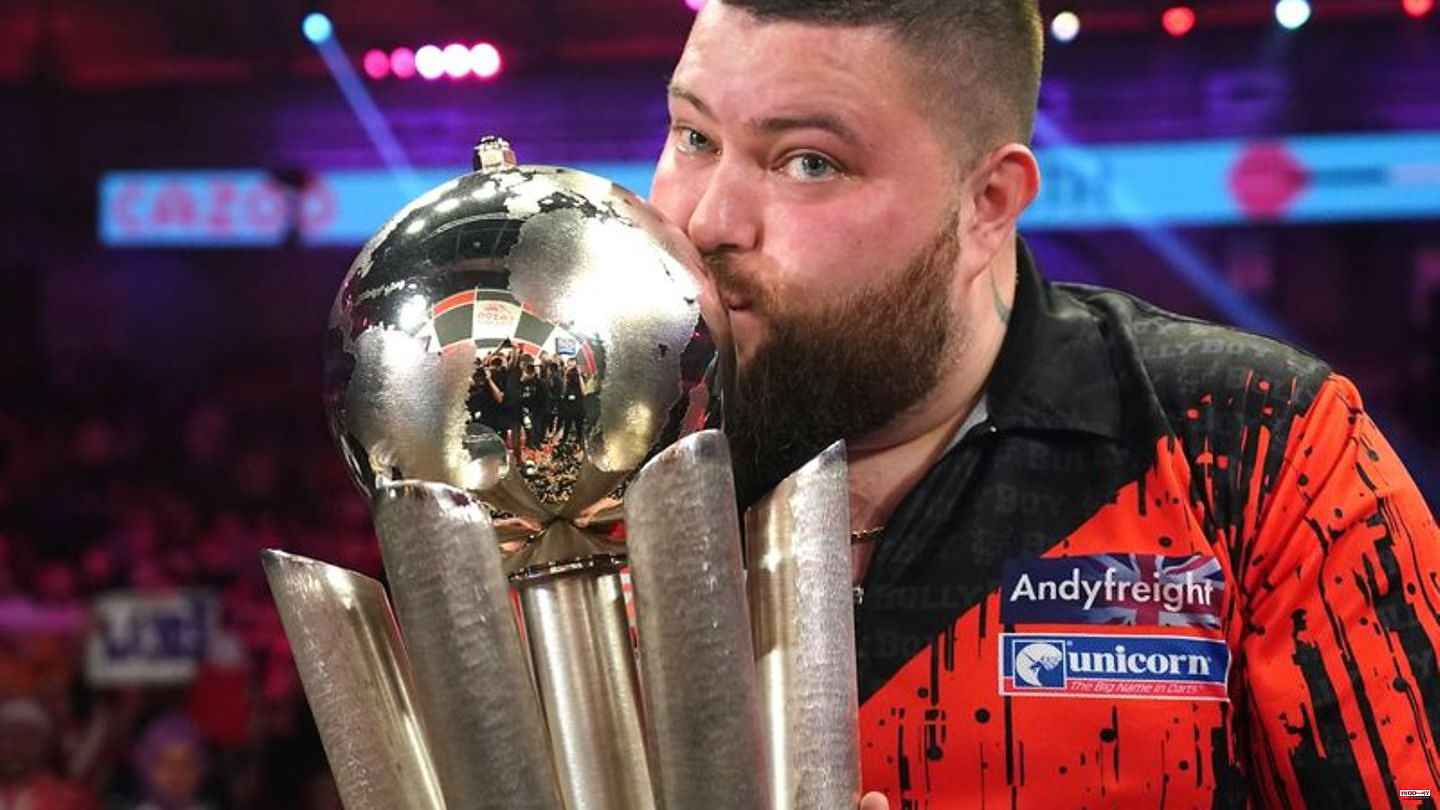 For World Champion Michael Smith, this memorable darts night in London was never to end. When the winning photos were taken with his wife Dagmara and their two sons in Alexandra Palace and all the interviews were completed, the "Bully Boy" was far from going to sleep.

He watched his historic nine-darter in the 7-4 final victory over Dutchman Michael van Gerwen about "a million times" that night. Barely two hours after the perfect game, he was World Cup champion for the first time, number one in the world for the first time and was £500,000 (around EUR 565,000) richer.

Smith later put the 25-kilogram Sid Waddell Trophy in the corner of his hotel room in awe. On the night of the big victory, the 32-year-old Englishman kept posting photos from his hotel bed - of course proud and in the best of moods. "Can anyone get this thing out of the box? It's too heavy," Smith wrote on Twitter with a smiley smile. The gripping endgame, including Smith's nine-darter, had so electrified the crowds and pundits that TV pundit Wayne Mardle had to be substituted during the game because he no longer had a voice.

The darts world elite bowed to the first-time champion from St. Helens, a city of 100,000 between Liverpool and Manchester. The vacated Premier Gerwyn Price of Wales wrote: "Well deserved. Many more to come. Enjoy." The German Gabriel Clemens, who lost in the semifinals, also congratulated him that night. 16-time world champion Phil Taylor summed it up after the game, which darts promoter Barry Hearn described as "promoting the sport": "Welcome to the club."

The Smith path has long been marked by setbacks and heavy defeats. Now in just 44 days he has fixed all his flaws and just changed the ranking of the darts world. Victory at the Grand Slam of Darts in Wolverhampton, UK, in November was his first major title, having previously been announced as champion of the Shanghai Darts Masters due to a lack of alternatives. Now the father of two has reached the top of the trend sport - and has dispelled any remaining doubts about his suitability for the title at the really big events.

Nine-darter in the World Cup final

"The feeling I had right after my win will never be topped. No matter what I do in this sport in the future," said Smith, who fought back tears and immediately after the converted match dart and a handshake with loser van Gerwen from the world's biggest darts stage ran to squeeze his wife and kids in his box. Smith has long since immortalized the priorities he sets in his life on social media. First his family, then his pets - then the rest, including darts.

The nine-darter in the second set was the spectacular end of a spectacular World Cup on Tuesday. It was probably the best leg in the history of this sport, because previously van Gerwen also played eight perfect darts. Ex-professional Mardle failed the voice completely, Smith later said in the direction of the 3500 disguised and wildly celebrating fans: "The audience deserves this nine-darter." For the world champion, the triumph in London should only be the beginning of an era. His goal for the future: dominance. "I want to take over this sport but Michael is still here," Smith said. It is now 1-1 in World Cup finals. "But I don't think it will be our last."

After two failed attempts in 2019 (3:7 against van Gerwen) and 2022 (5:7 against Scotsman Peter Wright), the big drama in World Cup finals should now be over. Four years ago, Smith wanted to win the final days before his wedding so he could walk down the aisle with the trophy in his hands and his entrance music. "Do you want to take reigning world champion Michael Smith as your husband?" His fiancé (now a wife) was asked - but nothing came of this scenario.

Last year, Smith had a new dream. When he won the world title, he tried to convince his wife to buy a bull and name it Ferdinand. "You can't come to my house and not see a cop, can you?" Smith, known as "Bully Boy," announced at the time.

The topic could now - exactly 365 days later - become topical again. But first the world champion devoted himself to the moment on Wednesday night. The Englishman sent photos from his room until the early hours of the morning. The World Cup was in the corner, a bit of teleshopping was on the TV - and Smith was just happy.

1 Biathlon: The Röiseland couple before the premiere:... 2 "Glass Onion": Sequel is the third most... 3 TV soaps: This is what happens in the soaps today 4 Mobility: BMW sold fewer cars in 2022 than in the... 5 Driver's license exchange: These deadlines apply:... 6 New: Nio EC7 / ES8: The one-two from Hefei 7 US actor: After an accident: Jeremy Renner posts a... 8 Vatican: Pope Francis praises Benedict as a great... 9 Justice: Myanmar: Junta wants to release 7,000 prisoners 10 Parties: Bernhard Vogel calls on the CDU to unite 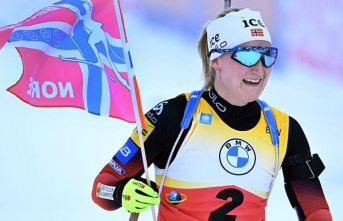 Biathlon: The Röiseland couple before the premiere:...