More political explosiveness is hardly possible at this World Cup - and that was clearly felt a few minutes before the tricky World Cup game kicked off. 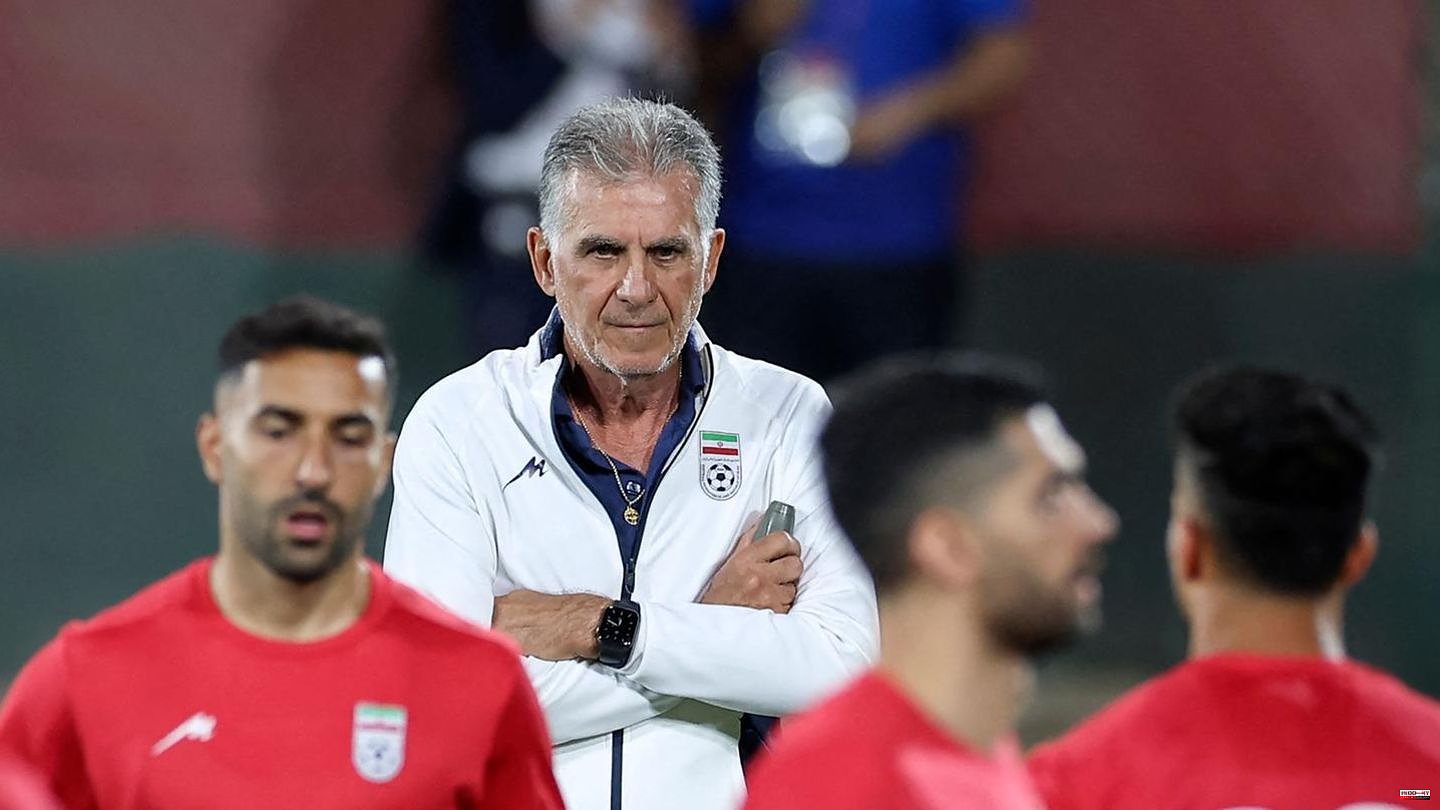 More political explosiveness is hardly possible at this World Cup - and that was clearly felt a few minutes before the tricky World Cup game kicked off. In a memorable press conference, USA coach Gregg Berhalter and captain Tyler Adams attempted to focus attention on the game's sporting significance. The two were asked about racism, visa regulations or military matters, among other things. He can't say anything about political things, he's a football coach, said Berhalter.

For the first time in 24 years, the Iranian national team will face the USA, the country's nemesis, at a World Cup. The game was already charged at the 1998 tournament in France, and the 2-1 win in Lyon is still celebrated today by officials in the Islamic Republic as the greatest success in national football history. In the midst of the heaviest protests in decades, the pressure on Iran's Team Melli is much greater in the eyes of the world public today. The sporting starting position for Iran is promising: The national team on Tuesday (8 p.m. / MagentaTV and ARD) against the US selection is enough to progress, a draw may also be enough.

The goal scorers of the 1998 World Cup, Hamid Estili and Mehdi Mahdavikia, were celebrated as national heroes after their great performance. But today everything is different. Because of the violent action taken by Iranian security forces during the protests, many prominent stars have turned their backs on the state. Mahdavikia resigned as coach. Ali Karimi, the former FC Bayern professional, has been addressing sharp words to the Iranian leadership for weeks.

And ex-national player Voria Ghafouri was arrested last week after criticism. There were conflicting reports of a release on Monday afternoon. The government-affiliated Tasnim news agency reported that Ghafouri left prison after posting bail. However, the Mizan news agency, which is close to the judiciary, reported that he was not free.

"We support the people of Iran and the Iran team. But we are all focused on the game," said former Leipzig player Adams on Monday.

Even before the protests broke out, the World Cup draw made it clear that the games against political rivals such as England or the USA would not only focus on football. For the Iranian Football Association it was not about goals and points, but above all about the performance against the "Great Satan" USA. This game must not be lost, said Tehran.

"I've played and trained in different countries. You meet so many people and football unites. The game will be hard-fought – because both want to get through and not because it's about politics. We want to fight to get through, that's it." , said the US national coach Berhalter and demonstratively pointed out the sporting focus of the game. "The game against Iran is like a knockout game - win or go home."

The former national coach Dragan Skocic, who had confidently led the team to the World Cup, felt the pressure on Iran's selection. According to the Iranian Football Association and the political elite, however, he "didn't have what it took" to do more. A little later it became known that the Portuguese Carlos Queiroz should take over this job. The 69-year-old was previously head coach between 2011 and 2019 and led the country to the 2014 and 2018 World Cups, but failed in the preliminary round both times.

He looks forward to the duel with special feelings and great respect for the opponent. "It's a very, very special game for us," said the 69-year-old on Monday after being greeted with applause by some journalists in the press conference room. That also applies to him personally, since he once worked as a coach in the USA. He was visibly trying to focus on the sport before the duel between the two political arch-enemies. "We all know how important the game is. It could be a new historic day for our country," said Iran forward Karim Ansarifard.

The expectations of the national team are huge. While the leadership of the Islamic Republic promises a tailwind in domestic politics if they reach the round of 16, the supporters of the protests on the world stage are demanding a sign of solidarity. While Team Melli made a mark by not singing the national anthem against England, under pressure against Wales the players relented and sang the anthem – albeit rather dispassionately.

After the shameful 6-2 defeat in the opening game against England, all football experts were expecting a debacle. Head coach Queiroz and officials are said to have made it clear to the players that their solidarity with their protesting compatriots has no place at a World Cup. In a dramatic game, Iran beat Wales by two goals in added time. Suddenly the door to the round of 16 is wide open again.

With a victory against the USA, the political leadership in Tehran is also hoping for a new national feeling. At the same time, a defeat also harbors the risk of the exact opposite. In any case, many Iranians are divided over whether they can celebrate the team's success, while hundreds have been killed at home and thousands arrested. The tension is high, which is why a sports journalist in Tehran said a few days before kick-off: "This is the mother of all games." 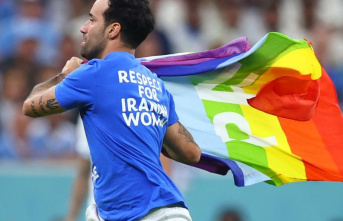