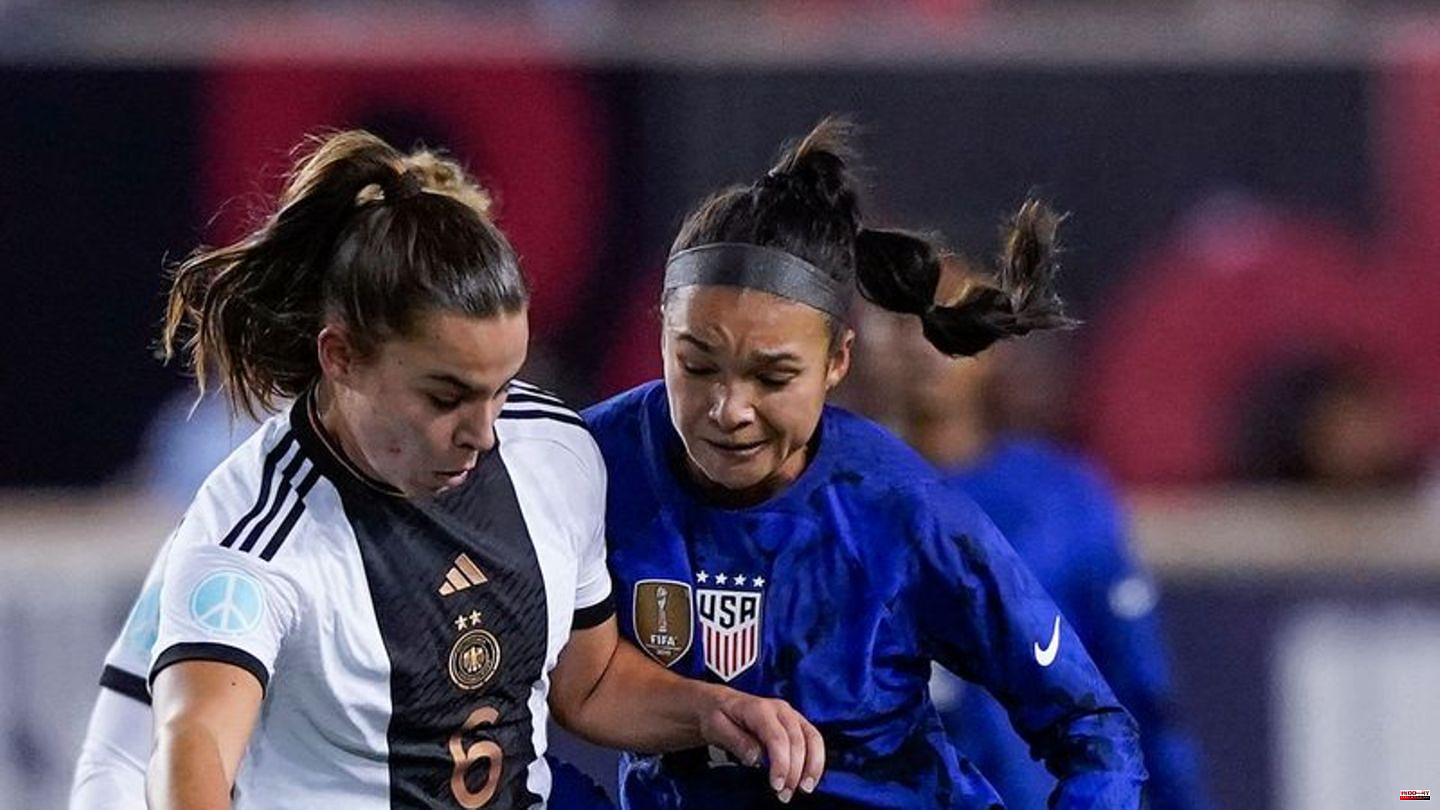 Then, after the instructive trip to the USA, the European Vice-Champions flew back from New York. For the national coach, the next phase of preparation for the 2023 World Cup in Australia and New Zealand began on Monday. At first there were concerns about Lena Oberdorf.

Because the DFB women had to put up with a lot on Sunday evening in Harrison. Three days after the 2-1 win against the world champions in Fort Lauderdale, this time it was a 2-1 defeat. Wolfsburg's Jule Brand scored for the away team in front of 26,317 spectators in the Red Bull Arena (18th minute). Sophia Smith and Mallory Pugh then turned the game around (54th/56th). After a sovereign first half, the German selection was shaken up by the Americans after the break.

Voss-Tecklenburg noticed "a slight break" in their team's game after Oberdorf's early exit (33'). The Wolfsburg defensive midfielder, who is so important, had to go to the hospital for an X-ray with a shoulder injury. "She fell on her shoulder. We hope it's not that bad," said the national coach about the 20-year-old. Her downtime is still unclear. "An exact diagnosis should be made after your return and further examinations in Germany," said the German Football Association.

"We got off to a very, very good start in this game," summed up Voss-Tecklenburg. After the break, however, they made mistakes and sometimes acted improperly - "that punished the USA with their outstanding quality". The national coach admitted that defender Kathrin Hendrich, her defensive colleagues Sjoeke Nüsken and Nicole Anyomi (both Eintracht Frankfurt) were swimming: "In the second half, a lot was wrong."

It is precisely from this that Voss-Tecklenburg and her coaching team are hoping for an enormous learning effect. While the players are now throwing themselves back into everyday Bundesliga life and the aces from VfL Wolfsburg and FC Bayern Munich are also continuing in the Champions League, the DFB staff is planning a training camp in Spain and a home international match for February. Meanwhile, the World Cup preliminary round opponents Morocco, Colombia and South Korea are being observed.

At the tournament from July 20th to August 20th, Voss-Tecklenburg is also hoping for the experience of substitute keeper Ann-Katrin Berger. The 32-year-old from Chelsea played in the second game against the USA in place of regular keeper Merle Frohms and was replaced by Almuth Schult in the second half. After the European Championships in England, Berger made it public that her thyroid cancer had returned.

However, she has been back on the field for some time after radioiodine therapy, even if the results of the treatment are still pending. Berger listened to the national anthem with a happy face. "I saw that smile as well. That made me very happy because I know that it was something special for her after cancer to play here in front of 26,000 fans. And those are the really important moments," said the national coach. 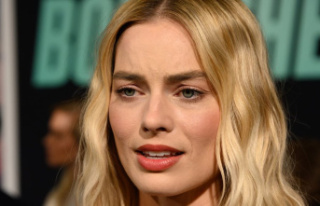 Margot Robbie: But no "Pirates of the Caribbean"...