Unsportsmanlike agents: This World Cup gets the winner it deserves

Attention, dear reader, this text needs a disclaimer in advance. 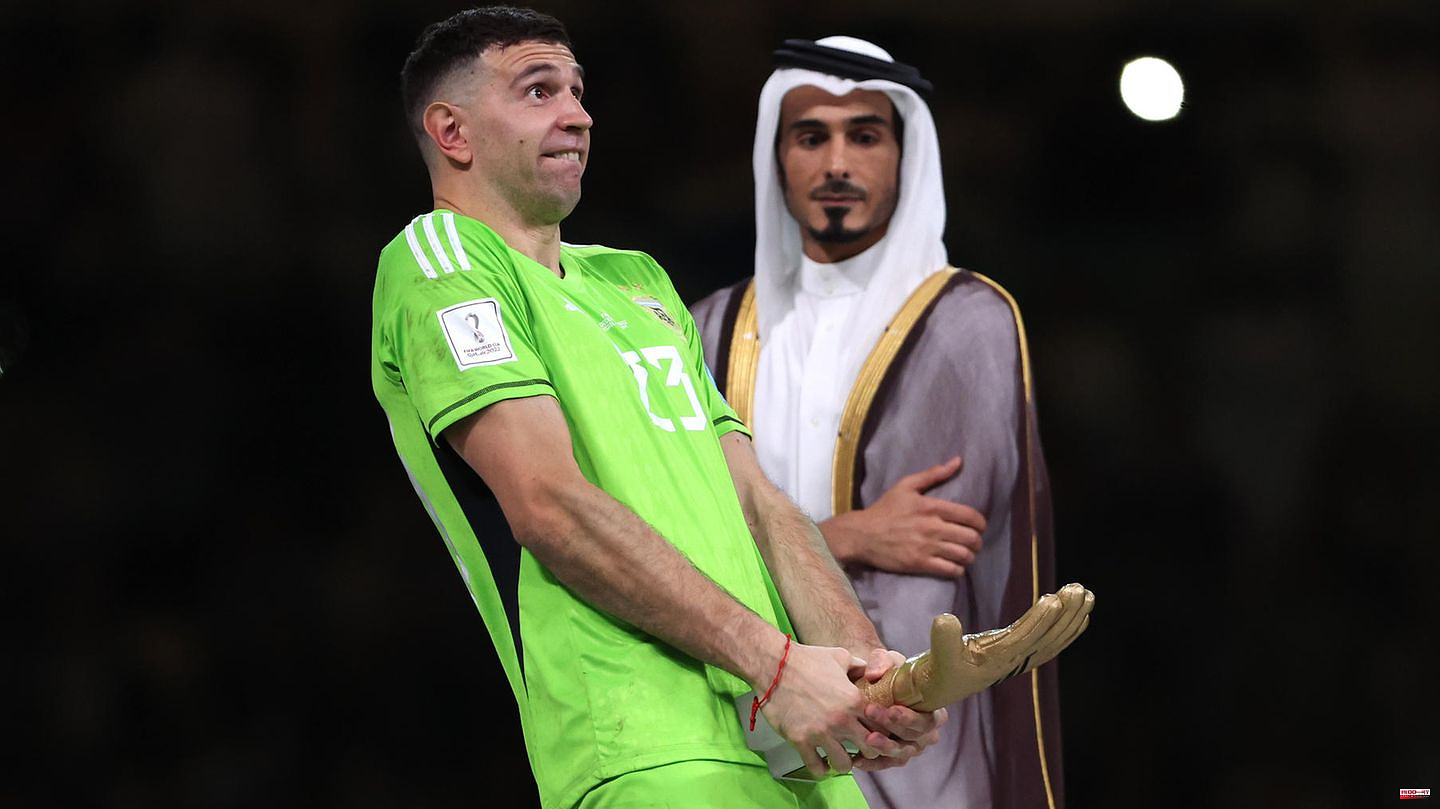 Attention, dear reader, this text needs a disclaimer in advance. Don't get us wrong: Argentina deserved to be world champions. The squad around superstar Lionel Messi improved from game to game in Qatar, fought as a unit and in the end rightly won the title of best football team in the world. In terms of sport, you can only treat Messi as a football fan. He is probably the best player who has ever played this game. Now he is crowning his gigantic career with the greatest success there is to celebrate. From the bottom of my heart: Congratulations!

But, and this is a big but: it leaves a stale aftertaste HOW his team behaved on the way to the title. The Argentines also became world champions in unsportsmanlike behavior in Qatar.

Goalkeeper Emiliano Martinez is an example of this. The 30-year-old played a great tournament, saving two penalties for Argentina and saving with a world-class defense in the final seconds of extra time against Randal Kolo Muani. The Argentines can also thank him for the World Cup title. Fifa then rightly named Martinez goalkeeper of the tournament.

At the ceremony, however, he showed that he's not only a very good goalkeeper, but also, well, a dork. Grimacingly, he held the trophy in front of his crotch in a taunt, he later said, to mock the French.

They weren't impressed by Martinez's little bits. During the penalty shootout, for example, he demonstratively threw the ball to the edge of the penalty area when Aurelien Tchouameni wanted to take what was probably the most important penalty of his career. Mind games with success: the Frenchman forgave.

While celebrating in the dressing room, videos now show Martinez maliciously asking his colleagues for "a minute's silence for Mbappé". The French superstar had scored three goals in the final, which in the end were still not enough for the title. Every football fan's heart bleeds, Martinez smiles at the expense of the tragic hero. That is arrogant and grossly unsportsmanlike, it is simply dishonorable.

And Martinez is not an isolated case: after the semi-final victory over Croatia, videos from the dressing room in which the Argentines happily taunted their opponents were leaked to the public. It was about "English bastards" and the war for the Falkland Islands. Long-term rivals Brazil also lost their fat. Argentina didn't play England or Brazil in Qatar.

It's one thing when fans sing lyrics like that. Players should never stoop to it.

The Argentines often showed their ugly face on the pitch. The gauchos are known for a rough gait anyway, play hard, stand on their feet. So far so good. That's part of it. Such teams are uncomfortable to play. On the other hand, the Argentinians were very delicate, repeatedly dropped theatrically, quarreled massively with referees during and after the games and in the final, when they were 2-0 in front, they used tactics with heavy time wasting. They used every foul, no matter how small, to stay down and act. The old rule also applies on the soccer field: if you hit it hard, you should be able to take it.

The Argentinians delivered what is probably the dirtiest game of the tournament in the quarter-finals against the Netherlands. An example of unsportsmanlike behavior is a scene just before the end of regular time. It's still 2:1 for Argentina, Leandro Paredes mows down his opponent Nathan Ake near the touchline, completely over-motivated, the ball spins to the touchline. Paredes jumps up, sprints the few meters to the ball and chases it with full instep into the Dutch bench. The players jump up, of course, and packs form. Paredes sees yellow for the foul, but not for the unsportsmanlike action. All credit to motivation and fighting spirit, but nobody needs such actions. You are unworthy of a winner.

And even Messi, the man Argentina is all about, hasn't always been at his best in Qatar. He provocatively celebrated his goal from the penalty spot in that game with a gesture in front of the Dutch bench. In an interview after the final whistle, he mobbed his opponent's double goal scorer with the words: "What are you looking at, you idiot?"

In the end, the Argentines will probably not care at all. They have achieved their goal - only they have subordinated behavior and sportsmanship to this goal.

So what? That's how you win big tournaments, you might argue. Could you. But there are plenty of counterexamples in the world of sports. Where the greatest have stayed in their greatest moments, as have the greatest sportsmen. Roger Federer, quasi the Messi of tennis, has spent his entire career like this. Rafael Nadal as well. And in football, the great Carlos Puyol was known for catching his team-mates when they jeered after a goal.

But this World Cup didn't deserve so much sportsmanship. This World Cup played in a country where opinions are suppressed and women are subjugated. Organized by a corrupt Fifa, led by a clown who proved in Qatar that he has finally lost touch with reality.

An unsportsmanlike winner suits this Fifa and this organizer quite well.

1 Looking for a new boss: She was one of the first women... 2 Prince Louis: Is he getting his next big appearance? 3 Angela Merkel: True Crime Podcast about Richard Wagner 4 Infrastructure: Bundesbank: A dense network of ATMs... 5 Natural gas: Network Agency: Close monitoring of gas... 6 Tesla Semi: "Totally stupid vehicle" - Why... 7 Adele: She is said to be planning her own lingerie... 8 Elon Musk: He loses his own Twitter vote 9 Defense: Lambrecht suspends additional purchases of... 10 A few days left: late? Ten ideas for beautiful last-minute... 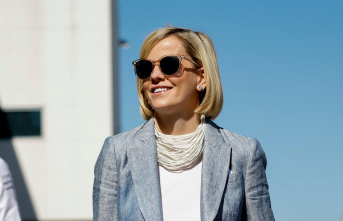 Looking for a new boss: She was one of the first women...