TV review: The World Cup on TV: "I'm glad the Fifa circus is over" – but it's only just begun

Those who tend to read the headline hastily might have been a little surprised just before the game started at the Lusail Iconic Stadium. 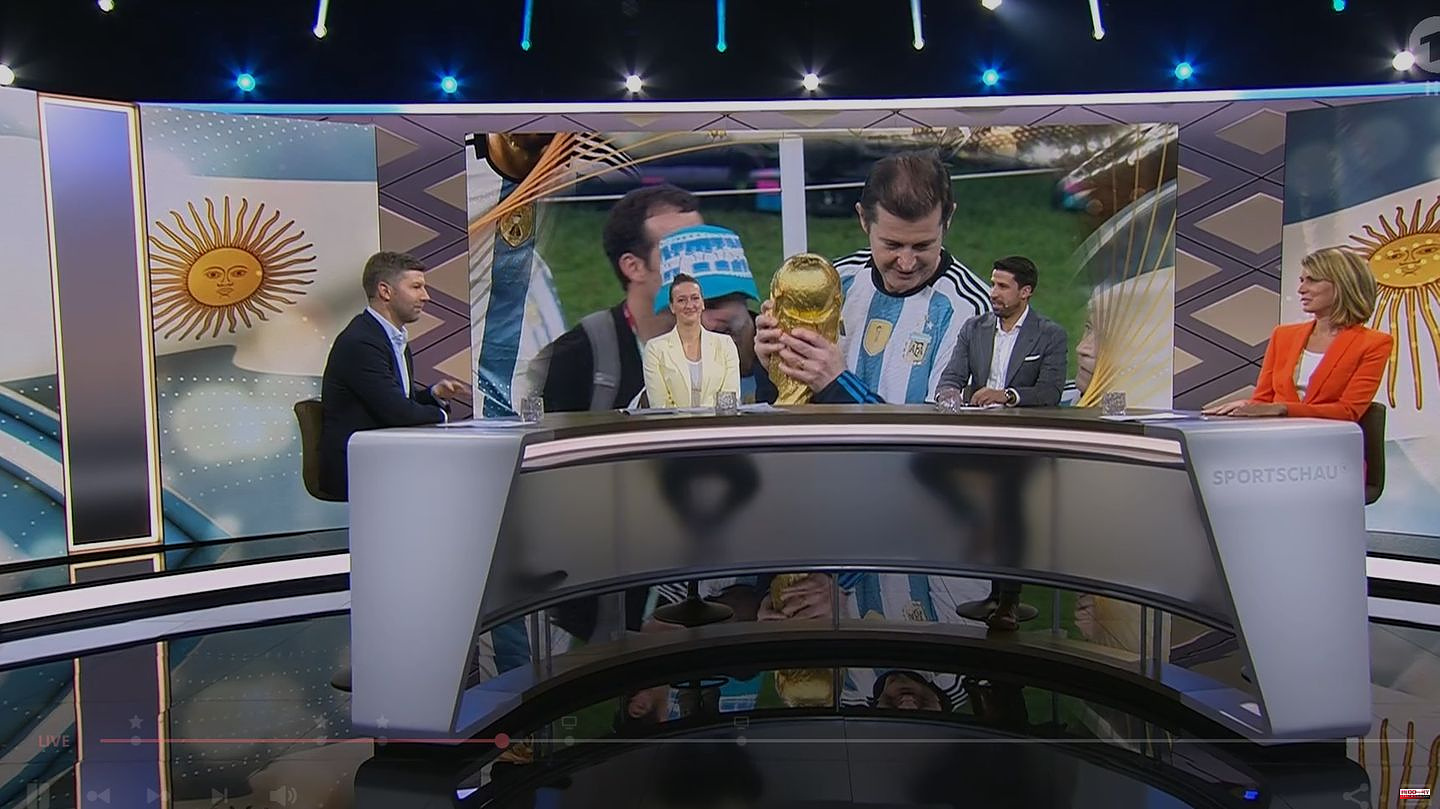 Those who tend to read the headline hastily might have been a little surprised just before the game started at the Lusail Iconic Stadium. The commentators Tom Bartels and Thomas Broich were announced on ARD – and not Julia Metzner. She had been communicated in the last few days as the first final commentator at a soccer World Cup. A sensation? Perhaps. In any case, an important step in the media evolution of football, even if Metzner “only” commented on the radio – as all those who read beyond the headlines and sketches knew of course long ago.

With the tom-tom tandem, the commentator seat in the television final was traditionally occupied twice, a football evening that the two will certainly not forget. "The greatest show in the world," Fifa boss Infantino had promised, among other things. Those who didn't boycott and instead gave themselves to the final between Argentina and France experienced exactly that in football terms: the greatest show in the world, one of the craziest matches ever in the history of the World Cup finals.

The evening had started with rap and noise, a compact closing ceremony and a TV round, which apparently also took a deep breath that it was over now. Jessy Wellmer as the cue giver, plus Almuth Schult, who at times seemed a bit underwhelmed over the course of the tournament. As a key position between two football diplomats like Thomas Hitzlsperger and Sami Khedira, that fit. In combination with somewhat more rowdy sparring partners like the ZDF couple Mertesacker/Kramer there might have been more. "The Hammer" Hitz and Khedira also repeatedly went there where it hurts, but the atmosphere in the first was sometimes between the morning magazine and the political round, keyword handbrakes, with the balancing act between football reporting and a critical Qatar perspective undisputedly leading to the Gordian knot of this tournament mattered.

Esther Sedlaczek was one who smashed him extremely powerfully, and she was a real asset, especially given the defeat of the German team in the preliminary round. Olli Bierhoff should not have forgotten these wing pliers for a long time after leaving, Basti Schweinsteiger also straightened up as a result of his brilliant television partner, from then on he switched so snappily to the analytical that you almost, but only almost, his commercial singing in the shower had forgotten. On the last day, the last diplomatic shackles were thrown off. When asked whether this was the best World Cup of all time, Basti countered in the classic "Mia san mia" mode: "No, the best World Cup was with us, in Germany in 2006. We showed the world what our values ​​were are." Well then, with a view to the allegations of corruption in connection with the summer fairy tale, at least a questionable assessment.

As a shirt-sleeved, or more barefoot version, ZDF with Jochen Breyer and the already mentioned Mertesacker and Kramer may have worked better, more flippantly, researched against and with the verbal ball, but one would have to ask oneself with both stations whether the regular seat guarantee over the entire length of such a tournament really makes sense, or to put it another way: Couldn't the expert panel be exchanged at the change of week? Fresh player material every seven days, surprising rounds, more diversity, variety, surprises should certainly do the ultimately limited subject area good.

Keyword subject area: The focus was also sharp for long stretches with the commentators Tom Bartels and Thomas Broich, time and time again the good Messi found himself in it, not surprisingly. Messi here, Messi there, a dream come true. Tears, goals, triumph. Bartels even looked at the Vatican in view of this consistently memorable finale with the happy ending hero outshining everything: "The Pope is Argentinian." Whatever that meant in this case.

"I'm glad the Fifa circus is over," Thomas Hitzlsperger exclaimed at the very end of the show, and it was completely believed. However, anyone who had just seen Infantino holding Leo Messi, dressed in a kind of fishing net, on the winner's podium and directing, pushing and directing him, realized at the latest: The Fifa circus has only really begun. 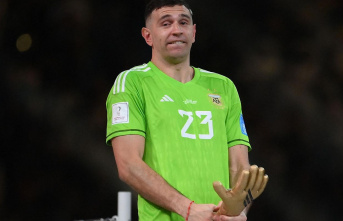