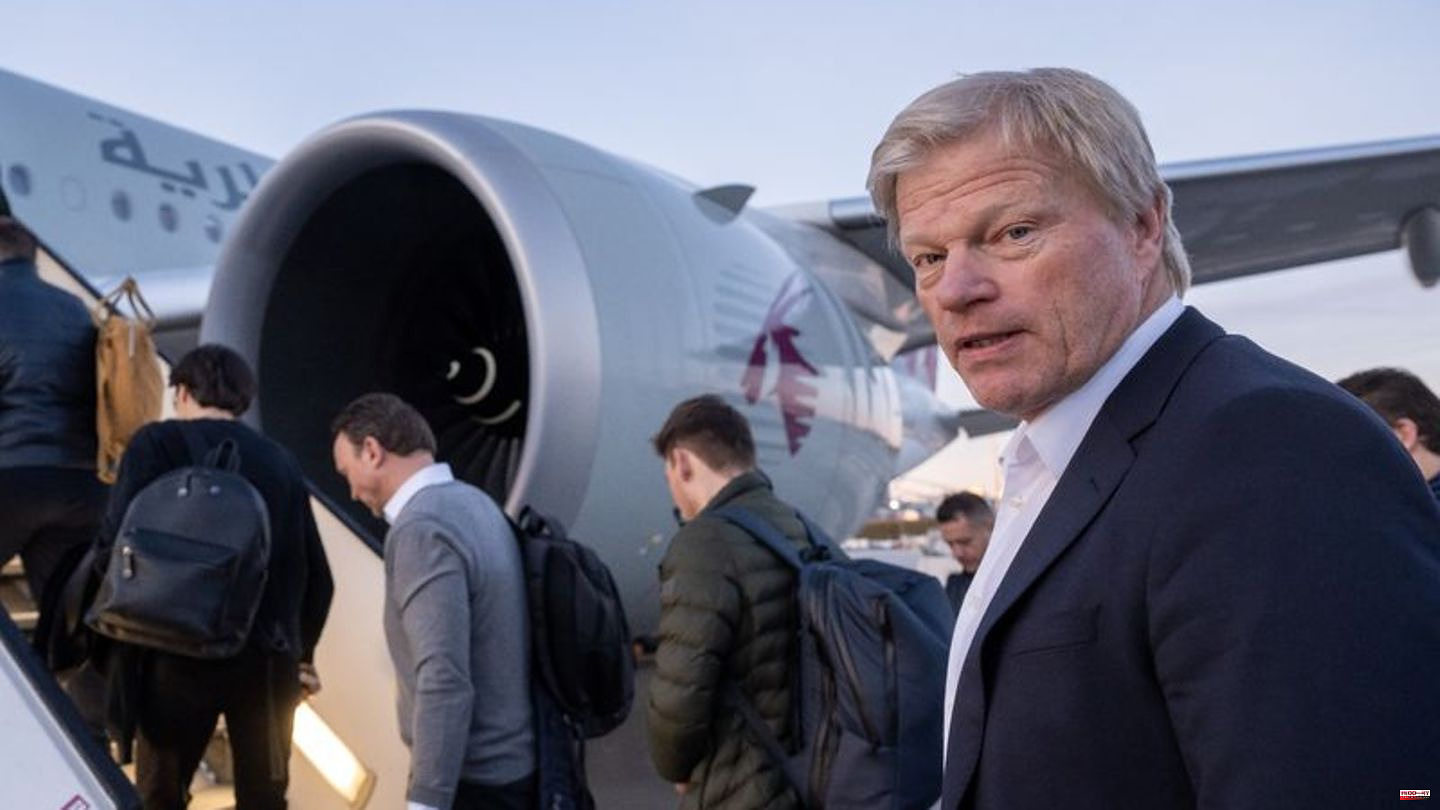 Oliver Kahn started his delicate Qatar mission in good spirits and very close to the FC Bayern team. At check-in at Munich Airport, the CEO of the record German soccer champions chatted about his recent World Cup experiences in the emirate on the Persian Gulf.

He then waited in business class on board the Airbus 350 from Bayern sponsor Qatar Airways for the team around trainer Julian Nagelsmann and the newcomer Daley Blind, who had signed the day before and who climbed the gangway alongside his Dutch compatriot Ryan Gravenberch.

The charter plane took off for rainy Doha with a slight delay. In the desert, Nagelsmann wants to lay the foundations for a second half of the season blessed with titles with the Bundesliga leaders, who are plagued by failures, by next Thursday. "We want to go full throttle," said sports director Hasan Salihamidzic on "Sky".

Neuer not present in Qatar

Of course, the eagerly awaited goalkeeper replacement for captain Manuel Neuer, who is no longer fit this season after breaking a ski leg, was still missing on board. Yann Sommer is the option that Munich is focusing on. The 34-year-old is "already an issue, of course," confirmed Salihamidzic. But Borussia Mönchengladbach first needs a replacement before the transfer of Switzerland's number one could go through.

"We are examining our possibilities and options. We will make a decision in the near future," announced Salihamidzic about the goalkeeper's solution. There are still two weeks left until the first league game in 2023 at the pursuer RB Leipzig. "Replacing Manuel Neuer during the winter break is of course extremely difficult because not many clubs want to give up their number one," said Kahn in the "Bild" interview.

In the case of the 99-time Dutch national player blind, however, Bayern had a clear course. The World Cup participant, who has had to play with a pacemaker since 2019, was brought in at short notice to replace Lucas Hernández (torn cruciate ligament). Blind had recently terminated his contract with Ajax Amsterdam after differences with coach Alfred Schreuder. He was on the market for a free transfer. Blind can defend left inside and outside. His commitment until the end of the season makes sporting and financial sense. And it is a signal of Munich's determination to attack in the Bundesliga, DFB Cup and Champions League.

"He has great international experience and leadership qualities. I'm sure he will help us," said Salihamidzic. Blind immediately expressed himself in the best Bayern style: "We are now faced with the most important part of the season, in which the titles are at stake - and a club like FC Bayern can win any trophy. The hunger for titles here in the club was decisive for my decision."

Full-back Noussair Mazraoui will be absent for the first time in Qatar and beyond. The Moroccan international had tested positive for the corona virus during the World Cup. According to Bavaria, a follow-up examination in Munich revealed "a mild inflammation of the pericardium". Marcel Sabitzer, who was ill with the flu, also did not fly to Doha, falling behind in the fight for the regular places.

Kahn is also concerned with possible aftermath of the World Cup. The DFB players around Joshua Kimmich, Jamal Musiala and Thomas Müller finally return in the new year to the place they had almost fled five weeks ago after Germany's early World Cup exit. Kahn's motivational formula goes like this: The top performers around Kimmich, who have been rested for weeks on vacation, should transform the World Cup frustration into positive Bayern energy.

Kahn's second main topic during the trip abroad is the extremely lucrative partnership with Qatar Airways, which is also extremely controversial among Munich fan circles. "We will start the talks now," said Kahn. The five-year contract expires in the summer. According to Kahn, it is now a matter of "reassessing interests". The World Cup in Qatar is history. Do companies like Qatar Airways want to continue investing heavily in football? Qatar's new sporting direction could be the Olympics.

The Bavarian leadership would benevolently examine a new million-dollar offer. As Kahn said at the annual general meeting before the World Cup: "We are the absolute top sponsors in Europe - and we have to be." Replacements in the aviation sector would be difficult to find. 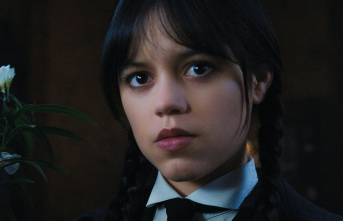 "Wednesday": Netflix hit gets another season