Soccer World Cup: The king is proud: Morocco is getting on its feet 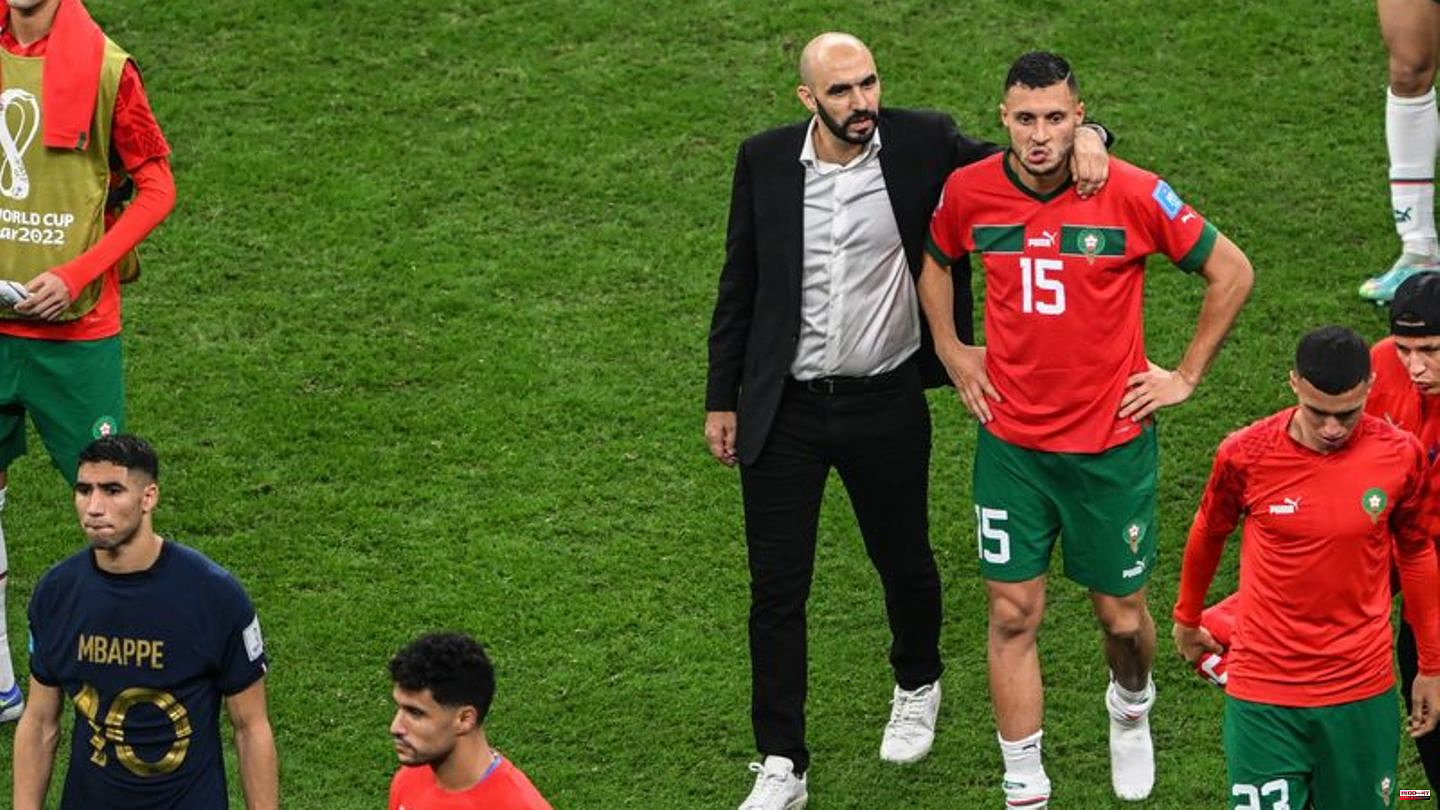 At the moment, none of the football lions from Atlas was thinking about the competitive game for third place this Saturday against the equally disappointed Croatians. And to be able to feel the pride of an entire nation looking through the pane of the deep black Qatari night, the drive back through the desert from Al-Bait Stadium was probably too short. But that is yet to come.

"I said to the players: I'm proud of them. The king is proud of them too, the whole Moroccan people are," reported national coach Walid Regragui after the 2-0 semi-final defeat against world champions France. According to media reports, King Mohammed VI. personally called to congratulate the historic achievement in Qatar. "My players showed their best and gave everything. They are disappointed, they wanted to continue writing the story," said Regragui. "But you can't win a World Cup with miracles."

It would not have come as a surprise if the brave Moroccans, who appear as a united unit like no other team at the World Cup, had also beaten the Équipe Tricolore after Belgium, Canada, Spain and Portugal. France's star player comforted his Parisian teammate Achraf Hakimi on the pitch. "We played a great game," said goalkeeper Yassine Bounou, better known by his nickname Bono. "We dreamed of reaching the final."

Millions of people shared the dream - in Morocco, of course, but also in other parts of the Arab world, for which Morocco had superficially become something of a symbol of unity over the past few days of the World Cup. Thousands of people took to the streets in European cities, and more than a million Moroccans live in France. On Thursday morning, the sad news spread of the death of a 14-year-old boy who was hit by a car in Montpellier and fatally injured. Occasionally there were riots.

A good 30,000 Moroccan fans watched the first semifinals of an African team in the desert tent arena. In the end, however, France's head of state Emmanuel Macron, who was congratulated by Morocco's king over the phone, rejoiced that the Équipe Tricolore had reached the final again. "After an extraordinary encounter, luck did not smile on the national team," wrote the Moroccan newspaper "Yabiladi". In rainy Casablanca, despite the defeat, loud horn concerts sounded throughout the night. Several fans chanted on the way home.

"We have to show performances like this regularly in Africa if we want Morocco to be on the football map," said Regragui. "We want to qualify for every World Cup so that it's normal for people in the future. We've achieved a lot, we've shown that we can compete with the top teams. We have to show that regularly and prove that it's no coincidence was."

In the few hours before the match for third place on Saturday (4:00 p.m. CET), the coach has to do some groundwork. "It's difficult to plan for the future after a defeat," said Regragui. "It will be a mental challenge, we have a lot of injured players. We want to win." The 47-year-old announced that he would give those professionals who had previously had to watch play time. "We need some time to recover and then we'll start the game. We want to finish third to make our country proud," said the coach. 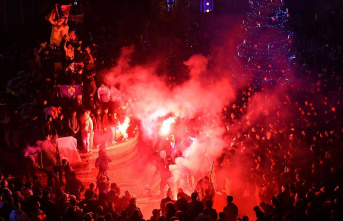 After reaching the final: 14-year-old dies at World...