Max Verstappen did not take his first chance for the title on the hot, stormy night in Singapore, but despite a messed-up race he can become Formula 1 world champion for the second time in a week. 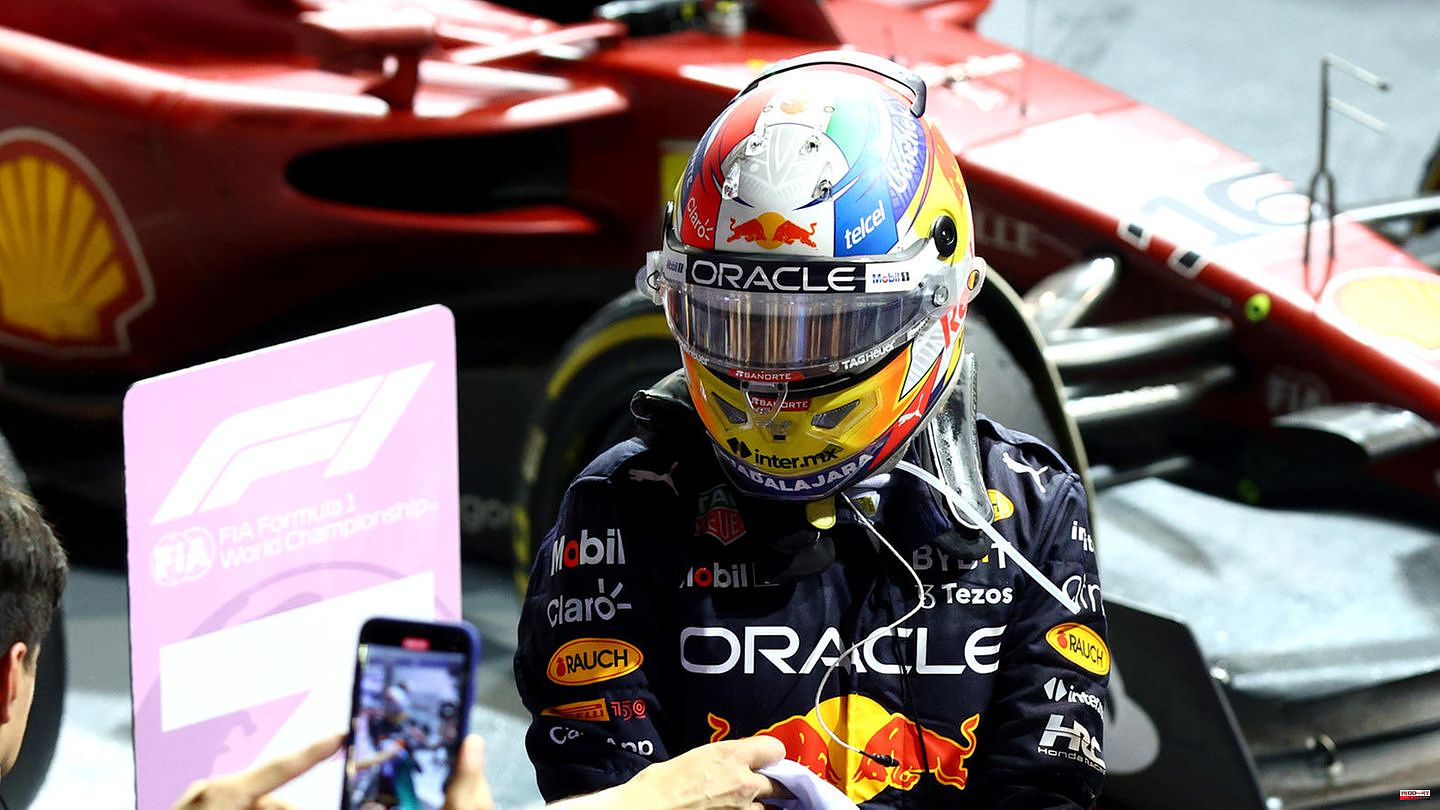 Max Verstappen did not take his first chance for the title on the hot, stormy night in Singapore, but despite a messed-up race he can become Formula 1 world champion for the second time in a week. After a violent thunderstorm, the Dutchman was only seventh after five wins in a row on Sunday and had no chance when his Red Bull colleague Sergio Perez triumphed. Ferrari drivers Charles Leclerc and Carlos Sainz secured second and third place.

"It was definitely my best performance. The last few laps were really intense. I didn't feel it that much in the car, but when I got out of the car I realized how hard I was pushing," said the 32-year-old old Perez. Leclerc said: "I pushed, but after the bad start it was just difficult. I had a bit of spinning tires. Physically it was difficult."

In the overall standings, 25-year-old Verstappen (341 points) continues to lead comfortably ahead of Leclerc (237) and Perez (235) after 17 of 22 races. The successful title defense could make Verstappen perfect next Sunday in Suzuka. If the leader has a lead of 112 points after the Japanese Grand Prix, the World Championship trophy cannot be taken away from him with four more races to go.

"Seventh is better than eighth, but that's not what I'm here for," summed up Verstappen, who already messed up the start, on Sky: "Then I'm in the points from behind, but that's not where I want to be." Meanwhile, Perez wished his stable rival that he would win the title in a week's time: "It would be nice for Max if he could make it clear in Japan. It would also be a fantastic day for Honda." Red Bull's engine partner is from Japan.

Perez himself initially threatened trouble after the winner's fireworks and the party on the podium. The motorsport world association Fia investigated an incident during a safety car phase and called the race stewards for an interview. Perez is said to have been more than ten car lengths away from the safety car and was subsequently given a five-second time penalty. Only five are allowed. More than two hours after the end of the race, the Fia only decided at 1.45 a.m. on Monday morning local time. He also received a warning for a similar offense.

Sebastian Vettel steered his Aston Martin into eighth place without any major incidents and secured the points he had hoped for. "One lap or two would have been good," said Vettel, who ended up having to be overtaken by Verstappen. Mick Schumacher finished 13th in the Haas racing car under floodlights and was again empty-handed as penultimate. "It's a shame because the chance was there. Sixth place was definitely on the cards if we were to pit a lap later," said Schumacher.

It was only more than an hour late that we started on the still very wet track. Heavy rain had caused a delay, at times it had poured so heavily that a normal race was no longer an option. However, when the Grand Prix was released after a significant improvement, Leclerc quickly lost his first place on the grid. Perez got away best and took the lead. Verstappen, on the other hand, got off to a slow start and dropped from eighth to twelfth place. In qualifying on Saturday, his team had messed up and not fueled enough. That's why he had to abort one last fast lap angrily.

Overtaking is challenging in Singapore's narrow concrete canal. Especially if it is also wet. Nevertheless, Verstappen struggled through the field bit by bit and was already ninth after five laps. Vettel, the record winner on the Asian circuit with five victories, quickly moved up from 14th to eighth. The last time he competed on the city circuit, which he particularly likes, was before he retired in November.

The marshals had made a makeshift attempt to free the runway from the water with brooms, but that didn't work everywhere. Even though it had stopped raining long before the start of the race, the conditions remained difficult. "I don't think it dries very quickly," radioed McLaren driver Lando Norris to the pits early. At the top, Perez didn't mind, pursued by Leclerc, the duo pulled away by more than seven seconds. Verstappen was already almost 30 seconds behind when the safety car had to come out for the first time.

Departures into the barriers by Alexander Albon and Esteban Ocon brought further delays, so there was hardly any real flow of the race. Record world champion Lewis Hamilton also came off the course in fourth place and suddenly found himself directly in front of Verstappen with a defective front wing. Ferrari risked a lot when Leclerc was first in the lead group to switch to medium dry tires after 35 laps, followed shortly afterwards by Perez and Verstappen.

With the new tyres, the Grand Prix would have been almost over for Verstappen. He, too, slid off the track at high speed and ruined his tires in the process. "I have to pit," he radioed - and fell back to 13th place. Teammate Perez had to defend himself against the combative Leclerc and was successful until the end, Verstappen finally just made it into the points. 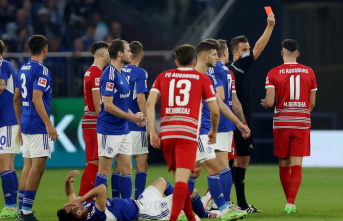 Despite the majority: Schalke loses against Augsburg...