Scientists have discovered that a forest pest that causes itchy rash in tourists and residents of Maine is spreading because of warmer temperatures. 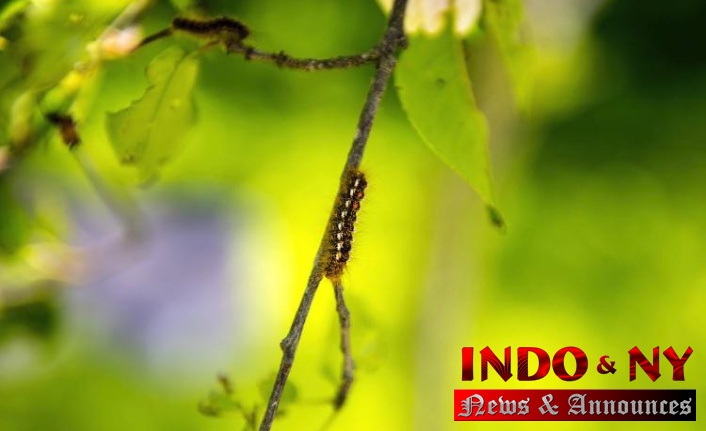 Browntail moths are a pest in America's forested state. They defoliate trees and cause rash-like symptoms in people. The caterpillars' hairs have been the source of respiratory problems in the state for around seven years.

According to scientists, increasing temperatures, particularly in fall, are key factors in the spread and growth of the moth, they wrote in Environmental Entomology. They also wrote that climate trends could make the future even worse.

Warmer fall temperatures are particularly beneficial for pesky bugs because they allow them to gain weight before hibernating for the winter, according to Eleanor Groden (professor emerita of Entomology at University of Maine) and the principal investigator of the study.

Groden stated, "If they come out those webs as strong individuals, older individuals maturity wise then they will be better able to endure that period and you will get higher populations." "And then you have defoliation in the spring. And populations are causing havoc for everyone who has them in their yard."

The browntail moth is a native of Europe, Asia, and Africa. The browntail moth was accidentally introduced to Massachusetts in the late 19th Century. It can now be found on Cape Cod in Massachusetts and coastal Maine. The Maine Department of Health and Human Services has identified the caterpillars as an insect of forest and human concern.

Since its arrival in Maine in 1904, the population has fluctuated over the years. The infestation has been growing in Maine over the years. In fact, entomologists believe that last year was the worst year for browntail bug infestations in Maine history. According to the Maine Forest Service, the bugs have increased in number and territory over the past two years.

The study revealed that early fall temperatures were a major determinant of the population's level the next year. Climate trends also "indicate continued rises in fall temperatures" since state's moth's resurgence.

This is another example of how climate changes can worsen pest problems and threaten human health, according to David Wagner, an expert in ecology and evolutionary biology at University of Connecticut. Wagner was not part of the study. He said that climate change has already contributed to the increase in disease-causing insects such as ticks and mosquitoes.

Wagner stated that climate change is an important driver of this system. This outbreak could continue to grow, which could be costly for land owners as well as a nuisance to landowners.

Maine communities have used many strategies to stop the spread of the moth. They also informed residents how to remove their nests safely. The Maine Legislature is considering creating a special grant to help pay for mitigation measures.

Groden stated that they are a difficult species to manage as they spread quickly and are not native to the ecosystem.

She said, "What are we left with is how do we mitigate the localized problems in our yards or public spaces?" 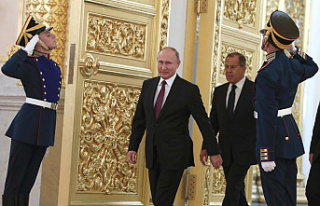 US sanctions against Russian oligarchs leave out richest...