Otto Addo leisurely strolled across the lawn and cheered Ghana's football fans after the 3-2 (2-0) win over South Korea. 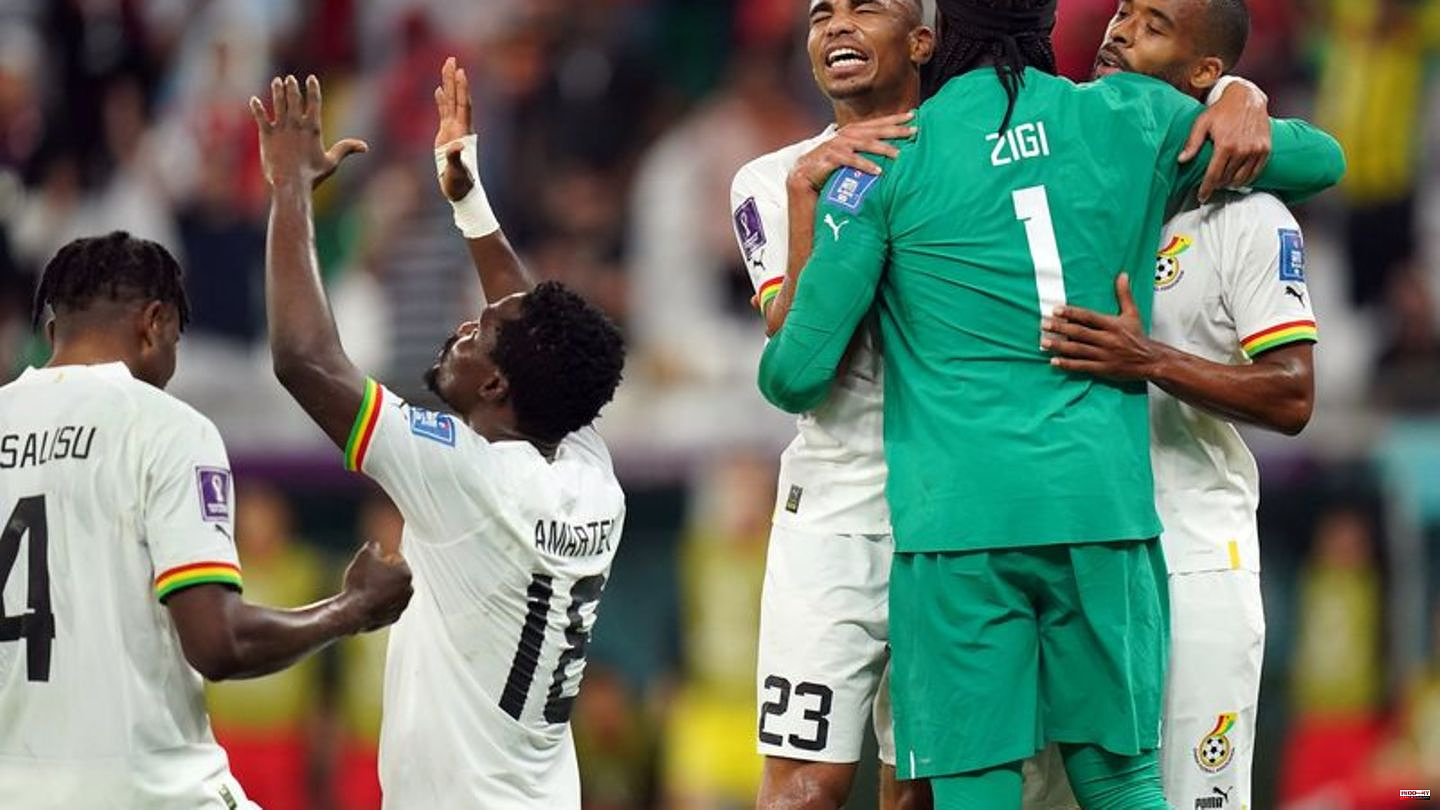 Otto Addo leisurely strolled across the lawn and cheered Ghana's football fans after the 3-2 (2-0) win over South Korea. His Black Stars, on the other hand, were almost impossible to catch after the five-goal spectacle.

The same applied to South Korea's coach Paulo Bento: After the final whistle, he talked furiously to the English referee Anthony Taylor, who then showed him the red card. Taylor had ended the encounter right before a bento-elf corner kick, preventing a possible chance of making it 3-3.

"We made stupid mistakes but a draw was deserved. We had a lot of chances to score," said Bento after the game. "It's not a fair result, I'm not happy." Ghana's double goalscorer Mohammed Kudus was all the more: "What a day! 2: 2 after 2: 0 and in the end it was 3: 2. We wanted the three points and got them," said the 22-year-old. "I'm now full of confidence for the Uruguay game. We need the same mentality there."

After Ghana's first World Cup victory since 2010, temporary coach Addo can dream of reaching the round of 16. The Black Stars are back in action in Group H with three points. The four-time African champions last survived the preliminary round in 2010, when Kevin-Prince Boateng and Co. stormed into the quarter-finals. South Korea is facing the preliminary round for the ninth time in its eleventh World Cup participation.

Southampton defender Mohammed Salisu (24th minute) and twice Ajax's Mohammed Kudus (34th and 68th) completed the win in front of 43,983 spectators at Education City Stadium in Al-Rajjan. In the meantime, striker Gue-Sung Cho had equalized with a brace (58th and 61st) for South Korea.

Addo's short-term guest appearance in Ghana's top post may well become a real success story. Only in February did the native of Hamburg replace the Serbs Milovan Rajevac as national coach and lead the team to the World Cup against their big rivals Nigeria. After the finals in Qatar, Addo wants to return to his original post at Borussia Dortmund, where he is in charge of talent development.

Ghana's selection is also talented, and with an average age of 24.4 they are the youngest in the tournament. The Africans sometimes lacked game order and cleverness, but the team presented themselves as much more goal-oriented and powerful, especially on the offensive.

It was initially the Asians who caused some dangerous actions in the early stages. For example by Cho, who replaced Jae-Sung Lee from Mainz (4th). Freiburg's Woo-Yeong Jeong was in the starting eleven from the Bundesliga. At the break, however, it was already over for Jeong.

Ghana scored the opening goal with almost the first chance to score. Jordan Ayew's free-kick caused confusion in the Korean penalty area, which Salisu took advantage of with a turning shot. Even ten minutes later, the two-time Asian champion was not up to par with a high ball. Again Ayew, whose brother André is captain and was also in the starting XI, initiated the action. Kudus only needed to decapitate. The two Ayew brothers are the sons of former Olympique Marseille star Abédi Pelé, who has been named Africa's footballer of the year three times.

In the second half, the South Koreans threw everything forward and had a great chance with a header from Cho (53'), but Lawrence Ati Zigi scratched the ball out of the corner. The centre-forward, whose number of followers on the Instagram account had increased 20-fold during the World Cup because of his appearance, quickly caught up the goalscoring. He headed in twice in four minutes, stepping in for superstar Heung-Min Son. The Premier League professional from Tottenham Hotspur, who once trained under Addo in the HSV youth team, arrived ailing after a fracture over his left eye and is still lagging behind in his form.

But once again the efforts of the Asians were not rewarded. Coach Bento's team had a few good opportunities after falling behind again, but Addo celebrated at the end of the ten-minute stoppage time.

1 Nkunku move to Chelsea fixed? Transfer at over 60... 2 Helen Mirren and Harrison Ford: First trailer for... 3 The Fantastic Four: New version of "Die Da!?!"... 4 Up to 70% discount: Oral-B-Pro 3 double pack for 65... 5 Train strike in Austria: normal operation from Tuesday 6 Hyggelig: Decorate Scandinavian: Six stylish decoration... 7 Freddie Roman: The comedian and actor is dead 8 Kōloa Rum Single Cask: There is no beer in Hawaii... 9 Russian invasion: War in Ukraine: That's the... 10 War in Ukraine: Russian cities put up signposts to... 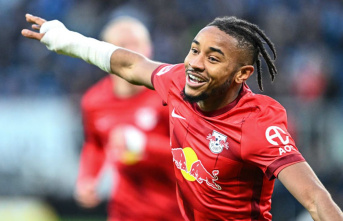