"One Love withdrawal: I would have left" - Nadine Angerer's World Cup column

Nadine Angerer analyzes the World Cup in Qatar for 90 minutes. 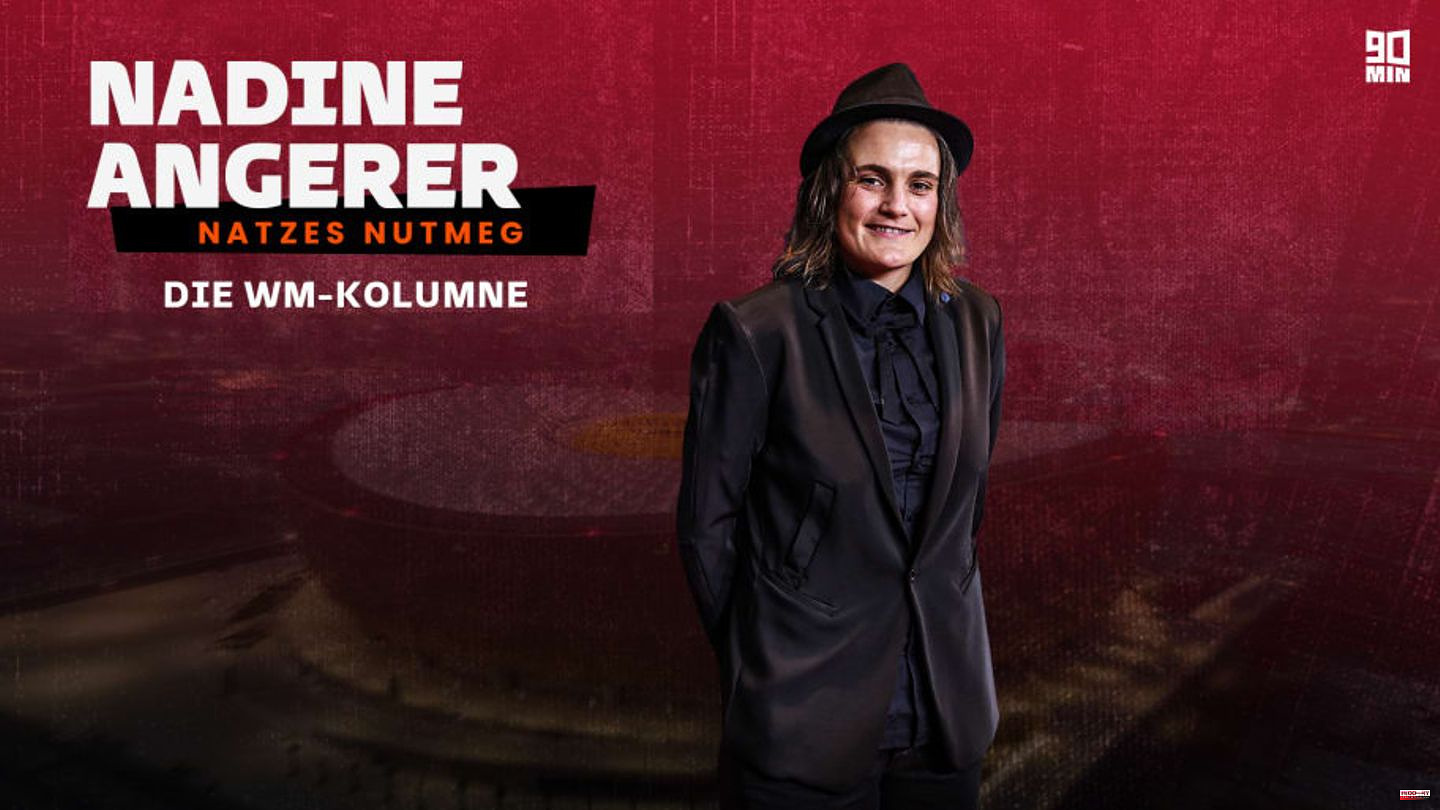 Nadine Angerer analyzes the World Cup in Qatar for 90 minutes. In her first column, the two-time world champion looks back on the opening game and ventures an assessment of Germany's chances of winning the title. The former international goalkeeper also has a clear opinion on not wearing the One Love captain's armband.

There it is now, the unloved World Cup in Qatar. Nobody wanted the tournament to take place in a country where human rights are trampled on, women and sexual minorities are discriminated against and migrant workers are killed in inhumane conditions. Despite this, greed, corruption and FIFA have prevailed.

The opening game made it clear that "the best World Cup of all time" (Gianni Infantino) is also a farce because there is no football culture in the host country. Half-empty ranks because many spectators lose interest before the half-time whistle and go home - it could hardly have been worse. Appropriately, the start of the tournament left a lot to be desired in terms of sport. An average performance was enough for Ecuador to keep limited Qataris at bay and pick up a lackluster three points. Let's hope that the upcoming games spark more enthusiasm than this staid 2-0.

Germany can contribute to the tournament setting some highlights, at least in terms of football. The team brings high quality both at the top and at the bottom and has an excellent coach in Hansi Flick, who has not had great success at Bayern without good reason. I am all the more sorry for the players that this career experience, which is unique for many, is overshadowed by the political circumstances. If the world title is to work out, Joshua Kimmich and Co. must not be influenced too much by the issues off the pitch.

However, it will be even more important to develop the right team spirit. I know from my own experience that a tournament isn't won by the top eleven, but by those at the bottom of the squad. Every player has to know and accept their role if they are to make it big in the end. A win against Japan in the opening match, which is by no means to be underestimated, would be an important first step towards the final dream. In the event of a draw or even a defeat, it could quickly become uncomfortable given only three group games.

Although there are numerous nations besides Germany, such as defending champions France, England and Brazil, that have what it takes to win the title, I personally believe in a surprise world champion. I don't want to predict exactly who that could be. But I have a feeling that we'll be rubbing our eyes at the end of the tournament.

I was very disappointed that the DFB and Manuel Neuer gave in to FIFA and didn't want to wear the One Love captain's armband after all. The one-love design was already a compromise solution that was not particularly courageous in order to avoid a conflict over the rainbow Pride colors. The associations could have set a clear sign for their all too often invoked values.

Instead, Manuel Neuer and those responsible prove that they quickly throw their convictions overboard as soon as the going gets tough. It shouldn't have surprised anyone that FIFA opposed the campaign. Of course it is difficult to judge from a distance what sanctions the world association has threatened behind the scenes. It is also clear that the players do not want to jeopardize their great sporting ambitions. With all due caution, I still believe that I personally would have reacted differently in this situation and would have preferred to leave than to deny myself.

Nadine Angerer (44) made 146 appearances for the German national team in her career and won the World Cup in 2003 and 2007. In addition, she was European champion five times in her career and received the award for World Player of the Year and Europe's Player of the Year in 2013. Today, the two-time German champion works as Director of Goalkeeping for the Portland Thorns in the US National Women's Soccer League (NWSL).

This article was originally published on 90min.de as "One-Love withdrawal: I would have left" - The World Cup column by Nadine Angerer. 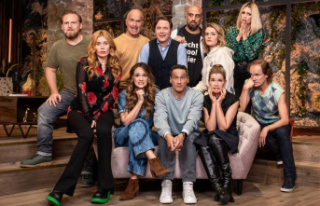