Jamal Musiala had to prematurely end training for the German national soccer team. 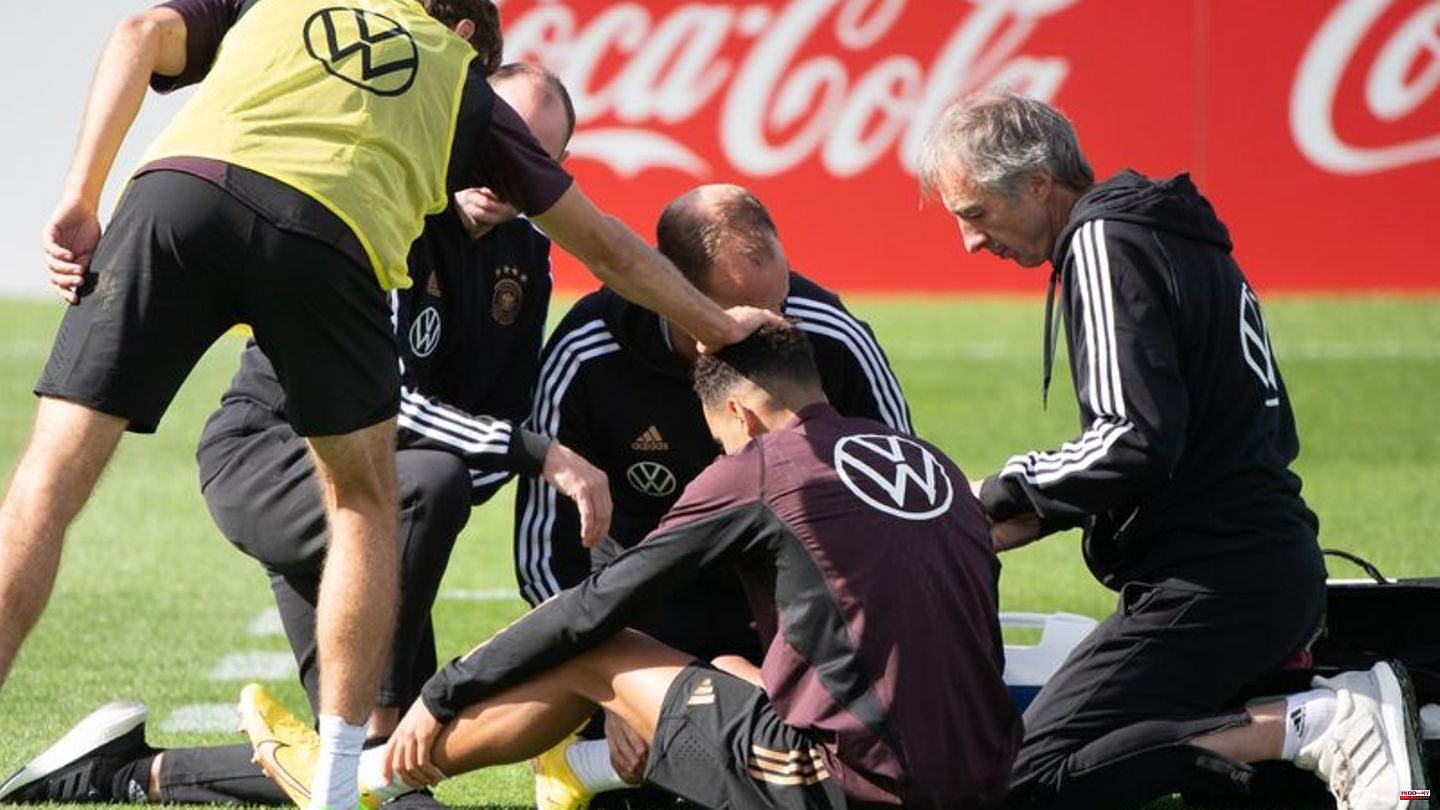 Jamal Musiala had to prematurely end training for the German national soccer team.

The FC Bayern attacking player apparently sustained an injury to his right leg below the knee in a duel with his Munich team-mate Thomas Müller.

Accompanied by team doctor Jochen Hahne, who had initially examined the 19-year-old on the pitch, Musiala left the training ground at the DFB Academy in Frankfurt. Müller had previously apologized to Musiala for boarding with a slap on the head. A diagnosis of the severity of the injury has not yet been made.

Neuer is missing at the start of training

The first training session on the new campus site had previously started without captain Manuel Neuer. The goalkeeper from FC Bayern Munich was absent in the morning due to a problem with his toe. National coach Hansi Flick expects Neuer to return to training as early as Wednesday.

Matthias Ginter, Thilo Kehrer and Lukas Nmecha, who stayed at the team hotel after their club assignments on Sunday to control their workload, were also absent from the practice session. 20 players took part in training, which the DFB employees were able to follow as spectators.

Flick prepares the DFB selection at the association's headquarters in Frankfurt for the last group games in the Nations League. On Friday (8.45 p.m. / ZDF) the game in Leipzig against Hungary is next. The classic against England in Wembley follows on Monday (8.45 p.m. / RTL). Flick described the games as a dress rehearsal for the World Cup in Qatar in two months.

1 After torn muscle fiber: Kingsley Coman back in running... 2 Brie Larson: First detail of her "Fast 3 Queen's funeral service: parallel transmission... 4 Commercial vehicles: Transport IAA started in Hanover 5 3000 euros from the employer: Am I entitled to the... 6 Beauty tool: for whom an (electric) face brush is... 7 Queen Elizabeth II: Airtight and heavy as lead: That's... 8 Perfume and Eau de Toilette: Spicy and opulent: These... 9 Adapted Omikron vaccine: According to Stiko's... 10 Podcast “Ukraine – the situation”: Despite recent... 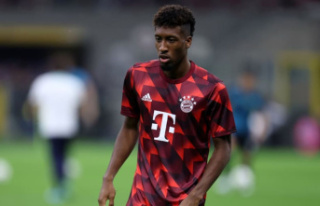 After torn muscle fiber: Kingsley Coman back in running...