Matchday 10: Füllkrug and Werder lose - "Not enough of everyone"

Niclas Füllkrug had nothing to smile about this time.

Niclas Füllkrug had nothing to smile about this time. Like the entire Werder team, the top scorer had a bad day against Mainz 05. Accordingly frustrated, Füllkrug left the Weser Stadium.

"In the second half it wasn't enough for all of us," complained the striker. "So it's easy for any team to defend." Instead of consolidating their position in the top group of the Bundesliga with the next three after the impressive victories against Gladbach and in Hoffenheim, the Green-Whites have come back to reality with the 0: 2 (0: 1).

Werner: "There are days like that, especially as a climber"

However, Werder coach Ole Werner did not want to speak of a setback. "Of course we're not satisfied with the result and our game in the second half," said the Bremen coach. "But there are days like that, especially when you're promoted," said Werner, who can do better with his team on Wednesday in the DFB Cup round of 16 at second division SC Paderborn. "We're looking forward to the game," said Werner.

First of all, however, it is important to work up the weak performance against clever Mainz, especially in the second half. "We played too imprecisely and too slowly," criticized Marco Friedl. The guests had an easy time, with goals from Marcus Ingvartsen (36th minute) and Jae-Sung Lee (66th) in front of 41,000 spectators in the sold-out Weser Stadium, clinching their third win in a row on the Weser.

Only at the beginning did Werder show the offensive whirl that had broken Gladbach 5-1 two weeks earlier. Marvin Ducksch should have made it 1-0 in the first minute, but failed with his harmless shot by Mainz goalkeeper Robin Zentner. A few minutes later, a Füllkrug shot was blocked at the last moment - that was it with the glory of Bremen on this dreary October afternoon from the hosts' point of view.

Schmidt: "It was a very routine performance for us"

But Werner didn't want to let the fact that his team wasn't really focused given the euphoria in the area. "In the past few days I haven't noticed that there was a different atmosphere around us," said the Bremen coach. "We just played it too slowly and too imprecisely in the second half and made it easy for Mainz."

Despite some personnel changes, the guests were able to take the filling jug and co. out of the game relatively easily. "It was a very experienced performance from us," said Mainz sporting director Martin Schmidt. Routine that Füllkrug and Werder, who are still hoping for a World Cup ticket, still have to work out. 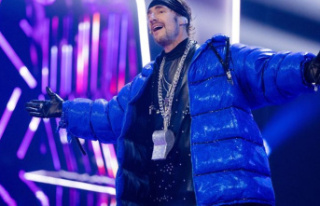