With his premiere victory in Monza, Max Verstappen spoiled the red Ferrari party for the Tifosi and, with whistles from the ranks, already put himself in the title position for the next race. 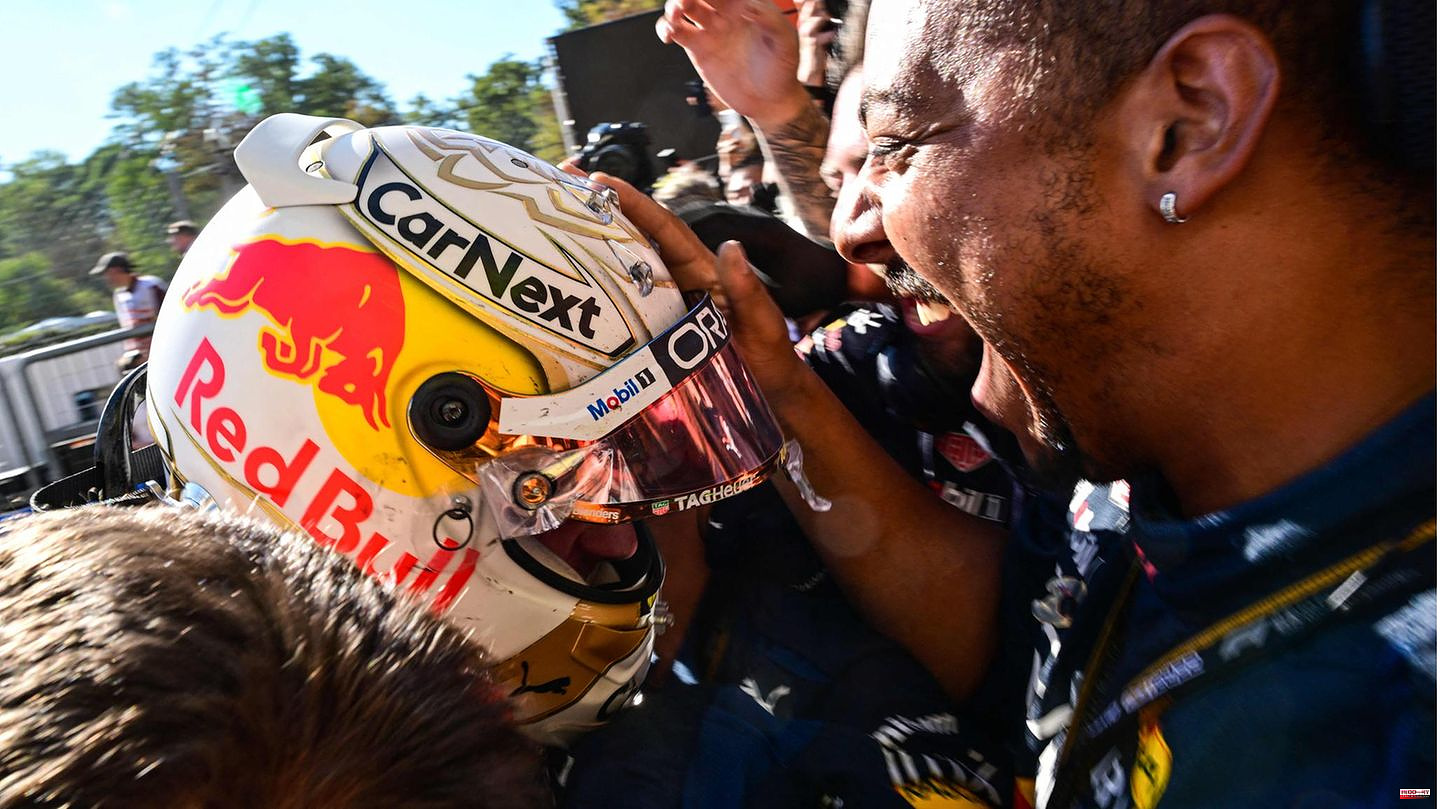 With his premiere victory in Monza, Max Verstappen spoiled the red Ferrari party for the Tifosi and, with whistles from the ranks, already put himself in the title position for the next race. The 24-year-old Formula 1 world champion and championship leader drove from seventh on the grid to victory in the Red Bull at the Italian Grand Prix on Sunday – behind the safety car.

In front of well over 100,000 disappointed fans as well as Italy's President Sergio Mattarella and Monaco's Prince Albert, Charles Leclerc in his Ferrari had to accept second place despite pole position. Third was George Russell in the Mercedes.

For Sebastian Vettel, the European final ended on the course of his first of 53 Grand Prix victories 14 years ago after less than a third of the race distance due to a defect in the Aston Martin. "It can't get any worse than here," commented the four-time world champion.

Mick Schumacher finished a depressing weekend in a strong twelfth place in a Haas that was too slow and too vulnerable. At the top, however, Verstappen was the measure of all things for the eleventh time this year. Now 116 points ahead of Leclerc, he can mathematically win his second world title early in Singapore on October 2nd.

The pressure on Leclerc and Ferrari was enormous, the enthusiasm of the Tifosi boundless, the atmosphere gigantic. Finally in front of full ranks again without the restrictions of the corona pandemic, the installation rounds became a celebration in the stands. Sunshine also really brightened the yellow on the SF-75 in honor of the home of company founder Enzo Ferrari.

In addition to football celebrities such as Milan star Zlatan Ibrahimovic or Italy's national coach Roberto Mancini, Hollywood glamor with Hugh Grant or Sylvester Stallone, Italy's President Mattarella did not miss the spectacle in the high-speed temple. Before the start, Ferrari team boss Mattia Binotto showed him Leclerc's car and explained it to him. After that we could start.

Leclerc had secured pole with a splendid final lap on Saturday, behind which the calculations had begun after a series of grid penalties. This also affected Verstappen, who dropped from second to seven in the starting position and Sainz, who had to go from three to 18.

In addition to Russell, who started second, Vettel and Schumacher, who were allowed to start from position eleven and 17 despite messed up qualifications, were also beneficiaries. Schumacher, whose Haas had only allowed a few practice rounds, was last in the knockout elimination, Vettel 17th.

The big danger for everyone on the Autodromo Nazionale di Monza, built 100 years ago: curve one. But everything went well. Leclerc defended his pole, the spectators freaked out again, Russell's attack had no consequences. Verstappen made up two places. "We may not be throwing the party, but you shouldn't start celebrating that quickly," Red Bull's Motorsport Director Helmut Marko emphasized before the start. And Verstappen, winner after the summer break in Spa-Francorchamps and the Netherlands, continued to catch up. In the fifth lap he finally overtook Russell just before the chicane.

Now it became the hoped-for and exciting duel between the defending champion, who had never won in Monza before and had landed in a bad crash on Lewis Hamilton's car a year ago, and Leclerc, the Ferrari star of the same age who was already hopelessly behind in the World Cup. 109 points separated the two before the 16th of 22 races of the season.

Verstappen initially left it at a gap of one and a half to almost two seconds. Unlike in his wilder years, the highly talented Dutchman acted in a more controlled, calculating manner. Ferrari was under pressure, especially after a lot of mistakes and strategy mistakes in the home game, Ferrari boss John Elkann also followed the events on the spot.

"If Verstappen switches to plan C, we'll do plan B, okay," the Scuderia command center radioed to Leclerc. The parked Aston Martin then triggered a virtual safety car phase. Plan A now at Ferrari: Leclerc came into the pits for new, medium-hard tires and rejoined behind Verstappen and Russell.

Verstappen stayed outside, he and his crew knew: Leclerc's rubber would have to last a long time. The medium tires were mounted on Verstappen's car for almost half of the 53 laps. The two crucial questions: would he be able to catch up with Leclerc now more than ten seconds behind or would Leclerc have to pit again?

Then the radio message to the Monegasques: "Box, Box." Leclerc got the fastest mix. There were still 20 laps to go, the gap was around 20 seconds. Daniel Ricciardo's McLaren then stopped six laps before the end. The safety car has to go, Verstappen's lead was gone. The duelists got new tires for the showdown. But it took a while for the car to be towed. Too long, the race ended behind the safety car. 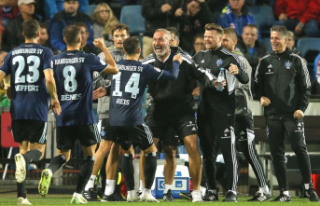