According to Friday's government data, hospitalizations for children with COVID-19 in the United States have risen to the highest levels since the pandemic. 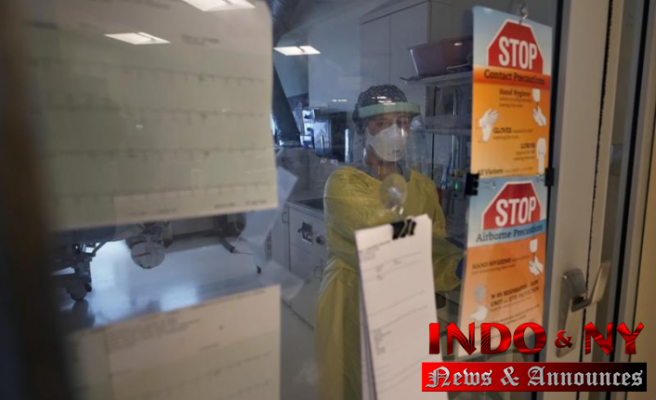 Dr. Rochelle Walensky is the director of the Centers for Disease Control and Prevention. She said that the worrying trend in children who are too young to get vaccinated highlights the importance of older kids and adults getting their shots to protect others.

As the highly contagious Omicron variant spreads rapidly throughout the country, hospitalization rates in the youngest children have risen to over 4 in 100,000, an increase of 2.5 per 100,000.

Walensky stated that children have the lowest rates of hospitalization, but that pediatric hospitalizations are higher than any other time in the pandemic.

She explained that the figures include both children admitted to hospital because of COVID-19 as well as those who are admitted for other reasons and found to have the disease.

On Tuesday, 766 children and teens were admitted to the hospital with COVID-19, more than double the number reported two weeks ago.

This week, Dr. Anthony Fauci (the top U.S. infectious disease expert) stated that many children who are hospitalized with COVID-19 also have other health problems that can make them more vulnerable to the virus' complications. This includes obesity, diabetes, and lung disease.

Fauci and Walensky stressed that vaccinating everyone is the best way to protect children under five years old.

Data suggests that booster shots are the best way to protect against omicron. The CDC recommended them for children as young as 12 years old. Only 34% of those who are eligible for booster shots have already received them.

Parents are worried about their toddlers' safety as a result of the increase in hospitalizations.

Eli Zilke and Emily Hojara of Sawyer in Michigan are extra protective of Flora, their 2-year-old daughter. They restrict her contact with other children and prohibit visitors from the house, even grandparents, unless Flora is masked.

Hojara stated, "It's been hard, and now with the new variant, it's knocked me back." Hojara said that the new hospitalization data "just reminded you that that anxiety hovers really close."

Hojara expressed concern about her daughter's inability to get vaccinated.

Dr. Jennifer Kusma is a pediatrician at Chicago's Lurie Children's Hospital. She said that she has seen an increasing number of children with omicron and that while many aren't very sick, she understands the parents' concerns.

Kusma stated, "As a pediatrician I wish we had that vaccine for these children." Kusma said that even though it may seem like a long time, parents should be reassured that vaccine testing does not take place in a hurry.

Many people had hoped that the new year would bring a vaccine to young children. But Pfizer announced last week that only two doses of the vaccine didn't provide as much protection for children aged 2-4.

Pfizer has updated its study to give all children under 5 years old a third dose. Data are expected in the early spring.

1 Supreme Court skeptical of Biden’s workplace vaccination... 2 Talks between Russia and the USA amid tensions surrounding... 3 AP-NORC poll: Inflation up and virus down are the... 4 Djokovic is allowed to stay in Australia, but the... 5 Horror stories of escape from a NYC building that... 6 Many suffer from severe injuries following the 19-year-old... 7 Demi Lovato shows off a new spider tattoo 8 "Dexter: New Blood" makes the most out of... 9 "Euphoria" pushes the boundaries again with... 10 The final trailer for 'Jackass Forever’ shows... 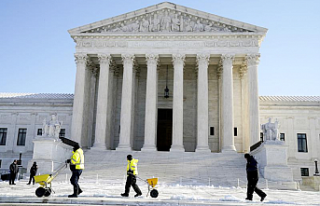