Germany against Japan: in the stands next to Infantino: Minister of the Interior Faeser wears "One Love" bandage 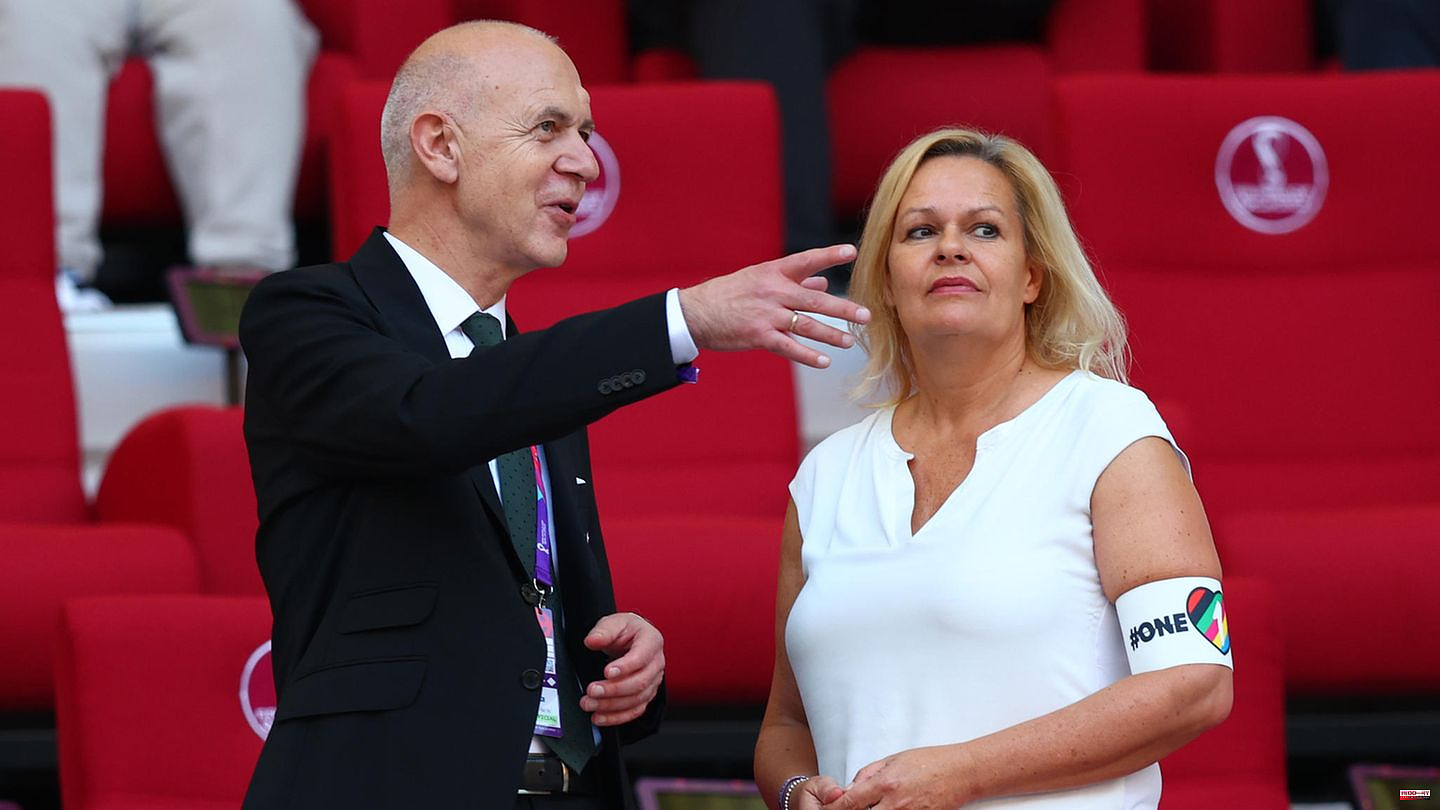 Federal Interior Minister Nancy Faser is also sending out a signal. When she attended the World Cup preliminary round match between the German national team and Japan, the SPD politician wore a colorful bandage with "One Love" lettering on her left upper arm - the accessory that FIFA had banned from the team captains of several nations at the tournament.

Photos from the stands of the Khalifa International Stadium show that the minister was sitting between Fifa President Gianni Infantino and DFB President Bernd Neuendorf with the visible bandage.

The "One Love" captain's armband was devised by several football associations as a sign of tolerance for all ways of life and love and for freedom of expression - but wearing it during games has been banned by Fifa. The organizers of the tournament in Qatar have also repeatedly opposed the rainbow flag as a symbol for the rights of LGBTQIA*, i.e. for lesbian, gay, bisexual, transsexual and transgender, queer, intersexual, asexual and people with a different orientation than heterosexual before.

Faeser sharply criticized the ban on the "One Love" bandage in the "Tagesthemen" on Tuesday evening. "Nowadays it must be possible to stand up for openness, diversity and against discrimination," said the interior minister, who is also responsible for sport. When asked if it would be a strong sign for Germany to wear the armband, Faser replied: "Yes, it would be."

DFB captain Manuel Neuer, however, wore an armband with the words "No Discrimination" provided by Fifa. In the team photo before kick-off, the national players nevertheless sent out a symbol for freedom of expression. They all covered their mouths with their hands (read more here).

1 "Land of Prisons": Brittney Griner in Penal... 2 "Stars in the ring": These celebrities can... 3 "1899" in top ten in 90 countries: allegations... 4 Relief: Criticism from Union: gas and electricity... 5 Air traffic: airport in difficult search for personnel 6 Joelina Drews: Time out after mental problems 7 Rapper Fler: suspended sentence for the Berlin musician 8 Schnapps bargains: Black Week at Amazon: The best... 9 Ökotest: Not everything in butter: 17 out of 20 butter... 10 France: Family is moving - cat walks 400 kilometers... 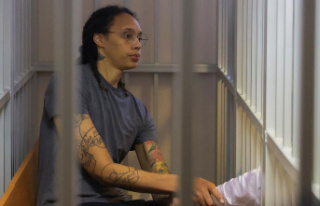