France advances to the final - Les Bleus in the individual review

Two goals, lucky in the making, are enough for France to win over Morocco. 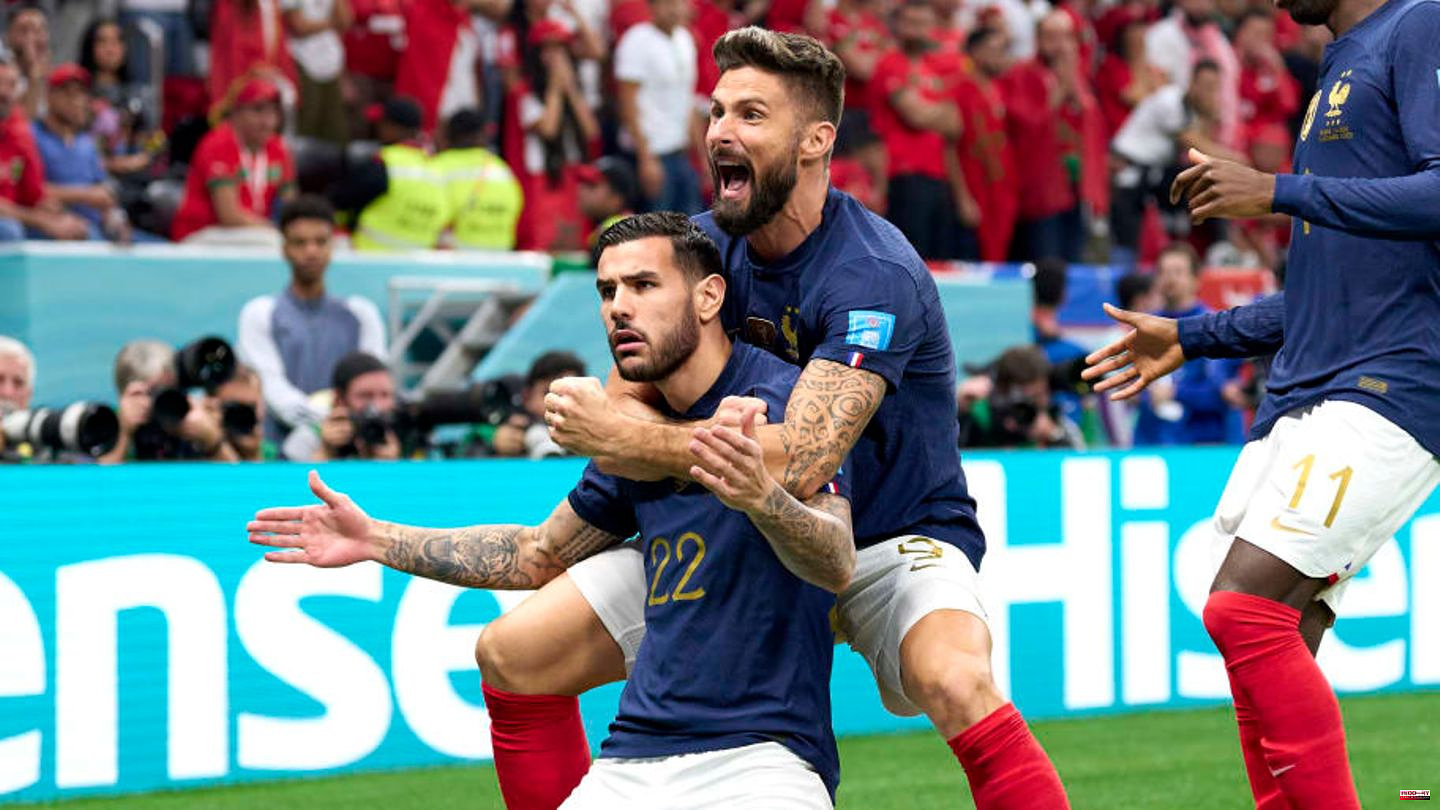 Two goals, lucky in the making, are enough for France to win over Morocco. Theo Hernández scored the important opening goal after a few minutes. As the African surprise team pressed more and more in the second half, Joker Randal Kolo Muani restored calm 42 seconds after his substitution by making it 2-0. In the final, France will face Argentina on Sunday afternoon.

Exuded a lot of calm as the last man in the French game. Rarely tested by the Moroccans but was there when it mattered. Held up a long-range shot from Azzedine Ounahi (10') and had his fingertips on Jawad El Yamiq's spectacular overhead kick (44').

Hardly intervened again offensively, instead concentrating on his defensive tasks. While Koundé had everything under control in the first half, things got dicey later on. Didn't look good at first with an interface pass to Boufal (52') and also blundered in a one-on-one against Zakaria Aboukhlal shortly before the end (90'). In the same action, he at least prevented the goal by clearing on the goal line.

Acted routinely and attentively on the defensive. Cleared several times in tight spaces when the Moroccans were close to finishing dangerously. Only caught attention once with careless defending when he stopped Azzedine Ounahi from shooting too late (10'). Contributed significantly to the opening goal, playing the opening ball into the interface on Griezmann (5')

Became a nightmare for the Moroccan attacking players, especially in the first half, because he cleared several times at the last second. So he still had his foot on the ball in front of Youssef En-Nesyri (32'), Achraf Hakimi straddled just before the cross (43') and prevented a sure goal with the clearing action after Boufal's cross (53'). Also noticed once up front by playing a clever, long ball to Giroud (17th).

Put France in the lead after a few minutes with a difficult shot from the air and thus made it into the final (5th). The goal was also the only significant offensive action by Hernández. Had a lot to do on the defensive against the Hakimi-Ziyech duo. Especially in the second round, the Milan star was outplayed several times and was lucky that Konaté was there. So did Ziyech's cross, which Hernández let in and almost scored.

Was again the most important man in France's build-up game. In addition to his defensive work, he repeatedly set offensive accents. After a strong tackle, he drove the ball forward and staged Mbappé with a brilliant through ball (36'). Immediately afterwards, instinctively played the ball with the first contact to the free-standing Giroud (37th). When the world champion withdrew, Tchouaméni repeatedly initiated counterattacks with clever passes. The only drawback: had a heavy ball loss in the build-up game, which Yahia Attiyat Allah ran freely towards goal (75th).

Moved for the injured Adrien Rabiot and the starting XI. Interpreted his role more defensively. In the Moroccans' build-up game, he repeatedly switched to the left flank to support Hernández against Ziyech. Was still trying to switch to the front. The tempo run before the 2-0 goal (79th) was exemplary. Overall a solid performance.

Initiated the important opening goal by offering Varane the deep path and playing sharply into the sixteen (5th). Tried to bring movement into the offensive game, but overall acted much more inconspicuously than in the other games of this World Cup. At least by his standards, he always exuded a hint of danger.

An unusually inconspicuous appearance by the Barça star. Little went over the French right throughout the game, so the usual sharp crosses and dangerous speed dribbles into the penalty area failed to materialize. Just hit two crosses. Neither found a buyer. Was substituted for Kolo Muani in the closing stages (79')

Had problems against his teammate Achraf Hakimi. Came behind out more often in speed dribbling. Missed the great opportunity to make it 2-0 after Tchouaméni's through ball (36'). However, it should also be emphasized that Mbappé prepared both goals indirectly by looking for a finish, so that the ball ended up in the hands of Hernández and Kolo Muani (5'/79'). Especially the action before the 2:0 was worth seeing.

Was more noticeable in this game through defensive work. Set himself the goal of encapsulating shooting star Sofyan Amrabat from the Moroccan building game. Had the possible 2-0 hit twice on the foot. First, after a long ball from Konaté, he only hit the outer post (17'), then he sent a ball wide of the goal from the penalty spot (36'). Was replaced by Marcus Thuram in the second half (65').

Brought a breath of fresh air into France's offensive game. Looked for one-on-one situations much more often than Giroud before. Was then also directly involved in the 2-0 goal when he got the ball from Fofana and put it back on Mbappé (79th).

Took 42 seconds to score. He was just on the pitch, waiting for the rebound at Mbappé's end and got the ball straight into his feet. Then completely sovereign at the end (79th). Fulfilled what Deschamps hoped for when he came on.

This article was originally published on 90min.de as France enters the final - Les Bleus in the individual review. 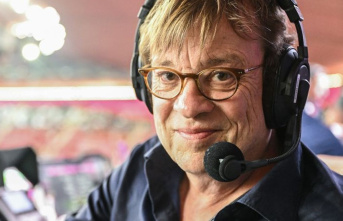