When will superstar Cristiano Ronaldo's future become clear? Of the many transfer speculations during the football World Cup in Qatar, the soon to be answered question about the new club of the 37-year-old Portuguese, who was substituted on in the 6-1 win against Switzerland only a good quarter of an hour before the end of the game, is certainly the most spectacular . 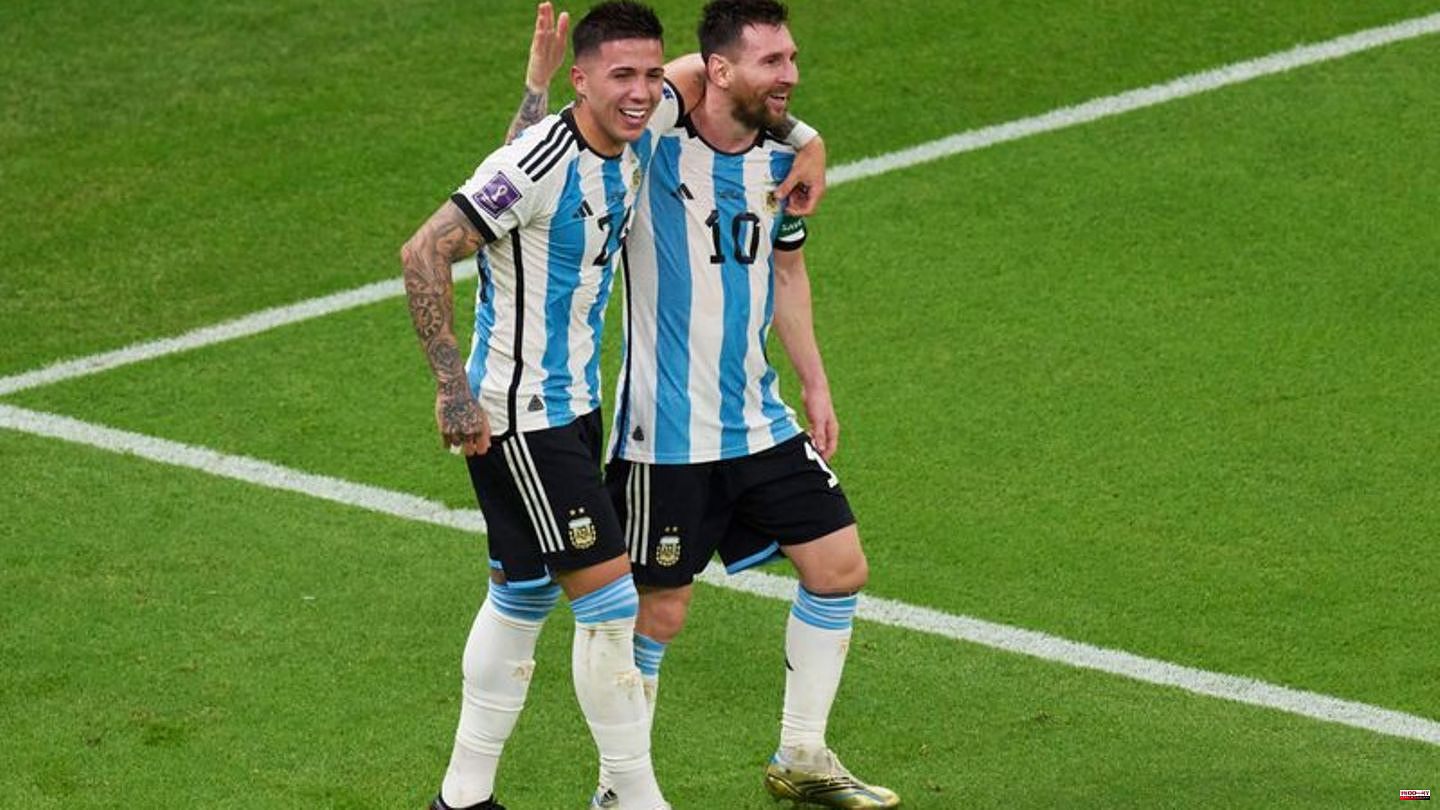 When will superstar Cristiano Ronaldo's future become clear? Of the many transfer speculations during the football World Cup in Qatar, the soon to be answered question about the new club of the 37-year-old Portuguese, who was substituted on in the 6-1 win against Switzerland only a good quarter of an hour before the end of the game, is certainly the most spectacular .

Market values ​​are reassessed during the tournament, and those of possible future world footballers such as England's Jude Bellingham gradually increase immeasurably. But the possible transfer fees for tournament promoters such as the Dutchman Cody Gakpo or Josko Gvardiol from Croatia also skyrocketed in the days of Qatar.

In the eight remaining World Cup games, which begin with the quarter-final duels on Friday, formative appearances by mega-stars Lionel Messi (35), Kylian Mbappé (23) and Neymar (30), who are currently not for sale in Paris, will continue. expected. But slightly below this elite class, stars like Brazil's Richarlison (25) or Argentina's Enzo Fernández (21) can commend themselves for new high-paying and prestigious roles.

The question no longer seems to be if, but when Ronaldo, who was clamored for by fans in Tuesday night's round of 16, will sign for Al-Nassr FC in Saudi Arabia. The five-time world footballer has been without a club since his separation from Manchester United shortly after the start of the World Cup and can therefore change without a transfer. A change would bring further huge sums of money for the mega-millionaire, but does that make the ambitious man happy? The total volume of the deal including advertising revenue should be around 200 million euros per season. Ronaldo actually wants to continue playing at the top level and win the Champions League again. There is no agreement with Al-Nassr, Ronaldo said on Wednesday evening.

With three goals each, the Brazilian Richarlison (25) and the Dutch shooting star Gakpo (23) are within striking distance of France's full-speed star Mbappé. There is a lot of speculation about which clubs they will score goals for in the future. Tottenham Hotspur's Richarlison has been linked with Real Madrid, who need a replacement for current injured Ballon d'Or winner Karim Benzema (34), at least in the medium term. Oranje discovery Gakpo is on the list at all kinds of clubs after a strong preliminary round. The greatest interest is said to be from Ronaldo's former club Manchester United, where Gakpo is said to be moving from Eindhoven in the winter.

Leipzig defender Gvardiol (20) has not only been a discovery since the World Cup, but the games with quarter-finalists Croatia have raised him to a new level. International interest is huge. His RB contract runs until June 30, 2027. He could become Leipzig's first 100 million plus transfer. Chelsea and Real are the hottest candidates. Dortmund's Bellingham (19), who started the tournament with a market value of around 100 million euros and triumphed at the World Cup, whose contract runs until 2025, could bring in an even higher sum in the event of a change. All Premier League top teams are said to be interested in England's midfield boss. Madrid is also considered a candidate. The Bundesliga record departure so far is the Frenchman Ousmane Dembélé (25), who switched from Dortmund to FC Barcelona in the summer of 2017 for around 145 million euros.

Marcus Thuram (25) is considered a sales candidate in Borussia Mönchengladbach in winter. Substituted in every game for France so far, he is inconspicuous next to the top stars in attack. His Gladbach teammate Yann Sommer (33), who conceded six goals against Portugal on Tuesday evening, is flirting with a move to ManUnited - if the Swiss is signed there as number 1. "Please don't ask this question now," said the goalkeeper after his World Cup exit. Stuttgart's Borna Sosa (24), who plays for Croatia, has been hotly traded for several transfer phases. After his World Cup appearances there are rumors again that he could change in the winter. The same applies to Dutchman Jeremie Frimpong (21), who has not yet played. The Leverkusen player is also speculating about a move to Manchester United. The Tunisian Ellyes Skhiri (27), who was free in the summer, could not play the focus in Cologne as hoped. For a high single-digit million sum, Skhiri should still go in winter.

Morocco star Hakim Ziyech (29), who celebrated with his national team a thrilling round of 16 victory against Spain on penalties on Tuesday, has mostly been on the bench at Chelsea since 2020. After convincing World Cup games, he is considered a transfer candidate for the winter. Ghana's Mohammed Kudus (22) is a big World Cup promoter, for Kevin-Prince Boateng in the meantime even "the player of the tournament". Dortmund was once considered a possible new club.

Where there are transfer rumours, at least in Germany there is usually speculation about the record champions from Munich. For a long time, there has been a stubborn suspicion that England captain Harry Kane (29) could become the new number 9. His contract in Tottenham runs until 2024. The dissatisfied world champion Benjamin Pavard (26) is considered a replacement candidate. France's national coach Didier Deschamps publicly criticized him harshly, saying that the poor performance in the 4-1 win against Australia at the start "didn't do him any good either mentally or physically". Most recently, the defender himself has already expressed change ideas.

Argentinian Enzo Fernández (21), a "spectacular boy" for Messi, is being traded as a new man for Real Madrid after just a few months at Benfica - if the royals don't get Bellingham. Germany's dribbling genius Jamal Musiala (19) is not for sale at Bayern, unlike Bellingham at Dortmund. The young Spanish stars Gavi (18) and Pedri (20) are also firmly assigned to their FC Barcelona. The contracts of the two highly talented, after a bitter penalty knockout. eliminated against Morocco are each provided with a release clause of one billion euros.

1 Free transfer in summer: Bundesliga duo observes situation... 2 "Who wants to be a millionaire?": There... 3 USA: Young author experiences book signing disaster... 4 Plastic-free alternative: Sustainable hair care: That's... 5 Less plastic: solid shower gel: a sustainable alternative... 6 Texas: Rapper Takeoff's alleged killer is asking... 7 Softer laundry: what are dryer balls and how to use... 8 War in Ukraine: "Could be a long process":... 9 Runoff election for Senate seat: The victory of the... 10 Process in Cologne: Wermelskirchen babysitter calls... 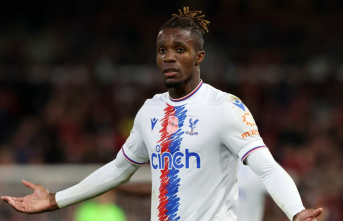