Lionel Messi clenched his fists in the Qatari night sky, hugged each teammate individually and sang "Oh Argentina" with a beam of relief on his sweaty face. 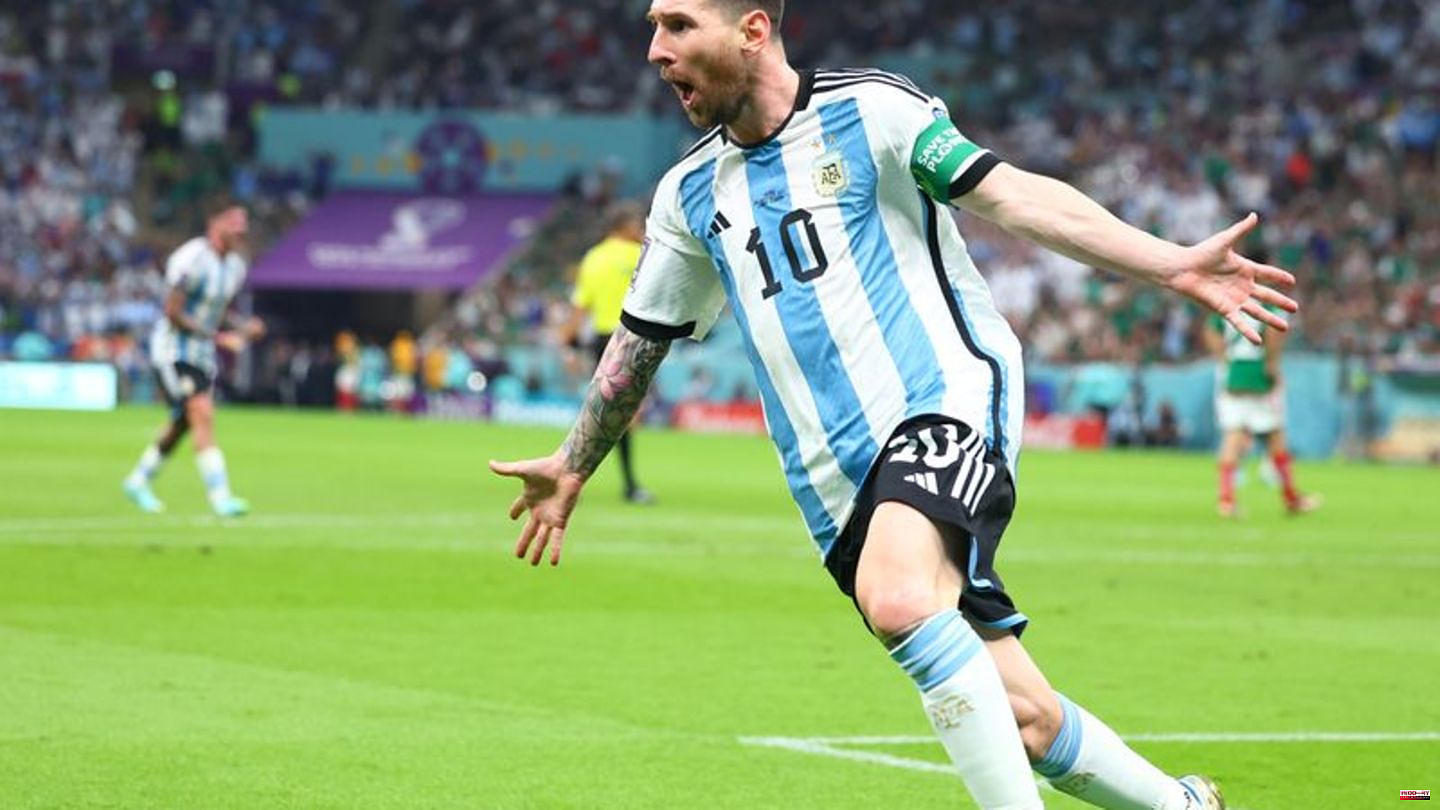 Lionel Messi clenched his fists in the Qatari night sky, hugged each teammate individually and sang "Oh Argentina" with a beam of relief on his sweaty face. After the redeeming 2-0 (0-0) in the second World Cup game against Mexico, the 35-year-old superstar danced with his teammates in front of the raging sky-blue and white fan wall.

"Thank God! We knew we had to be strong today," said Messi after the game. "It was a very difficult game. We didn't play the way we wanted in the first half. We improved in the second half, the fans carried us to the end. We have a final now," said Messi with a view to the duel against Poland and striker Robert Lewandowski on Wednesday.

Messi was challenged after the embarrassing false start against Saudi Arabia - and he delivered. With his goal in the 64th minute, he put the Argentines on the road to victory. "He does what he does. Score goals," said coach Lionel Scaloni. In the 87th minute, Enzo Fernández made everything clear for Messi and Co., who would have been eliminated had they lost. Now they have it back in their own hands. It was Messi's second goal of the current tournament.

Praise from the ex-coach

"He can hurt you in a few seconds," said Mexico coach Gerardo Martino. "We made a mistake and gave him too much space." Martino should know. The 60-year-old once coached Messi at FC Barcelona and in the national team, like Messi he comes from Rosario in Argentina.

At the World Cup, there is now the ultimate showdown with Poland on the last day of the group match. The Eastern Europeans around the current Barça star Lewandowski have four points, Argentina and Saudi Arabia three, Mexico stays with one. The Poles had previously beaten the Saudis 2-0 and made the group exciting.

A day after Argentinians collectively mourned the second anniversary of Diego Maradona's death, Messi, his sporting heir, had to put things right. During the anthem, the Argentines demonstratively moved closer together, Messi took another deep breath before his 21st World Cup game - as many as Maradona once played, including the victorious World Cup final in 1986. Both now have eight World Cup goals.

Endgame atmosphere in the stands

Messi wants to reach the final in 2022. And there was already a final game atmosphere in the sold out and loud Lusail Stadium in front of 88,966 spectators. Not only because it was all or nothing for Messi and his Argentines in the second group game. Tens of thousands of Argentinian fans against tens of thousands from Mexico, that also fueled the heated duel on the pitch, which was not a football feast for a long time.

After less than five minutes, the first tussle: Triggered by an elbow check by Alexis Vega against Gonzalo Montiel, one of the five new players that Scaloni had put in the starting lineup four days after the embarrassing 2-1 defeat by outsiders Saudi Arabia - practically all on the defensive. Safety first - and Messi should do it in front.

The range of motion of the 35-year-old was manageable at first. On Tuesday he gave the Argentinians, who had been unbeaten in 36 games, a penalty with his seventh World Cup goal in the 10th minute. This time the first chance to score was a long time coming despite the Argentinians having massive ball possession advantages. In the 25th minute, Messi briefly picked up the pace. The subsequent cross from Montiel was too imprecise.

A rather rare header from Messi a few minutes later went clearly over the goal, Guillermo Ochoa punched a free-kick into the Qatari night sky.

With a five-bar, Mexico wanted to keep the Argentines away from their own goal. And they broke the flow of the game with constant duels, and like the Argentines, they didn't take the rules as seriously. They were successful with that, another chance through Lautaro Martínez, the Argentines were initially unable to do more. Coach Scaloni threatened to despair, gesticulating wildly on the sidelines again and again.

Mexico felt it, Martino knew it, he coached the team from the summer of 2014 for two years. He was whistled at by the South American fans before the game for his involvement with the Mexicans. They had to hold their breath just before half-time when keeper Emiliano Martínez was caught dead in the air by Mexico's Vega.

The Argentines conceded the goals against the Saudis within a few minutes, this time they were unscathed, but again they did not act convincingly. And then a free kick, Messi was fouled. Ideal position: half right, 18 meters away from the goal, but the ball went over it. Messi leaned forward, supported himself with his hands. Again nothing. Resignation? no

Messi dropped a little further after the break. His strength: get the ball, act quickly. Argentina's game became more dangerous. And once the Mexicans, who otherwise defended so consistently, gave Messi more space than they should have - that was enough.

A good 20 meters from the goal, he took the ball, put it in front of himself and hit the right corner flat to make it 1-0. Ochoa was powerless, Messi turned jubilantly and let himself be celebrated to the deafening cheers of the fans. Mexico tried everything again, Martino made an offensive change. However, a goal was no longer possible, but Fernández struck. "There is euphoria. It was necessary," said Messi. 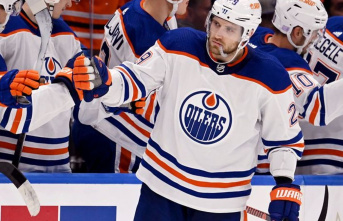 NHL: Turned from behind: Draisaitl scores winner for...