Robert Lewandowski briefly waved to the few Polish fans, took a long swig from his water bottle and was one of the first to disappear from the lawn of Stadium 974 in Doha, frustrated. 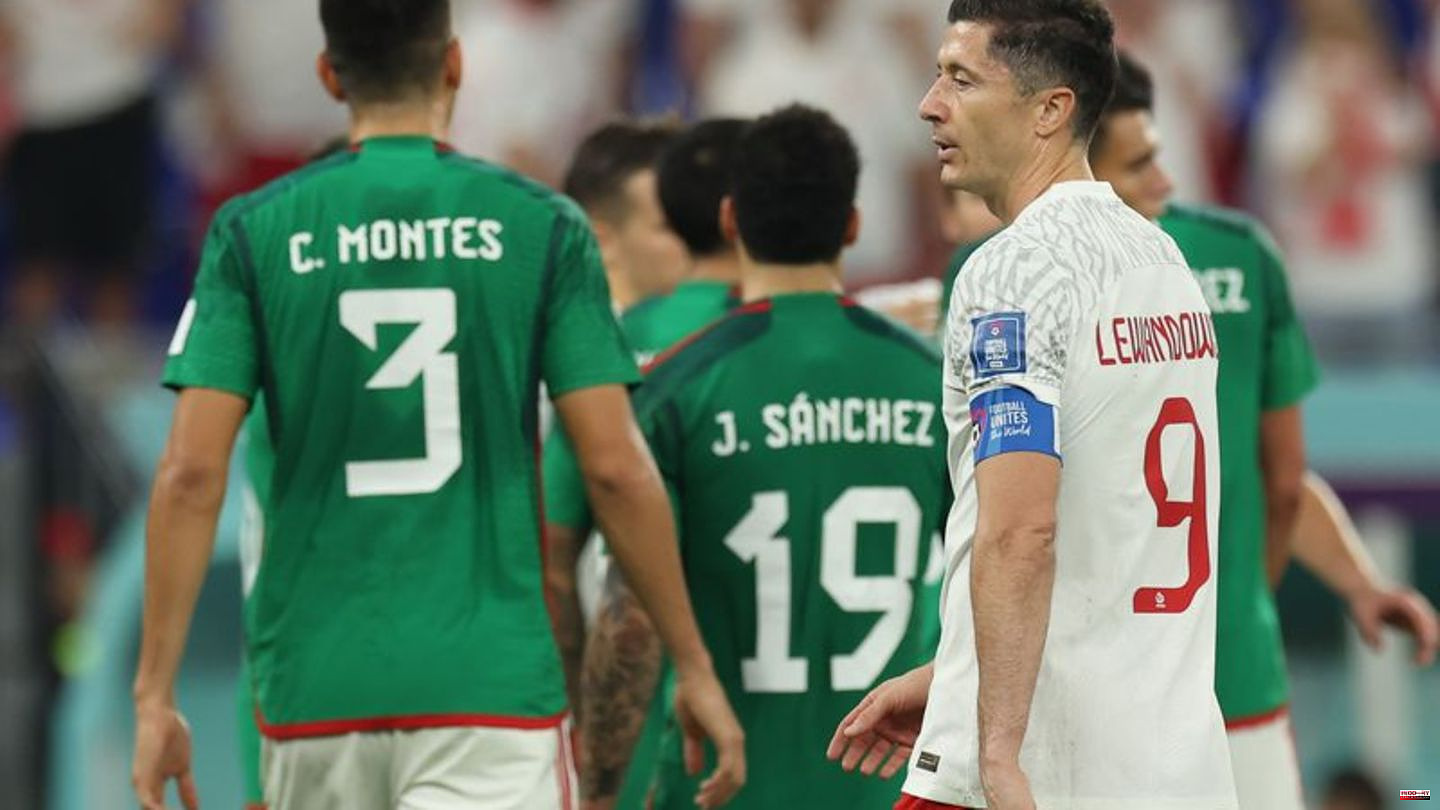 Robert Lewandowski briefly waved to the few Polish fans, took a long swig from his water bottle and was one of the first to disappear from the lawn of Stadium 974 in Doha, frustrated. With a missed penalty, the captain deprived Poland of a great chance for the World Cup.

The world footballer failed in the 0-0 draw against Mexico to deafening cheers in the arena, which was almost exclusively filled with Latin American fans. National coach Czeslaw Michniewicz didn't blame Lewandowski: "He practiced penalties in training yesterday and didn't miss any. That kind of thing just happens," said the coach. "It's such a shame for Robert. I know how badly he wanted that goal."

After the final whistle, the Mexicans celebrated their penalty hero Guillermo Ochoa a few meters away from the disappointed Lewandowski. The 37-year-old parried Lewandowski's shot on Tuesday evening with an outstanding reflex (58th minute). "It's good that I saved the penalty, I'm very happy about that. We kept a clean sheet and didn't concede a goal - that's a good point," said Ochoa.

Lewandowski, who is otherwise so sure of the point, shook his head in disappointment when he failed at Ochoa. The key scene further increased the crackling atmosphere in front of 39,369 spectators, who were feverishly waiting for the result before the video decision on the Lewandowski penalty. In the gripping final phase, neither the overall better Mexicans nor the frustrated Poles managed the lucky punch.

In his fourth World Cup game, Lewandowski not only missed his first World Cup goal, but also a great opportunity to improve Poland's starting position in the fight for the first round of 16 in 36 years. A few hours after the tournament shock for Lionel Messi and Argentina in the 1: 2 against the supposed World Cup lightweight Saudi Arabia, the draw in front of the eyes of the German record player Lothar Matthäus made for an exciting situation in Group C. On Saturday, when for Mexico is facing the explosive duel with Messi, whose World Cup could already be sealed. Poland then meets group leaders Saudi Arabia.

According to FIFA, 90,000 Mexicans in and around the stadium at the port of Doha made the start of the tournament an atmospheric home game for their team, with the jumping sometimes even vibrating the stands. In contrast to the hot-blooded cheers and La-Ola-waves for her selection with many Olympic bronze medalists in 2021, El Tri fans gave Lewandowski plenty of whistles even during the warm-up program.

Poland's national coach Czeslaw Michniewicz, who surprisingly promoted the agile Wolfsburg Jakub Kaminski (20) to the World Cup formation, was only partially successful with his basic defensive formation. His line of defense stopped the lively Mexicans, who were already celebrating after a header from Alexis Vega (26'). But the plan that Lewandowski, who had switched from FC Bayern to FC Barcelona, ​​should fix it up front, didn't work out. The 34-year-old didn't even use the big chance from the point after being fouled by Hector Moreno. A header and a nice pass before the break - it wasn't much more that he posed a threat.

The Latin Americans kept looking for Germany terror Hirving Lozano, who had initiated the DFB disaster four years ago with a 1-0 win in Russia. Poland's national goalkeeper Wojciech Szczesny was in the spotlight several times at the start of his last World Cup, for example when he was tested by Lozano (52').

In the heated final phase, in which France's Stéphanie Frappart got a lot to do as fourth official in the first game played by a woman, Mexico striker Henry Martin was denied a header by Szczesny (64'). The Juve keeper was a solid backing but the hero of the night was 37-year-old Ochoa. The goalkeeping legend became the first Mexican keeper since 1966 to save a penalty in regular time at a World Cup game in her fifth World Cup appearance. 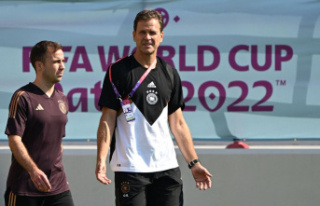 German World Cup camp: Life in a cocoon: How the DFB...