Lionel Messi led Argentina into the round of 16 despite a missed penalty in the big superstar summit - and Robert Lewandowski also celebrated his first knockout stage in 36 years after a dramatic final phase with Poland. 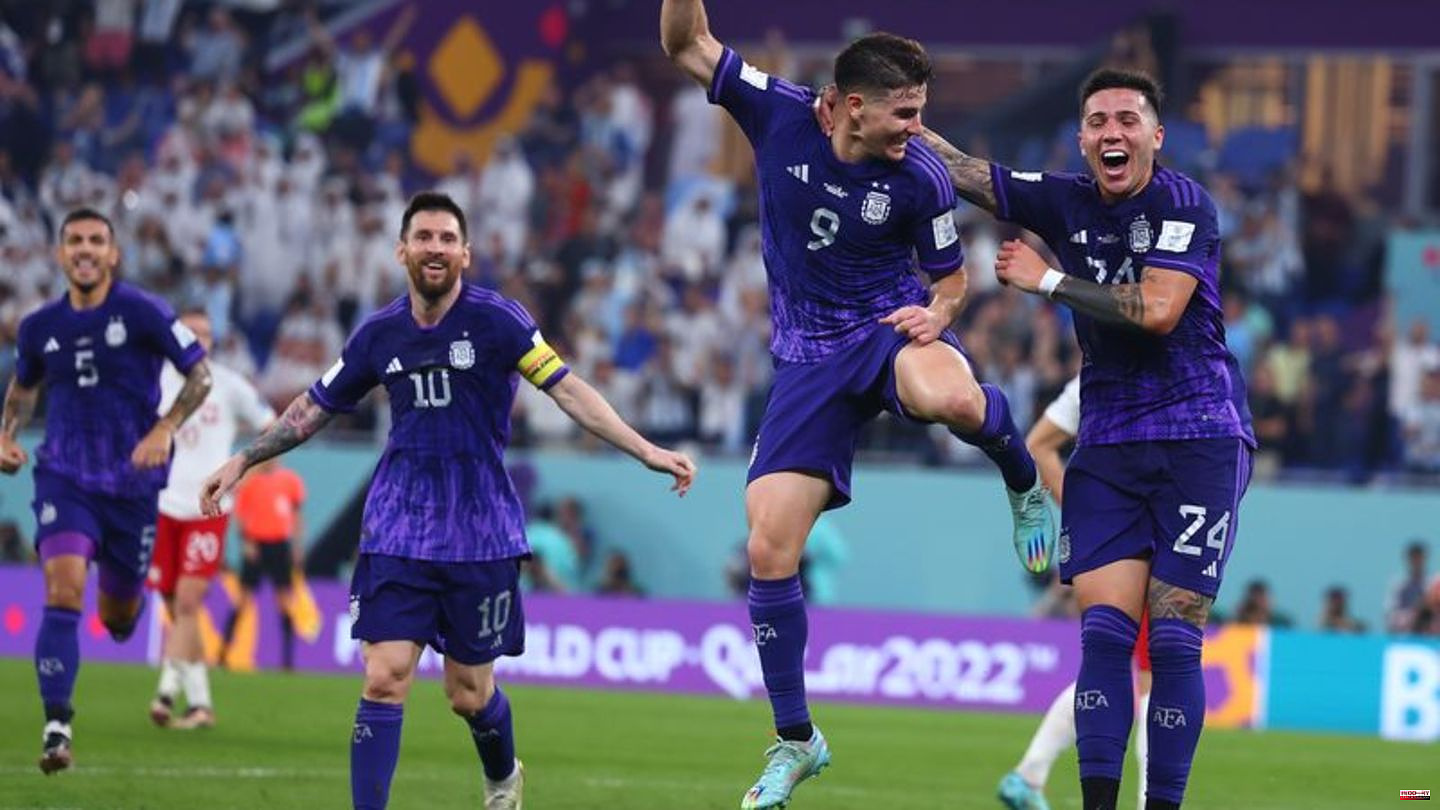 Lionel Messi led Argentina into the round of 16 despite a missed penalty in the big superstar summit - and Robert Lewandowski also celebrated his first knockout stage in 36 years after a dramatic final phase with Poland.

Messi failed on Wednesday to make it 2-0 (0-0) in his World Cup record game with a penalty kick on Poland goalkeeper Wojciech Szczesny (39th minute). But Alexis Mac Allister (48th) and Julian Alvarez (68th) ensured the deserved victory for the South Americans, who, led by the outstanding Messi, presented themselves as a title candidate for the first time at this World Cup.

The fact that Lewandowski, who started the duel as table leader, can also continue to hope for World Cup honors was due to the goal difference. Compared to Mexico, who had the same number of points, that spoke just for the Poles. The defeat in front of 44,089 spectators was therefore to be overcome. Argentina will now meet Australia in the round of 16 on Saturday, while Poland will face world champions France.

In the world footballer's showdown with Lewandowski, Mac Allister and Alvarez's goals prevented Messi's penalty miss from becoming a painful key scene for the South Americans at Stadium 974 in Doha Harbour. The football genius had to admit defeat to the penalty expert Szczesny in the nerve test from the point. After the Juve goalkeeper hit Messi in the head after a cross, referee Danny Makkelie, after watching the video images for a long time, fought his way through to the penalty kick, which was worth discussing, to the cheers of the Argentinian fan superiority in the stands.

After saving the penalty against Saudi Arabia, Szczesny quickly raised his right paw against Argentina's new World Cup record player. The rescuer was then heartily hugged by his teammates. But he was powerless when Mac Allister scored just after the break. It was Poland's first goal after well over 400 minutes. But that wasn't all this time.

Duel of world footballers in focus

After the round of 16 of the World Cup attractions Cristiano Ronaldo, Neymar and Kylian Mbappé, the direct clash between Messi and Lewandowski was the focus like no other star duel of this World Cup. Every gesture, every facial expression, every seemingly insignificant detail of the former and current FC Barcelona leader was captured by the cameras. In the end, Messi, decorated with more individual accolades, had the better end for himself.

Following a respectful hug before kick-off, the game developed that is typical of the two in their national team. Messi was practically everywhere, getting the balls in midfield, tricking, passing, shooting - but in the 22nd World Cup game he just didn't want to score. Again and again the Polish defense tried to deliver him with several players; otherwise the PSG professional cannot be stopped even at the age of 35.

And Lewandowski? He usually stayed away from the many action moments. The model athlete, who fulfilled a childhood dream with tears in his eyes after scoring his first World Cup goal in the 2-0 win over Saudi Arabia, was waiting for his big moment at the summit. When the ball did get to him, Albiceleste defenders Nicolás Otamendi and Cristian Romero got down to business rustically against the former Bayern star. Annoyed, he turned away after Argentina's opening goal - he didn't want to see the jubilation and looked at the level of the center circle on the ground. In the end he was able to laugh too. 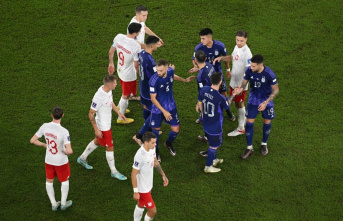