Fifa President: No trust, no support: First football associations turn away from Infantino

The dispute over the "One Love" armband between some football associations of the World Cup in Qatar and FIFA is spreading. 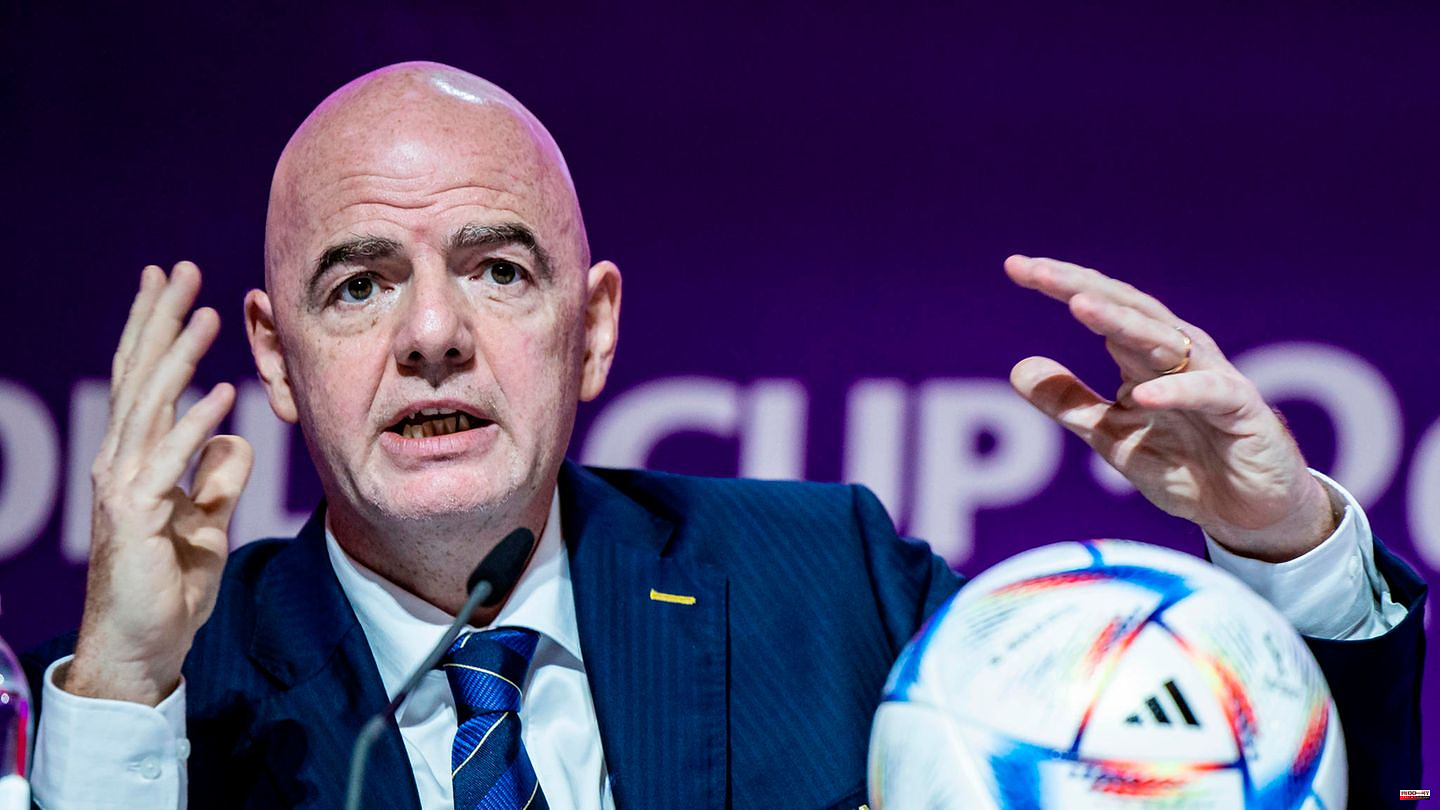 On Wednesday, the Danish Football Association DBU held a press conference to say they no longer supported Infantino. DBU President Jesper Møller said that they did not want to give a declaration of support for Infantino's re-election.

"We have to react now. We have the feeling that we have to. What happened is deeply reprehensible. We will have these things legally clarified," said Møller. "There is only one candidate and we have to wait and see if a new candidate comes along. There is still some time. But Denmark will not support the current president."

"I've been under the DBU since 1998 and five times with the Danish national team at the World Cup and what happened there is totally unacceptable and deeply reprehensible."

Reports that the DBU are even considering leaving Fifa are wrong, it said. "Some media have spread the misconception that the DBU will leave FIFA," DBU communications chief Jakob Hoejer told Reuters.

"That was not said at the press conference. We are critical and dissatisfied and will not elect the current Fifa president. We will discuss how to proceed with our Nordic and European colleagues."

According to the DBU, the decision not to support the president was made before the World Cup, after the association discussed it in August.

"I can say that Denmark is not among the 207 countries that have signed a declaration of support," Møller continued.

Denmark is joined by Norway and Sweden. The Norwegian Football Association NFF has "completely" lost confidence in Infantino, its president Lise Klaveness told the public broadcaster NRK. "In the NFF we have no confidence that Infantino is the right leader to take us forward." She points out that distrust of Infantino is more than the chaos surrounding the rainbow colors on the captain's armband.

Unfortunately, no opposing candidate was presented in time, "so that Infantino is unfortunately the only candidate at the moment". The next election for the office of FIFA President will take place in Rwanda in March. The deadline for registering candidates was November 16th.

However, Klaveness told the NRK that an attempt was made to find an alternative candidate. "We at NFF have made many attempts to speak to others who could have been opponents but didn't want to." This is because Infantino has enormous support.

The NFF president said that Infantino had "got off to a good start, initiating a number of good reforms". In her view, however, over time there has been a "steady departure from it".

Sweden's football association SvFF also no longer wants to support Infantino, as the newspaper "Sportbladet" reports. However, its President Karl-Erik Nilsson does not rule out voting for him again in the Fifa presidential elections in March.

"It's unthinkable at the moment, but it's hard to say what the world will be like in four months, so we have to follow the development."

Nilsson told the Expressen newspaper on Sunday that they were considering actively supporting Gianni Infantino. But then came the discussion about the "One Love" bandage. Nilsson calls Fifa's decision "incomprehensible" and says confidence in Infantino is "severely damaged".

Nilsson made it clear in a comment on the SvFF website on Wednesday that they were considering supporting Infantino. But only if he can guarantee four points:

In the current situation, however, such support is currently out of the question. "We hope that FIFA will reconsider its position on One Love and otherwise make a clear commitment to human rights and a dignified and respectful dialogue in world football."

Gianni Infantino has been the FIFA President since 2016. If he is re-elected next year, it will be his third and final term. The Fifa statutes do not allow more than twelve years as president. The continental associations from South America, Africa, Asia and Oceania have already signaled their support for Infantino. In 2019, Infantino had already been confirmed in office without an opponent.

The German Football Association (DFB) will not have its own candidate in the election for Fifa President next March, but will also refuse to support incumbent Gianni Infantino. A few days later it was said that the DFB was keeping a vote for Infantino open despite the differences over the compensation of guest workers in the World Cup host country Qatar.

"We are in dialogue. We expect that a solution will be found. That's why we decided to say: We will not participate in the nomination," said DFB Vice President Ronny Zimmermann on Friday in the ZDF "Morgenmagazin". ". "If you don't nominate him, it doesn't automatically mean that you don't choose him in the end. That certainly depends on how the talks end."

During his tenure, Infantino accumulated a series of scandals and controversies. Criminal proceedings against him have been ongoing in Switzerland since July 2020. It's about secret meetings with the head of the Swiss federal prosecutor's office. Specifically, it is about incitement to abuse of office, violation of official secrecy and favoritism. In 2022 Infantino moved to Qatar. 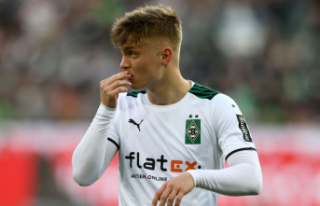 Gladbach: These are the candidates for a winter loan