Led by a dancing Vincenzo Grifo, the SC Freiburg players celebrated their next win in the Europa League. 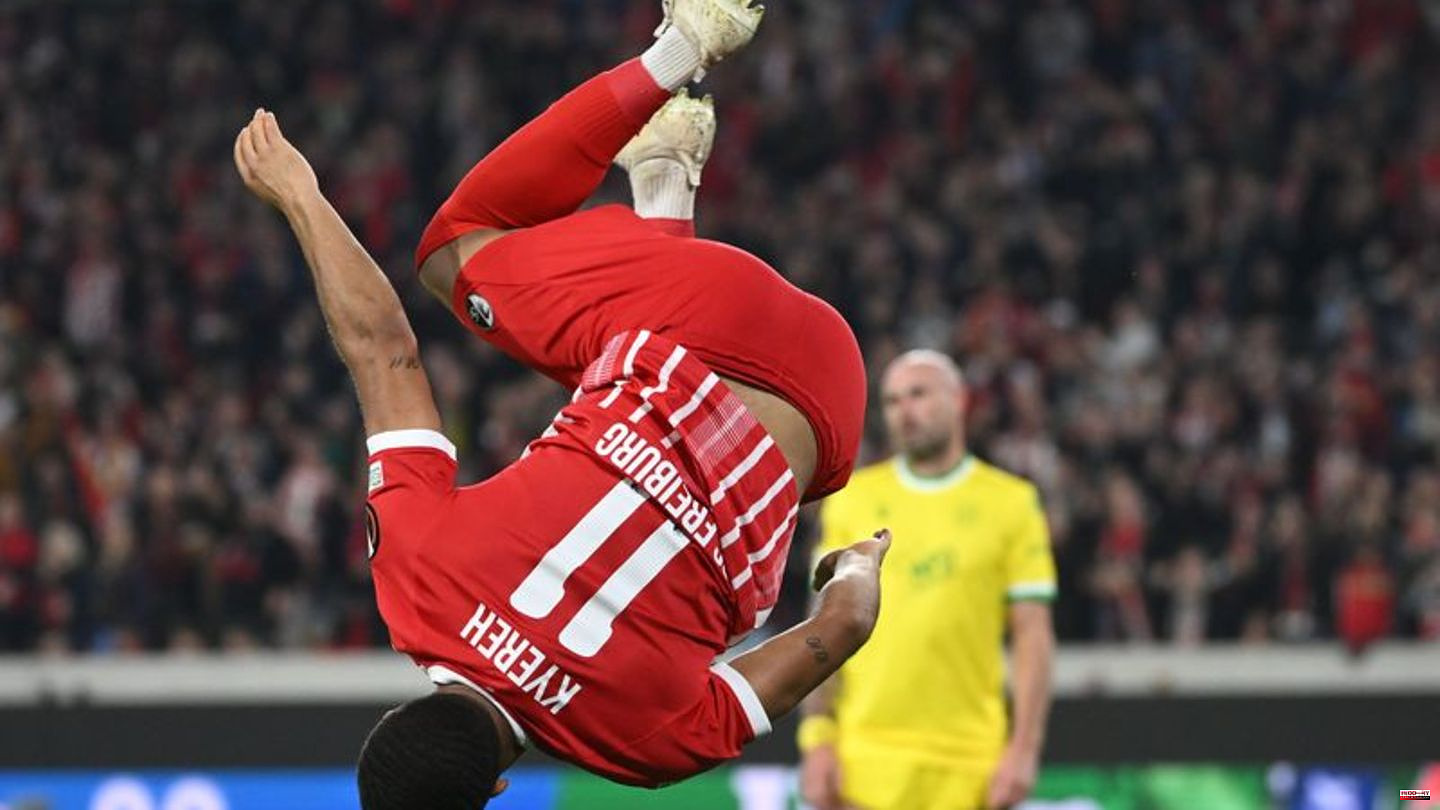 Led by a dancing Vincenzo Grifo, the SC Freiburg players celebrated their next win in the Europa League.

The fans didn't want to let the pros go after the 2-0 (0-0) win over FC Nantes on Thursday evening. A situation to which Freiburg have almost gotten used to after nine games without defeat. Although this time they had to do without their head coach Christian Streich, who tested positive for Corona.

The third win in the third game was somewhat overshadowed by the injury-related replacement of striker Michael Gregoritsch. But even without Austria's national player, the second in the Bundesliga table dominated the game in front of 33,200 spectators. Kyereh, who scored his first competitive goal for Breisgau five days ago, continued the performance he showed against Mainz (2-1) and scored again (48'). Grifo scored the final score (73rd).

With nine points in Group G, Freiburg have further improved their chances of progressing. Nantes has three points before the reunion in France next Thursday (6.45 p.m.).

In front of the television at home, Streich saw a Freiburg team controlling the game. In the first round alone, the Breisgauers had almost 60 percent possession of the ball, only the penetration power was lacking at first. Kyereh had the best chance after just over half an hour, but the French goalkeeper was able to deflect his deflected shot to a corner.

The prank, which tested positive for Corona on Wednesday, was represented on the sidelines by assistant coach Patrick Baier, and liaison coach Julian Schuster was also on the bench. The basis of the Freiburg season, which has been so strong again so far, was clear even without the head coach: the familiarity. Freiburg relied on exactly the same starting eleven for the fifth time in a row.

Gregoritsch has to get down early

However, goalscorer Gregoritsch was injured after 20 minutes and Nils Petersen came on for him. The hosts also tried with the storm routine and dominated the game against deep French. However, the last pass was missing for a long time - until Kyereh struck. After a mistake by the guests, Ritsu Doan put the ball across the 26-year-old, who took the lead from close range. Kyereh celebrated his first Europa League goal with a backflip.

The Breisgauer didn't have much trouble with the weak opponent over the entire season. The table-16. in the French league, there was hardly anything offensive, and in defense the guests were anything but secure. Before he scored, Grifo had plenty of time and space to flick the ball into the bottom right corner. Petersen (79th) almost made it 3-0, but the goalkeeper saved again. 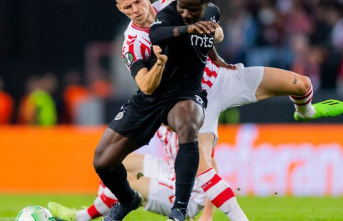