Croatia defeats Morocco and comes third in the World Cup: The individual review of the game

Croatia defeated a fighting but exhausted Morocco 2-1 to secure third place at the World Cup. 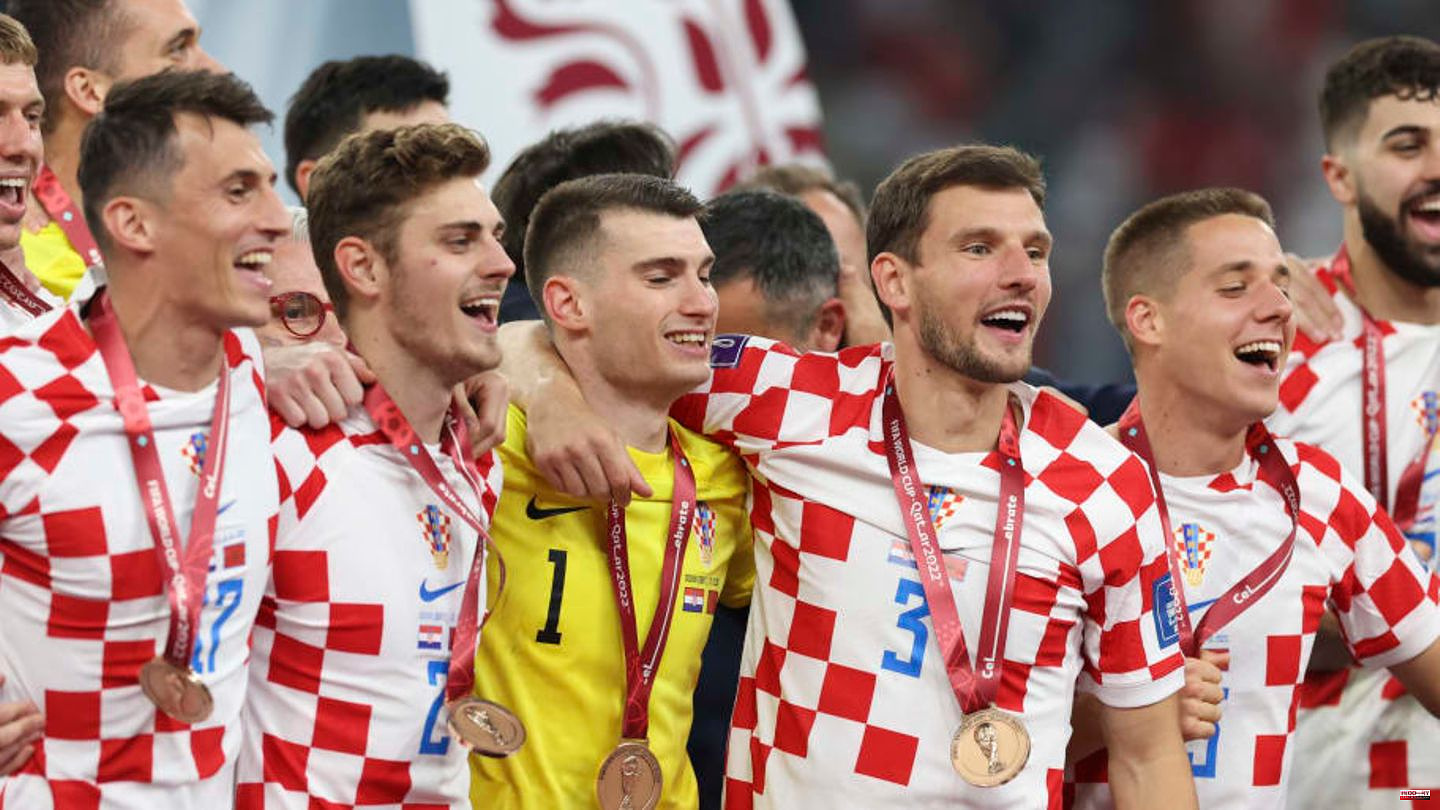 Croatia defeated a fighting but exhausted Morocco 2-1 to secure third place at the World Cup.

Zlatko Dalic's side were torn apart by Lionel Messi and Argentina in the semi-finals but were back at their best today, controlling the game and creating most of the chances.

Morocco ran out of magic in the semi-final defeat by France and it looked like that game too would go too far for the Atlas Lions. They conceded the first goal after just six minutes when Josko Gvardiol netted a header after a clever move.

However, just two minutes later, Morocco equalized with a goal befitting the team's style of play at the World Cup. After putting pressure on Croatia with a free-kick, centre-back Achraf Dari capitalized on the confusion in the opposition's box and headed in from close range.

It was the perfect opening 10 minutes of a game that many feared would feel like a clean sheet, as both sides were determined to end this World Cup on a grand scale.

Both teams made life difficult for each other as the first half progressed, but Croatia took the lead again just before half-time. Morocco failed to clear the ball after a Croatian attack and Marko Livaja was able to stage Mislav Orsic, who slotted the ball past Yassine Bounou at the far post.

The pace and excitement were lacking in the second half. Morocco suffered multiple injuries which forced Walid Regragui to place midfielder Sofyan Amrabat in central defence.

The greatest excitement came 20 minutes from time when referee Abdulrahman Ibrahim Al Jassim denied a penalty after Gvardiol went down in the penalty area.

The replays showed that Amrabat had indeed pulled his foot away from the defender but the VAR oddly chose not to intervene.

Despite Morocco fighting to the end and Youssef En-Nesyri almost equalized in the dying seconds, Croatia prevailed 2-1 to secure third place.

Although both teams dreamed of reaching a coveted World Cup final, today they outdid themselves and put up a real fight.

TW: Dominik Livakovic - Grade: 7/10 - With some good saves he crowned a fantastic tournament.

IV: Josip Stanisic - Grade: 7/10 - A very safe performance by the defender, who was allowed to stand in for Juranovic today.

IV: Josko Gvardiol - Rating: 8/10 - Gvardiol put Croatia in the lead with a powerful header. He did really well in Qatar and was outstanding again today.

RAV: Lovro Majer - Grade: 6/10 - Didn't really get a chance in the Croatian attacks and was rightly substituted.

CM: Mateo Kovacic - Grade: 7/10 - Another top-notch performance from Kovacic, who has been as effective as his partner Modric at this World Cup. But he really should have used the late chance...

CM: Luka Modric - Grade: 7/10 - It could be the last time we see Modric in the Croatia shirt and the 37-year-old didn't disappoint as he looked delightfully composed throughout.

LAV: Ivan Perisic - Grade: 8/10 - Perisic had an excellent World Cup and ended it here with a skillful header to Gvardiol's goal. The Tottenham Hotspur winger is another Croatian player who may not see another World Cup and he has reminded his country what he will miss if he leaves.

ZOOM: Andrej Kramaric - grade: 7/10 - showed a diligent performance and it was a pity that his afternoon ended early through injury.

ST: Mislav Orsic - RA: 7/10 - Spurs and Chelsea fans still have nightmares about Orsic, who played for Dinamo Zagreb in the Champions League and lived up to his reputation with a superb flick here.

ST: Marko Livaja - Grade: 6/10 - Had an assist but was also to blame for stopping numerous Croatian attacks.

ManagerZlatko Dalic - Grade: 7/10 - Croatia weren't quite up to par against Argentina but Dalic got his side going again today. If he was also involved in devising the free-kick trick, he deserved an extra point.

TW: Yassine Bounou - Grade: 5/10 - He was arguably the best goalkeeper at this World Cup, but Bounou looked anything but safe between the posts today.

RV: Achraf Hakimi - Grade: 6/10 - He defended well and kept pushing his side forward, but lacked the penetrating power to decide the game for his side.

IV: Achraf Dari - Grade: 7/10 - Scored a well-executed goal and defended well, but unfortunately had to retire early with an injury.

ZDM: Sofyan Amrabat - Grade: 6/10 - Not the best hour from Amrabat, who was one of the stars of this World Cup - although he had to play in the back line in his defense in the last half hour because his teammates were injured.

CM: Abdelhamid Sabiri - Grade: 5/10 - Morocco's blocking tactics did not help control the game in the way Morocco had throughout the tournament and the game largely passed Sabiri before he was substituted at half-time .

CM: Bilal El Khannous - Grade: 6/10 - Like Sabiri, he struggled to do anything against a stable and experienced Croatian midfield.

RA: Hakim Ziyech - Grade: 7/10 - A bright spark in the Moroccan attack, most of their best plays came through Ziyech.

LA: Sofiane Boufal - Grade: 6/10 - The former Southampton player has garnered praise for his performances in Qatar, but today he was more what Saints fans remember from his time on the south coast.

ST: Youssef En-Nesyri - Grade: 5/10 - Was only marginally involved in the game - although, to be fair, he was hardly served by his teammates.

Walid Regragui - Grade: 6/10 - Regragui only took charge of Morocco in August and has achieved a lot with the squad at the World Cup, putting together a well-organized and incredibly effective squad. However, if one wishes to be critical, the manager could be blamed for the fact that his reluctance to rotate was at the root of the many injuries that thwarted his side's performances against France and Croatia.

This article was originally published on 90min.de as Croatia defeats Morocco and comes third in the World Cup: The individual review of the game. 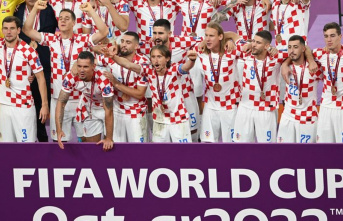