BVB lands a furious away win at Seville: The Dortmunders in the individual review

Borussia Dortmund showed a good reaction after the bitter bankruptcy against 1. 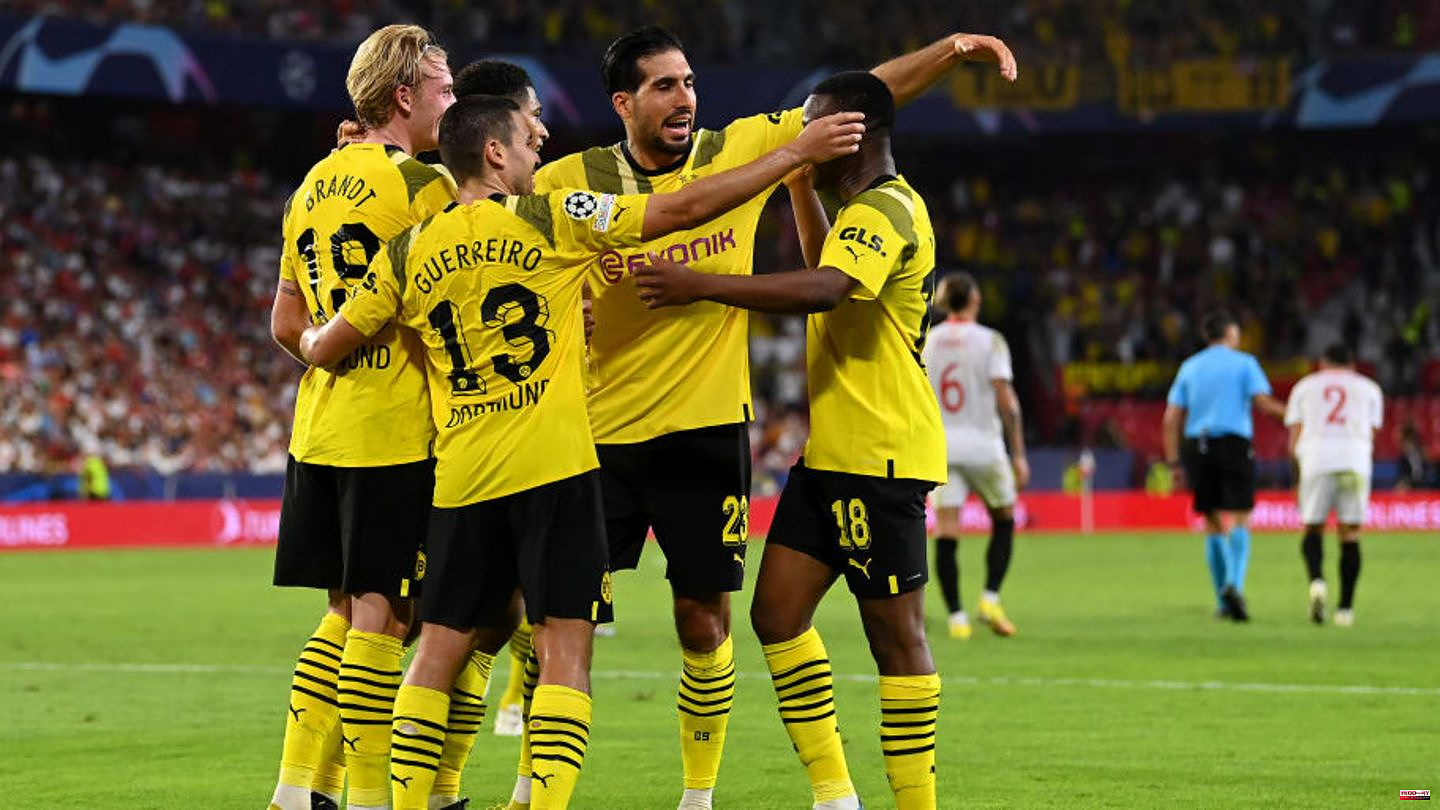 Borussia Dortmund showed a good reaction after the bitter bankruptcy against 1.FC Köln and won the important CL away game against FC Sevilla 4:1. Guerreiro, Bellingham, Adeyemi and Brandt provided the BVB goals. The black and yellow showed a strong game, especially in the first half, but also withstood the greater pressure from Sevilla in the second half. However, one could also thank goalkeeper Meyer and the lack of precision of the hosts in the end. We take a look at the performance of the BVB kickers.

The BVB keeper was challenged for the first time in the tenth minute and made a double save against En-Nesyri, who was free in front of the goal. His save in the 36th minute after a dangerous header from the said Sevilla striker was just as strong. At 1: 3, En-Nesyri defeated the BVB keeper, but he couldn't do anything against the header. In the closing stages, he steered a Dolberg degree to the crossbar. All in all, a very strong game after his drop-out against the Skyblues. Rating: 9/10

The right-back was initially one of the more inconspicuous Dortmunders. After all, he did not hit inefficient crosses in the middle, but often chose the short pass to his offensive colleagues. His pass before Moukoko's big chance in the second half was fantastic. Defensively, Meunier seemed very stable, apart from the Telles chance in the 56th minute. Rating: 7/10

Niklas Süle took the lead upside down in the third minute, but missed the goal by several meters. Shortly thereafter, he was too far away from the man in an Isco header. Otherwise he made a pretty confident and strong impression in one-on-one combat, although his actions didn't particularly stand out. At the Dolberg chance just before the end he was a bit too far away, but that wasn't really decisive anymore. Rating: 7/10

Schlotterbeck looked very safe in the first half, but after the restart, lost the header duel against En-Nasyri, who scored the 1:3. However, he couldn't really climb up either because of a borderline entry from the Sevilla striker. He then recorded scenes with light and shadow. In the 63rd minute he made a very important tackle in the penalty area, but ten minutes later he only saw the rear lights against En-Nesyri in a running duel, which in turn led to a big chance. Rating: 5/10

The Portuguese got into the game straight away and set up Süle's chance with a free kick in the third minute. Just two minutes later, he processed a diagonal ball from Bellingham perfectly and made it 1-0 with a deflected left-footed shot. Guerreiro was very well involved in the offensive game and also prepared Brandt's chance just before half-time, which is worth seeing. In the second half, Guerreiro was more inconspicuous but didn't record any major errors. He was also largely unscathed defensively. Rating: 8/10

Can initially delivered a solid and largely flawless game before he dribbled unnecessarily in the 36th minute and created En-Nesyri's big chance with a classic Can ball loss. Again and again Can didn't really hit long balls with precision, but was mostly present in the duels. The only casual thing was his unsuccessful defensive action before the last Sevilla chance in added time. Rating: 5/10

The central midfielder made a striking and extremely strong game in the first half. With a strong run, Özcan was initially sent off, but this was withdrawn in advance due to a foul by Adeyemi. However, the new signing continued happily and prepared Bellingham's 2-0 lead with a vertical pass. Shortly thereafter, his pressing was also very strong, with which he played a decisive role in making it 3-0. After the half-time whistle, however, Özcan revealed some problems, lost a lot of balls and didn't really appear in the duels. FC Sevilla could no longer punish it.Rating: 7/10

It's amazing what the BVB midfield motor conjures up on the pitch and how versatile his skill set is. Bellingham made it 1-0 with a wonderful diagonal ball on Guerreiro, and he made it 2-0 himself after a short solo in the penalty area. However, it speaks for him that he remained calm during this more than dangerous scene. In the second half, he was no longer able to set so many accents, but remained grippy and strong and was therefore a very important factor for the win. Rating: 10/10

It took Adeyemi a little to get into the game but then steadily picked up momentum. His preparation was strong in the 33rd minute, but Moukoko didn't finish perfectly. Shortly thereafter, he showed a worthwhile individual action, even if his shot went quite wide. But he hit the net in the 43rd minute after a parried Moukoko shot with a dust collector. In the second half, the winger lost some ground and was replaced by Malen. Rating: 7/10

Julian Brandt attracted attention in the first half with a few unsuccessful dribbles. Although the body language of the German national player was correct, very little wanted to succeed. He had his first chance to finish shortly before the break after a strong interaction with Guerreiro, but unfortunately he didn't hit the ball perfectly from a tight angle. However, his header hit to make it 4-1 was brilliant and made the decision. Rating: 7/10

The attacker made a very confident impression and from the 40th minute he had more chances to score himself. Before the 3-0 he failed after a technically outstanding action at the Sevilla goalkeeper, but Adeyemi was able to use the rebound. In the 52nd minute, after a good individual action, he failed again at the goalkeeper. A little later he should have snapped after a Meunier pass, but aimed a little too high. He prepared Brandt's 4:1 with a cross. Rating: 8/10

The Joker had his first big chance in the 71st minute, but the angle became too acute for the Dutchman, who could have served Moukoko. Malen looked very keen and ten minutes later had another dangerous finish, but just missed the goal. The offensive player absolutely provided a breath of fresh air. Rating: 7/10

The ex-Cologne native had to be satisfied with the joker role, but couldn't really contribute in the ten minutes of play. No rating

The youngster replaced Guerreiro at left-back but kept a low profile. He didn't even get a goal today. Without rating

The youngster came just before the end and didn't attract much attention. No rating

This article was originally published on 90min.com/DE as BVB lands furious away win at Sevilla: Die Dortmunder in the individual review. 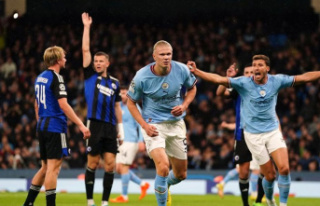