VfL Wolfsburg has mutually terminated the contract with retired attacker Max Kruse. "In open and honest discussions, we agreed that this solution is best for everyone involved," said VfL sporting director Marcel Schäfer in a statement.

The 34-year-old former national player, who was recently recovering from a muscle injury, was sorted out by coach Niko Kovac in early September and has not played a game for Wolves since then. The VfL officials accused him of a lack of professionalism and thus a bad influence on the rest of the team. The ex-player from Werder Bremen, Union Berlin, Borussia Mönchengladbach and SC Freiburg actually had a contract in Wolfsburg until the end of June 2023. 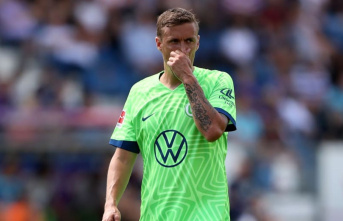