The "King" never lost his smile. 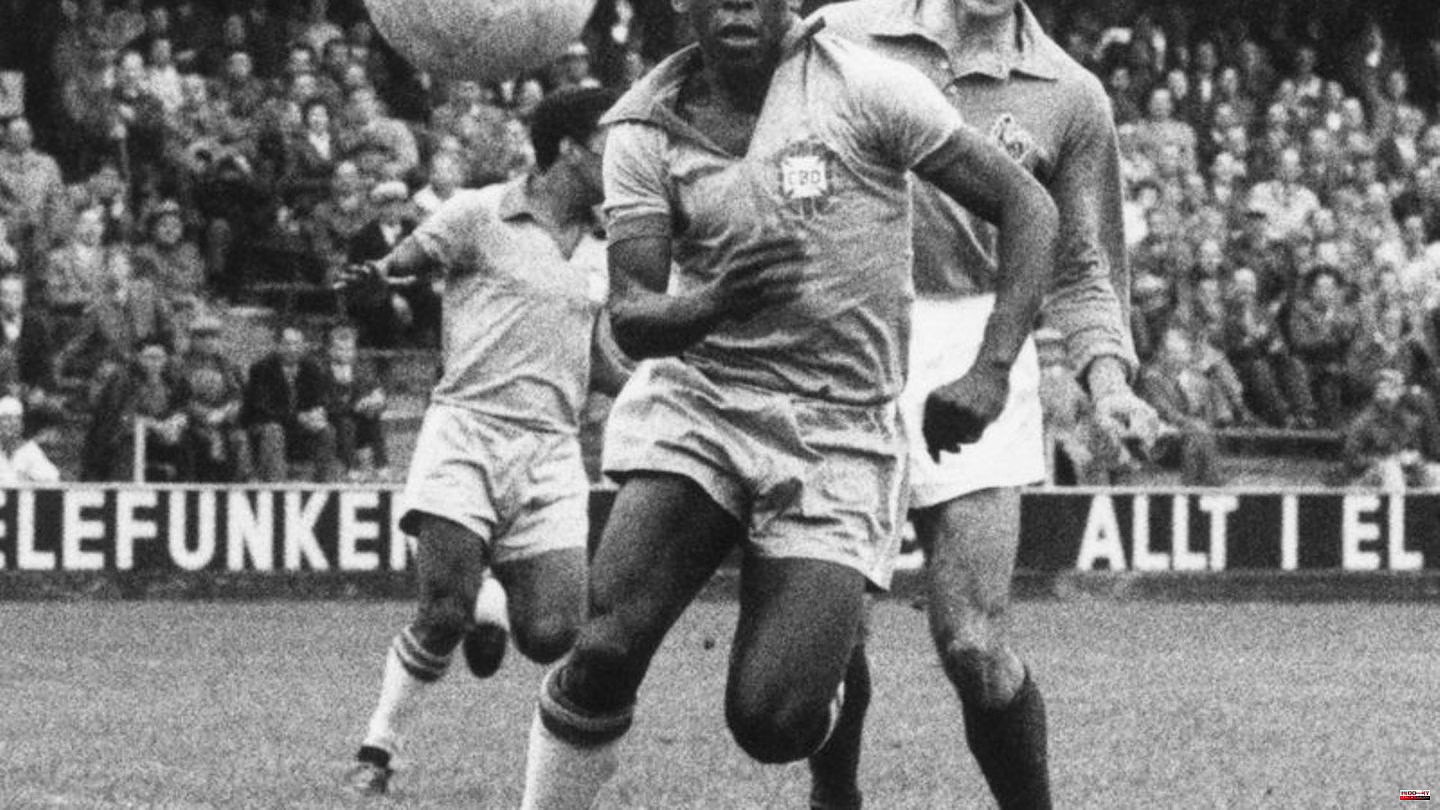 The "King" never lost his smile. That characteristic wide grin, with the time-honoured Jules Rimet World Cup winner's trophy in both hands, with old friends, with family in his arms. Pelé, that incredible player who shaped football like no other, smiled. And with him the whole world.

"The greatest footballer of all time," said Franz Beckenbauer, representing millions of people. "Rei do Futebol" died on Thursday at the age of 82.

The Brazilian spent his last days with his family at the Israelita Albert Einstein Hospital in São Paulo. The world champion of 1958, 1962 and 1970 was seriously ill with cancer. The day before Christmas Eve, his daughter, Kely Cristina Nascimento, posted a photo with her father in bed, embracing each other. "We continue here, in the fight and in faith. One more night together," she wrote – it already sounded like farewell. On Thursday she wrote: "Everything we are we owe to you. We love you infinitely, rest in peace."

Pelé, whose full name was Edson Arantes do Nascimento, was already a legend in his lifetime. World governing body FIFA had named him - like Diego Maradona - the "Player of the 20th Century". It is a very small circle of the best, the most important of this sport, to which only very few belong next to the "King" and Maradona. The names of Beckenbauer, Johan Cruyff and Lionel Messi fall into the discussion.

"This boy will be the best soccer player in the world," said Waldemar de Brito, who is considered to be his discoverer. The shoemaker's apprentice got a contract with FC Santos in 1956 and made his debut at the age of 15 in the first team. At the age of 16 Pelé played for the first time in the national team, where he is still the record goalscorer (77 goals in 92 international matches). Overall, he is said to have scored 1,281 goals in 1,365 games - a record unmatched to this day.

At the age of 17, Pelé decides the World Cup final

In 1958 national coach Vicente Feola took the then 17-year-old to the World Cup in Sweden. That's where Pelé's star rose. He scored two goals in the 5-2 final against the hosts. The images of Pelé crying, leaning on Gilmar's shoulder, went around the world. He enchanted everyone with his light-footed, extremely sure-footed and goal-threatening style of play. In the tournament he scored six goals and made history: youngest player, youngest goalscorer, youngest world champion!

In 1962 in Chile Pelé was injured in the second game and from then on sat in the stands. Miracle healer Mário Américo couldn't prepare him for the final either, which Brazil won 3-1 against CSSR. In England 1966, Brazil's hero was chased and kicked like fair game by the Portuguese defenders. With the 1:3 against Portugal, the tournament favorite was eliminated in the preliminary round. Pelé never wanted to play a World Cup again.

Ahead of the next World Cup in Mexico, the Brazilian government put pressure on new coach João Saldanha, who had ignored Pelé. Pelé slipped back into the canary yellow jersey. Under Saldanha's successor Mario Zagallo, the Seleção marched through the tournament and swept Italy 4-1 in the final. For a short time with a sombrero on his head, Pelé was carried on his shoulders through the Aztec Stadium. A year later he ended his unique career in the Seleção in a 2-2 win against Yugoslavia in front of 180,000 spectators in the Maracanã.

The man, who was born on October 23, 1940 in the place with the beautiful name Três Corações (three hearts) in the state of Minas Gerais, later played with Germany's "Kaiser" Beckenbauer at Cosmos New York. Pelé had financial problems at the time, but he was able to consolidate in the USA. A photo from 1977 of Pelé and Beckenbauer standing naked in the shower is one of the pearls of the football documentary. "A picture of the century," even the German world champion of 1974 once said with a smile.

Beckenbauer was a friend of Pelé's, his favorite enemy for a long time was Diego Maradona, who saw himself as the god of football. Pelé accused the Argentine of setting a bad example for young people - while Maradona called Pelé a case for the museum. The two fought verbal skirmishes during the FIFA election for the "player of the century".

"The football world has already made its decision for me," Pele said at the time. "But if the title can help Maradona overcome his drug problems and return to the football family once more at 40, why not?"

The Brazilian left no doubt that he considers himself the player of the century: "It's like music. There's Beethoven and the others there. And in football there's Pelé and the others." In an emotional farewell letter to Maradona's death at the end of November 2020, Pelé sounded more personal words, suggesting a deep friendship between the two world stars.

His best goal? Pelé himself said: The 4-2 Santos game against Club Atlético Juventus from São Paulo on August 2, 1959, when he juggled the ball in the air in the penalty area, lobbed over three opponents in succession, then over the goalkeeper, to finally net the ball with his head. But there are no video recordings of this, only animations, which only fed the myth.

On the way to the locker room, every player in the Maracanã Stadium passes an old leather ball - the one with which Pelé scored his 1000th goal on November 19, 1969. The superstar played with FC Santos against Vasco da Gama from Rio de Janeiro. After a few missed chances comes the 78th minute. Pele is fouled. Whistle. penalty. He starts himself, shoots placed in the right corner. "O Milésimo" is reached. All dams break, he grabs the ball and kisses it.

He later told the magazine "11Freunde": "Actually, I had imagined that goal with the magic number to be different than a penalty kick, of all things. But in the meantime, any kind of goal was fine with me; if I just finally got it over with." Even the church bells rang in his honor.

In recent years, things have calmed down around Pelé. At the inauguration of a football academy bearing his name in Resende, in the interior of Rio de Janeiro state, in the summer of 2020, he also spoke about his health, having recently undergone hip surgery. "People are talking about football, my career, but nobody has asked about my children," he said. "In that situation, I spent a little more time with them and learned a lot." In addition, he had been repeatedly taken to the hospital as part of his cancer treatment.

Some criticism at home

In his home country, the football king had come under criticism because of paternity processes and his many advertising contracts. The question of whether he was ready to light the Olympic flame at the Rio 2016 games was embarrassing. Opening ceremony producer Abel Gomes met Pelé at a restaurant and kissed his hand. As if he were a real king. Pelé let it be known that he first had to clarify this with his PR company. Finally he canceled at short notice – allegedly because of health concerns.

Pelé "never advertised alcoholic beverages, politics, religion or tobacco," he said himself. But for a well-known sexual enhancer, even if he always emphasized that he had never used any himself. He has seven children, two of them illegitimate. He has two failed marriages behind him. At the age of 75 he married his third wife Márcia Cibele Aoki.

Santos has its own Pelé Museum. From 1956 to 1974 he played for FC Santos and won the World Cup with the club in 1962 and 1963. Under President Fernando Henrique Cardoso, Pelé was even Brazil's sports minister from 1995 to 1998 - his great wish was that Brazil would one day become world champions at home. But then, like his compatriots, he had to experience one of the darkest hours with the 7-1 loss to Germany in the 2014 semifinals. 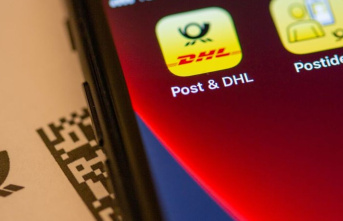