Not a single World Cup game is played in this stadium and yet the stands are packed every evening. 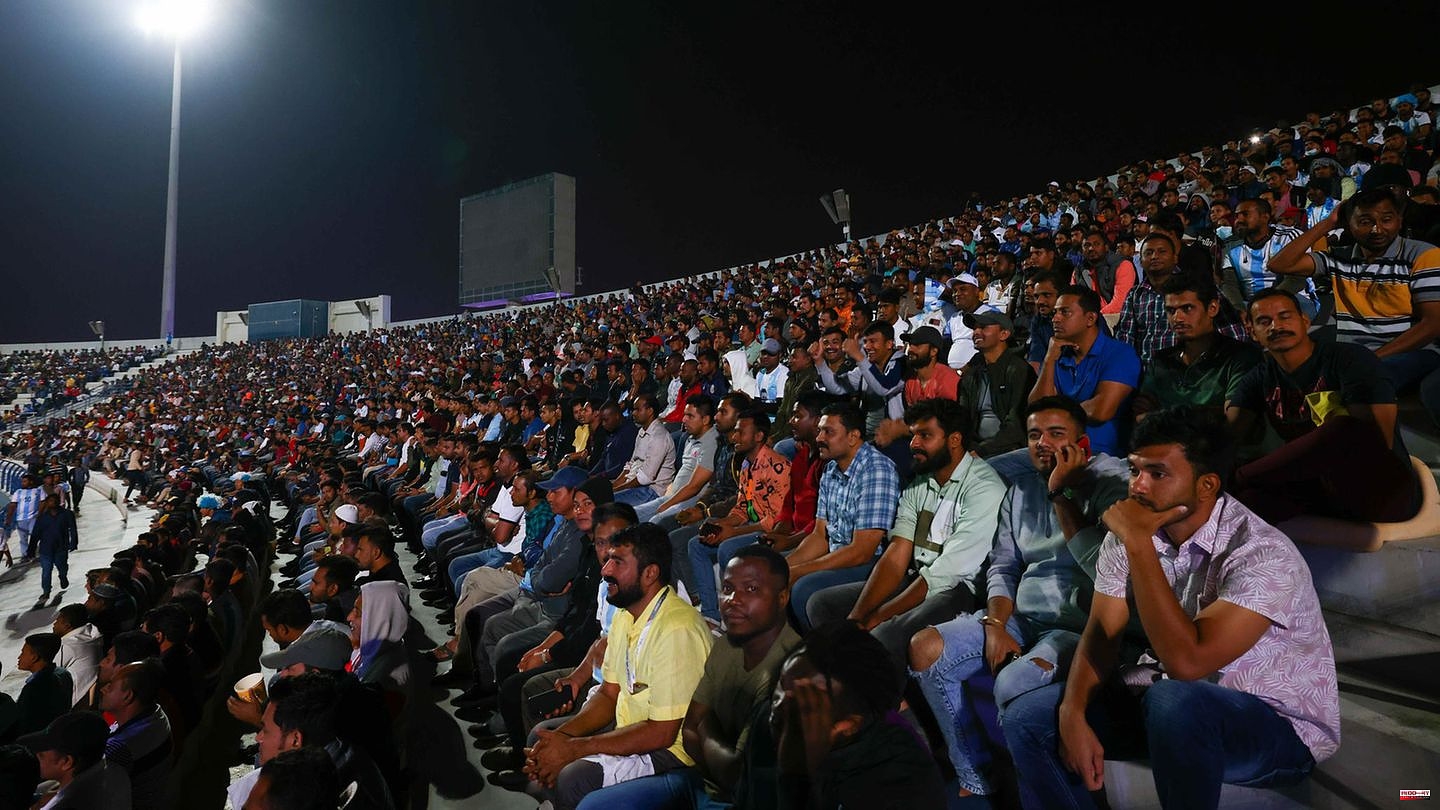 Not a single World Cup game is played in this stadium and yet the stands are packed every evening. Those who arrived on time still found a place. Others are squatting down on the yellowed lawn, staring intently at the big screen. Brazil is playing that night and whenever the Seleção approaches the goal, the crowd cheers and whispers. The Brazilian team with its stars - that is a great love for many football fans here.

It is mainly young men from Bangladesh, Nepal and other poorer Asian countries who have made their way to this stadium. Otherwise, teams from a different sport compete for points in the "Asian Town Cricket Stadium". But for the World Cup, the hosts have set up one of several fan zones here, which differs in many ways from the other event locations of the tournament.

The "Fan-Zone Industrial Area", as it is officially called, is located on the outskirts of the capital Doha, about three quarters of an hour by taxi from the center, far away from all the dazzling glitter and polished glamor of this wealthy emirate. Qataris rarely get lost in this area, World Cup guests from abroad even more rarely. The collective accommodation for the foreign workers can be reached in a few minutes on foot. Whoever drives into the "Industrial Area" enters a parallel world of migrants.

Qatar and its guest workers is one of the big issues at this World Cup. Those who work long hours and in the heat of the day have paid the price for world governing body FIFA awarding its flagship tournament in 2010 to a country where most of the stadiums and infrastructure needed to be built first.

The British newspaper "The Guardian" last year researched the number of more than 6,500 guest workers from India, Pakistan, Nepal, Bangladesh and Sri Lanka alone who have died in Qatar since the World Cup was awarded. FIFA spoke of three deaths on the stadium and other official World Cup construction sites, the head of the World Cup organizing committee most recently of 414 in the years 2014 to 2020. Just that before the most important sporting event in the world nobody can or wants to say how many people gave their lives precisely for this says a lot about this World Cup.

In Qatar, it quickly becomes clear that there are no traditional guest workers here. There are too many for that. Guest workers keep this country going because they do almost all of the day-to-day work, especially the badly paid ones: the worker on the construction site, the cleaner in the toilet, the cashier in the supermarket, the driver in the bus or taxi. But there are also foreign police officers, doctors, restaurant owners, falconers.

Without migrants, the emirate would be lost for all its wealth. Around three million people live in the Gulf state – just under every tenth has a Qatari passport. The people you meet least often in Qatar are the Qataris.

Rahman, a young Bangladeshi man who actually has a different name, has been living in Qatar for seven years. Wearing a Brazil scarf in the cricket stadium, he dances a few steps when the Seleção scores a goal.

From 6,000 kilometers away in Germany, that may sound contradictory: being exploited for the World Cup and still looking forward to the World Cup games. But Rahman also says that this fan zone, the games on the big screen, the idols from Brazil are also a change from their monotonous, work-filled and deprived life far away from home. They rarely come to celebrate.

Rahman earns his money as a taxi driver, which means for him: driving six days a week, up to twelve hours a day, sometimes less. He works on his own account and makes around 5,000 Qatari riyals a month (about 1,300 euros), he says. But others also make money. The company that owns the taxi license takes money. And often also local sponsors, without whom no foreigner is allowed to stay in the country.

One of the ambivalences in Qatar is that the country on the Gulf has passed reforms in recent years that have improved the situation of migrant workers – at least on paper. They can now, for example, change jobs or leave the country without the sponsor having to give their consent.

Rahman says he can travel home whenever and for as long as he wants. Abdur, a colleague of his from Pakistan, has been living in Qatar for eleven years and would like to move to Poland as a bus driver after this World Cup. "It's possible with the new law," he says. "It wasn't possible with the old one."

But the reality in everyday life is often different. Human rights activists tirelessly point out that the changes in the law are steps in the right direction, but are far from sufficient. "The reforms have proven to be completely inadequate in terms of protecting workers' rights and are poorly enforced," Human Rights Watch said.

This "but" runs through all topics. Yes, the World Cup and the spotlight it has put on the country have strengthened workers' rights in Qatar. But that no longer helps the dead on the stadium construction sites, and the question is also: What happens when this international attention is no longer there?

"I don't think these laws will be withdrawn after the World Cup," said Gulf States expert Nicolas Fromm from the Helmut Schmidt University in Hamburg. "But I don't think the effect of this will be so great that it will solve Qatar's entire problem in dealing with migrant workers. Because if Qatar remains a very popular gas supplier for years or decades, then I don't think there will be strong ones in the West Attempts are being made to discredit this trading partner."

Rahman and Hassan, who have been in the emirate for five years, speak very matter-of-factly about Qatar. There is no resentment or affection in her words. "This is a country in the Middle East. You can't compare it to Europe," says Hassan. And he adds something that many migrant workers here say: "It's better in Qatar than in Saudi Arabia or the Emirates." In Saudi Arabia in particular, the possible host of the 2030 World Cup, "the rules are much stricter." For example, the kafala system, which was officially abolished in Qatar and binds migrants to a local sponsor, still applies there.

Rahman is going home soon to get married. He will come back to Qatar because he wants to keep making money here. But he doesn't want to stay forever. "I have a dream," he says. And that's called Europe, preferably Portugal: "They award citizenships." He will never get a Qatari.

1 Coach of Boris Becker: tennis coach legend Nick Bollettieri... 2 Documentary by Harry and Meghan: The trailer should... 3 Singer: Robbie Williams performs at royal estate in... 4 Top Deals: Last minute offers at Amazon: Shop for... 5 Stock exchange in Frankfurt: Dax weakens after an... 6 Frank Zander: He receives the Federal Cross of Merit,... 7 New trial against Johnny Depp?: Amber Heard does not... 8 How Do You Win Online Bingo? 9 Government: Trump also triggers outrage in the ranks... 10 Protests : Activists: Many shops in Iranian cities... 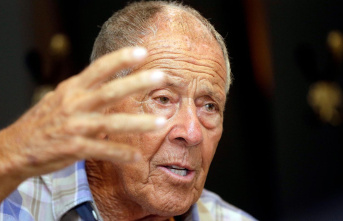