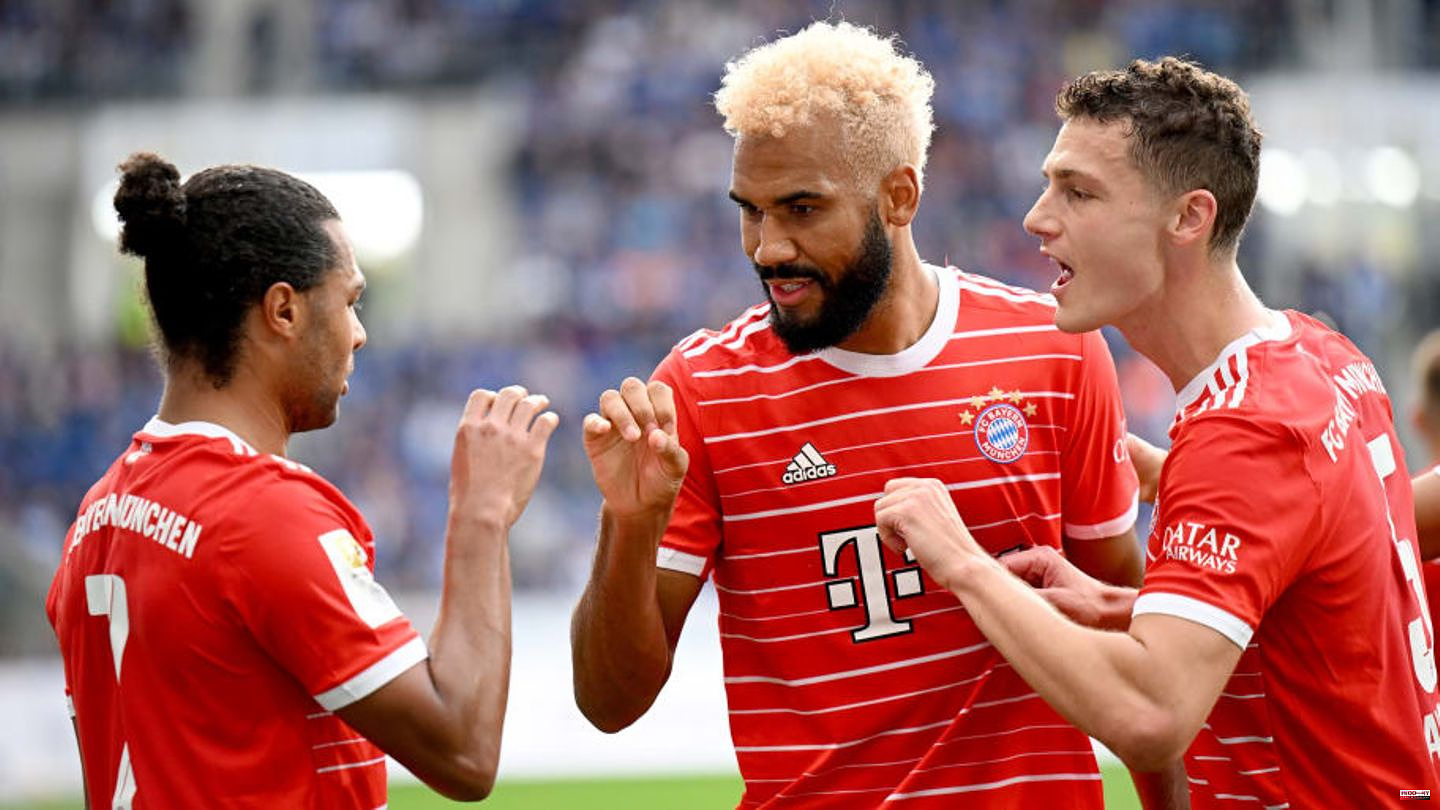 FC Bayern continues its upward trend. Against TSG Hoffenheim, a strong first half and a rather tired second half were enough for an unchallenged 2-0. Jamal Musiala and Eric Maxim Choupo-Moting provided the Munich goals. We'll take a look at the Bayern stars' individual reviews.

Sven Ulreich was challenged twice against Rutter and once against Prömel in the first round, but was able to defuse the dangerous shots from close range. In the second round, the Neuer representative was no longer required. Rating: 8/10

The right-back was up to speed from the start and made a strong save against Angelino with a tackle. After that, the Frenchman remained defensively stable and kept on making successful tackles. However, his flanks lacked sharpness and precision. In the second round he sometimes acted a little too inconsistently, but kept his side tight. Rating: 6/10

Dayot Upamecano was very physical in the early stages and made life difficult for Hoffenheim's attackers. When Rutter had a big chance, however, he let himself be duped twice by him. In the second period he seemed stable again and had a chance to head the ball in the 60th minute. In the 71st minute he also made a strong save just before the goal line. Rating: 7/10

The Dutchman acted very confidently and defused most of the chances with his good positional play and skilful running off. De Ligt shot clean and won five of six tackles. There was nothing conspicuous positive in the build-up, but no mistakes either. Rating: 8/10

Alphonso Davies showed himself to be very sure of the ball on the left and in some cases solved tight situations excellently with his speed. His submission before Gnabry's chance in the middle of the first half was also strong. In the second half, the Canadian only became more active towards the end and prepared a big Mané chance. However, there was an offside position. Defensively, Davies played flawlessly. Rating: 7/10

Joshua Kimmich's corner kick to Goretzka was the starting point for Jamal Musiala's 1-0 lead. The midfield leader then cleverly boosted the game, but did not remain error-free. Losing the ball in the 40th minute could have been punished with a goal. Kimmich had the events largely under control without acting particularly spectacularly. Rating: 6/10

Goretzka set up the 1-0 lead through Jamal Musiala with his header. A little later he should have scored himself after being staged in an exemplary manner by Choupo-Moting. Otherwise, the eight remained rather inconspicuous and won fewer duels than usual. After all, he completed a large workload before he was substituted. Rating: 6/10

Serge Gnabry was very active from the start and finished dangerously again and again in the first half hour. In the 38th minute the right winger prepared the 2:0 through Choupo-Moting with a sharp cross. In the second round, Gnabry didn't do much until he was substituted, as did the rest of the offensive. Rating: 7/10

Jamal Musiala started strong and prepared a good Gnabry chance in the early minutes. A little later he was spot on with a corner kick and refined a Goretzka overtime to make it 1-0. After that, Musiala remained dangerous, but lacked accuracy in his game here and there. One or the other bad pass could have had consequences. In the second half, he recorded a strong ball recovery but failed to use Choupo-Moting and could not find a way through against Kabak. Rating: 7/10

Kingsley Coman was very active on his left flank at the beginning, but rarely involved in really dangerous situations. It was only after half an hour that he served Musiala in an exemplary manner, but he only hit the side netting. Hardly anything came from the Frenchman in the second period before he was substituted in the 60th minute and disappeared into the dressing room. The player may also have suffered a minor injury.Rating: 6/10

The attacker once again proved his current outstanding form. With a strong start and a precise cross, the Cameroonian presented Goretzka's big chance, but he was unable to take it. But the "man of the hour" scored himself in the 38th minute after Gnabry crossed in. Otherwise, he was always able to shine as a ball processor and distributor. The veteran worked well in the second half, but was unable to set any major accents. Rating: 8/10

The Senegalese was only used as a joker today and was one of the more active Munich players in the tired second half. However, Mané did not achieve much today either. What was great, however, was how he prepared Sabitzer's big chance. Shortly before the end he missed the goal after Davies assist from three meters and was lucky to have been offside anyway. Another finish in injury time narrowly missed the near post.Rating: 5/10

Marcel Sabitzer appeared free in front of Baumann immediately after being substituted on, but was unable to get past the TSG keeper. Otherwise, the Austrian played a calm game without appearing too big. Rating: 6/10

Tel was allowed to play for 20 minutes, but could not set any dangerous accents in a Bayern team trimmed for administration. The young Frenchman proved to be reliable in the passing game.Rating: 5/10

After being substituted on, the Moroccan showed himself to be very composed in the passing game and made no mistakes on his right side. A solid performance.Rating: 6/10

Gravenberch made enormous efforts to set accents, but failed again and again with his attempts. The Dutchman got bogged down in hopeless dribbles and lost balls as a result. In the 83rd minute he got a good finishing position 18 meters in front of goal, but the attempt was deflected. Towards the end the youngster played more calmly, but he couldn't gather any real arguments. Rating: 3/10

This article was originally published on 90min.com/de as Bayern beat Hoffenheim 2-0: Die Münchner in the individual review. 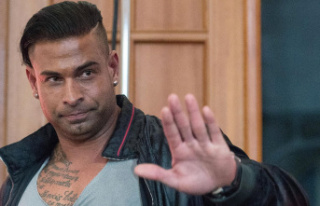