Esbjerg-captain Markus Halsti was benched against the AGF. Coach Lars Olsen prefer players with quicker feet. In the 1-2-defeat to the AGF was the Esbjerg-cap 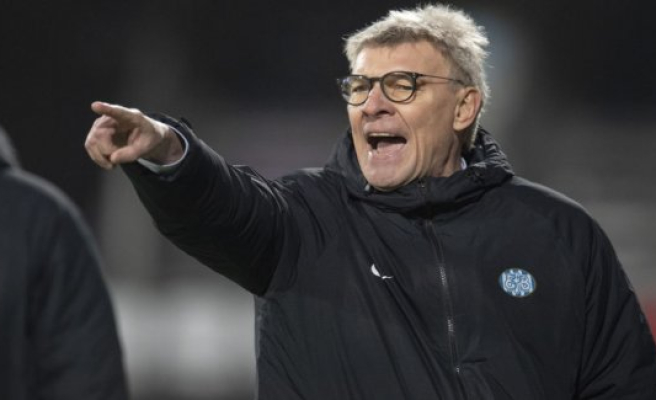 In the 1-2-defeat to the AGF was the Esbjerg-captain Markus Halsti put on the bench by head coach Lars Olsen.

to get more speed into Esbjerg hard-pressed bundhold had cheftræneren Sunday chosen to provide Jeppe Brinch and Rodolph Austin partnered at the back.

- The two partnered at the back has quick feet, and as we would like to play football, we need to have someone with some speed down the back.

- As the situation is right now, I feel that the best we can do is to put the defense the way we did it against AGF, explains cheftræneren.

the 35-year-old Markus Halsti has been a solid starter for Esbjerg through all of this and last season.

- Halsti played the whole of last year, where he did well, but all have a deadline in relation to the age if this is the case for him, I will let be unsaid, says Lars Olsen.

Although it was a defeat, had the coach praise to spare for his angrebsduo consisting of Yuri Yakovenko and Mohammed Dauda, as he seems to work well together.

- The two attackers have a good cooperation. They run good for each other and work well together.

- They are a mouthful for many of the opponents. Yakovenko has its kropsstyrke, and the same also applies to Dauda, even if he isn't just as high, says Olsen.

Esbjerg is located on the næstsidstepladsen with 13 points after 18 rounds. In the next week waiting for Jutland at stamford bridge.

1 AaB coach: would go depends on whether we sell 2 Coaches agree: Brøndbys blur made the difference 3 Fischer broke målforbandelse: Ståles trust is essential 4 Horsens-coach: the Battle for the målmandsposten... 5 14 are killed in attacks against church in Burkina... 6 Late advent calendar drawers seven-year-old Sebastian 7 Bus plunges into gorge in Tunisia, and 22 died 8 Astralis defeat large groups and win the tournament... 9 Gondoliers fishing 600 pounds of waste, up from the... 10 Johnson promises to keep convicted terrorists behind... 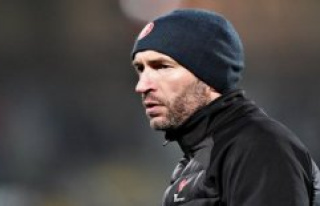 AaB coach: would go depends on whether we sell