Beat Arsenal: Now the club is thrown out 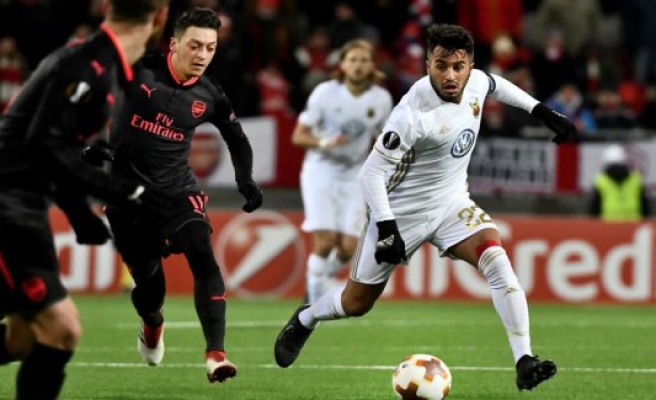 Östersund deprived of elitelicensen, because the club is in big economic problems.

It writes The Swedish Football association (SvFF) in a press release.

According to the fodboldforbundet live Östersund "not up to elitelicenskriteriernes economic prerequisites for continued operation throughout the coming year".

in Order to obtain a license, a club may not have had debts to players, tax authorities, other clubs, fodboldforbundet or the local confederation from august of this year.

recently was the former chairman of the club Daniel Kindberg sentenced to three years in prison for serious economic crime.

the Club is in big financial problems and has recently appealed to the public to support the club in the near future, to pay the debts of the Swedish tax offices.

According to The city itself, the shortcomings of which just under ten million Swedish kronor corresponding to almost seven million Danish kroner in order to save the club.

But according to Östersund press officer, Niclas Lidström, is the club not agree with the decision on the denial of the license.

the Withdrawal would be according to the fodboldforbundet mean to Östersund tvangsnedrykkes to Superettan, the country's second superliga.

Östersund impressed large, since the club in season 2017/18 went on from the group stage of the Europa League. Swedes smoke the page, next to the Arsenal in the 16.-delsfinalen despite a victory at the Emirates Stadium.

In the past season was The number 12 in the Swedish league.

1 See the picture: Wozniacki in sore role 2 IOC condemns Russian manipulation and requires a severe... 3 Aalborg Handball grabs TTH Holstebro goalkeeper 4 The OLYMPIC winner received a clear message from the... 5 UN report: Climate action should will quintuple 6 Rocker wanted for the killing 7 Østjysk politician threatened: I will smash your... 8 Here are the goods, which fall the most in price on... 9 The death of the stag in the national park had seven... 10 Grandpa lost granddaughter out through the window...