Surprise in the Bundesliga: Bayer Leverkusen clearly won against Union Berlin in the first game on Sunday. 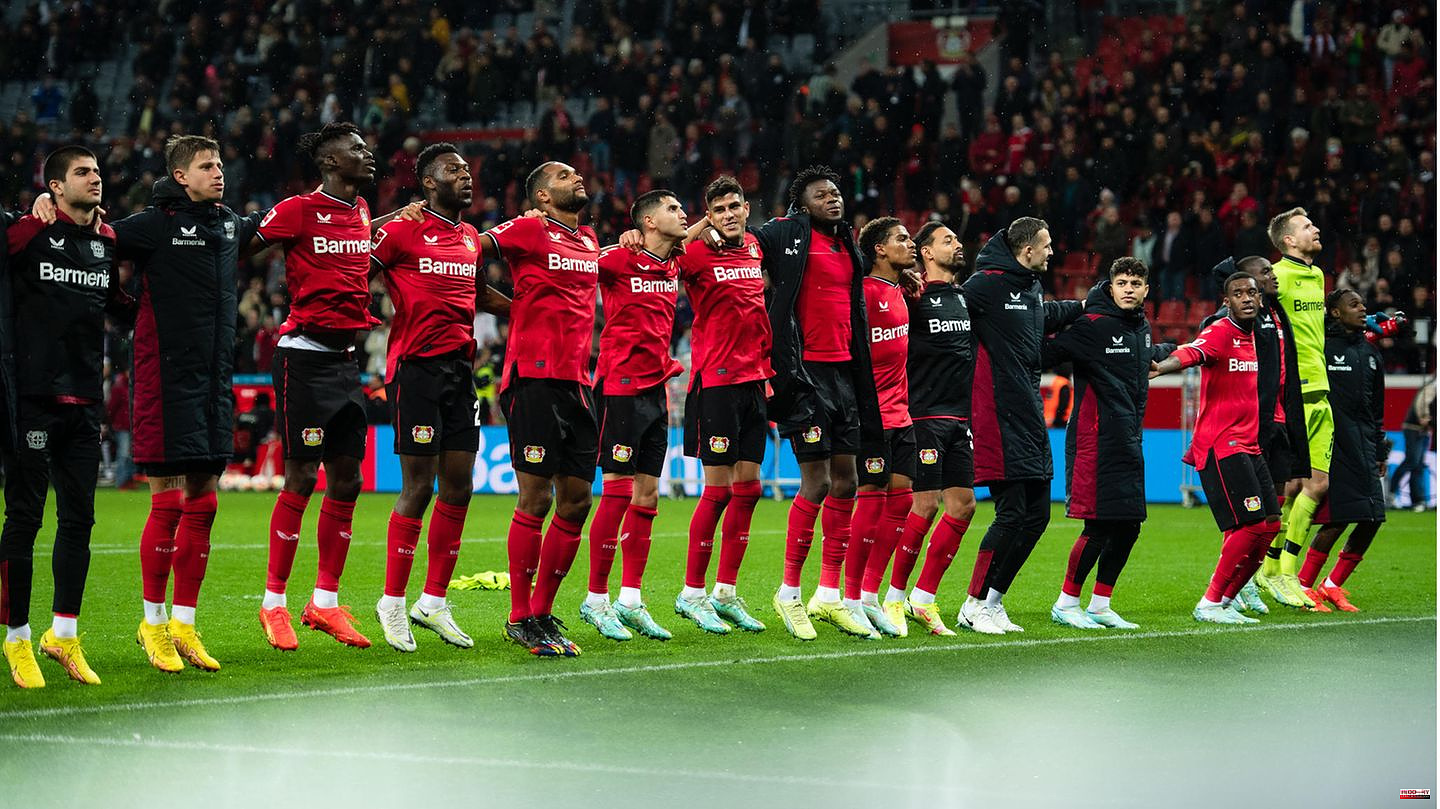 Surprise in the Bundesliga: Bayer Leverkusen clearly won against Union Berlin in the first game on Sunday. Otherwise, the favorites won on the 13th matchday: Bayern at Hertha, Dortmund at home against Bochum and Werder against Schalke in the evening game. Leipzig and Frankfurt also have reason to celebrate in the league after advancing in the Champions League. The match day at a glance:

Union Berlin has lost the lead in the Bundesliga after almost two months with a juicy smack. On Sunday afternoon, coach Urs Fischer's team lost 5-0 (0-0) at Bayer Leverkusen and had to cede first place to Bayern Munich. The series champion had presented on Saturday with a 3: 2 at Hertha BSC.

Former Unioner Robert Andrich (46th minute), Moussa Diaby (56th/58th), Adam Hlozek (68th) and Mitchel Bakker (76th) scored the goals in front of 30,210 fans and gave Leverkusen coach Xabi Alonso the eighth competitive game second league win. Due to the second defeat of the Berliners in the past few weeks, in which they also celebrated seven competitive wins, they have to free up first place in the table for the first time since the sixth matchday.

FC Schalke 04 is going through a phase of horror in the Bundesliga. The 1: 2 (0: 1) in the promotion duel at Werder Bremen was not just the eighth competitive defeat in a row for the team of new coach Thomas Reis. Despite a strong performance at times, Schalke also broke a Bundesliga record that was almost 42 years old in the evening game: the club has not won 35 away games in a row in the first division. Only Karlsruher SC managed to do that between March 1976 and February 1981.

Bremen's goals in front of 41,000 enthusiastic fans in the Weser Stadium were scored by Niclas Füllkrug in the 30th and Marvin Ducksch in the 76th minute. Dominick Drexler (89th) shortened in the final phase for Schalke, who were always defensive and committed.

However, the fact that this game was decided early on did not do justice to Schalke's performance in any way. Because the crisis club never played like a battered bottom of the table. Marius Bülter forced Bremen goalkeeper Jiri Pavlenka to make a first save in the third minute. Schalke dominated, Schalke pushed Bremen far back – and Schalke also scored the first goal in the 16th minute. But Alex Kral's goal was rightly disregarded after video evidence was used because Kenan Karaman was offside during his preliminary work.

The decisive 2:0 for Werder came exactly in the phase in which the Schalke pressure was increasing. On the one hand, Bremen blocked two shots from Karaman and Terodde in their own penalty area (72'). On the other side, Ducksch completed a counterattack with a casual lob just three minutes later. At the moment everything is going against Schalke - Bremen, now in seventh place, started what will probably be a long night of partying after the kick-off.

Manuel Neuer celebrated a successful comeback in FC Bayern Munich's wild 3-2 (3-2) win at Hertha BSC despite conceding two goals. After a four-week injury break, the national goalkeeper had no recognizable problems with his shoulder, which had been sore for a long time. It was his 22nd win against Hertha - no other player in the Bundesliga scored more three-pointers against an opponent, as the "kicker" noted. National coach Hansi Flick can apparently also plan for the World Cup in a few weeks with Neuer. Jamal Musiala (12th minute) and Eric Maxim Choupo-Moting (37th/38th) shot the Munich team back to the top of the table in the Bundesliga for at least one day in the sold-out Olympic Stadium with 74,667 spectators. For Hertha, the view goes further down. The goals of Dodi Lukebakio (40th) and Davie Selke (45th / penalty) were of no use. The lead over the relegation zone remains narrow at two points.

Young, dynamic and ripped off - two dream goals by Youssoufa Moukoko gave Borussia Dortmund their third Bundesliga win in a row. In the 3-0 (3-0) win against VfL Bochum, the 17-year-old professional slipped into the role of the main actor and helped keep his team within striking distance of leaders FC Bayern Munich. With his two goals (8th/45th 2), the U21 national player delivered further arguments for a place in the German World Cup squad at the tournament in Qatar in front of 81,365 fans in the sold-out Dortmund stadium. In addition to Moukoko, whom the fans chanted when he was substituted in the 82nd minute, Giovanni Reyna scored (12th penalty).

After their premier class moment, Mario Götzes Frankfurt have added to the Bundesliga. Four days after reaching the round of 16 of the Champions League for the first time, Eintracht, playing smart, underlined their international ambitions in a 2-1 (1-1) win over FC Augsburg. The hosts, on the other hand, are increasingly under pressure shortly before the World Cup break after the fifth game without a win. Under-21 European Champion Mergim Berisha gave Augsburg a rocket start in front of 30,007 spectators with his third goal of the season after just 35 seconds. Frankfurt's captain Sebastian Rode (13th) escaped guard Florian Niederlechner in the first 20 minutes and scored the equalizer after a cross from Eric Dina Ebimbe. Ansgar Knauff (64th), who came on as a substitute at half-time, was successful after a corner from the back.

Undeterred by the World Cup for international striker Timo Werner and the announced farewell to boss Oliver Mintzlaff, RB Leipzig remains on the road to success. Three days after reaching the round of 16 in the Champions League, the strong Saxons won the Bundesliga 3-1 (1-0) at TSG Hoffenheim. Christopher Nkunku with his tenth and eleventh goal of the season (17th and 57th minute) and Dani Olmo (69th) scored for coach Marco Rose's team. In between, Nkunku's French compatriot Georginio Rutter surprisingly equalized (50th). In front of 23,127 spectators in Sinsheim, Hoffenheim's World Cup candidate Grischa Prömel had to be carried off the pitch after less than 15 minutes with serious injuries. The all-round convincing RB team has now been undefeated in eleven games in all competitions.

VfL Wolfsburg has extended its winning streak in the Bundesliga to six games without a defeat and has initially moved out of the relegation zone. Lower Saxony won 3-0 (1-0) at 1. FSV Mainz 05. Patrick Wimmer (33rd minute), Maximilian Arnold (70th) and ex-Mainzer Ridle Baku (84th) scored the goals for Wolfsburg in front of 26,750 fans, who were just one point behind Mainz. Overall, the Lower Saxony showed the more mature game system and seemed more mellow. Mainz showed a lot of commitment, but did not reward themselves with inaccuracies in the last passes.

At the start of the 13th match day of the Bundesliga, Borussia Mönchengladbach won their home game against VfB Stuttgart 3-1 (2-1) on Friday evening.

SC Freiburg and 1. FC Köln (5:30 p.m.) will meet again on Sunday. The 14th match day is scheduled for next Tuesday and Wednesday. 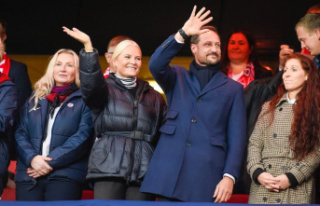