Who chooses how and what? : Fateful elections in the USA: What you need to know in advance about the midterms

Historic half-time whistle: Joe Biden has now been President of the United States for two years. 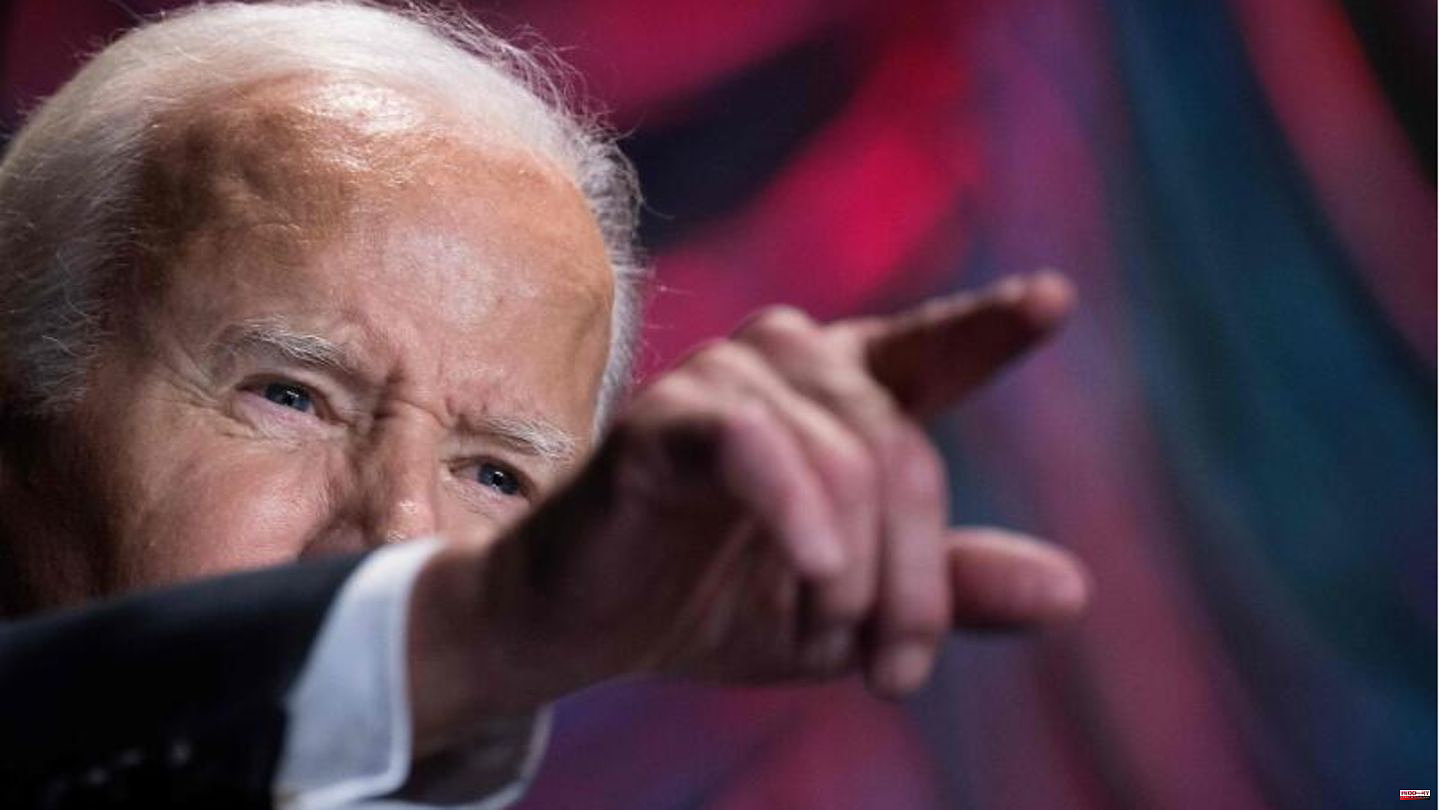 Historic half-time whistle: Joe Biden has now been President of the United States for two years. Traditionally, on the Tuesday after the first Monday in November, US citizens are called to re-elect (largely) the members of Congress. For Biden, the midterm elections are a mood test with likely serious consequences that could massively limit his ability to act in the next two years.

What you need to know in advance – an overview.

The Senate, in turn, can either approve or block these laws. He also confirms the appointment of the president and can (on rare occasions) conduct investigations against the head of state. Each state sends two senators to the capital, regardless of population. These senators remain in office for six years – a third of them are re-elected every two years.

Every two years, the US citizens decide on the composition of this congress. If the elections are in the middle of the president's four-year term of office, one speaks of midterms.

On November 8, the citizens who are entitled to vote (in the USA those who wish to vote must first be entered in a register) choose all 435 members of the House of Representatives, as well as 35 of the 100 senators.

In addition, new governors (comparable to prime ministers in Germany) will be elected in 36 states this time.

But that's not all. At the same time, thousands of other posts are being filled at the state and local level – from school advisory boards to sheriff's offices. However, the composition of the Congress, i.e. the election of the deputies and senators, is decisive for national politics.

It's even tighter in the Senate now. Here it is actually 50:48 for the "red" Republicans. In practice, however, this has amounted to a draw so far, as two non-partisan senators have always voted in favor of the Democrats. Biden has his deputy to thank for the fact that he has managed to get laws through the chamber to date. As Vice President, Kamala Harris' vote has the final say in the event of a tie.

For example, Republicans have traditionally championed immigration policy and gun rights, while Democratic voters have championed social policies and abortion rights, among other things.

It is precisely in this punk that the blues could have gotten lost. After the Roe v. Wade through the Supreme Court in June and the nationwide outrage that followed, the Democrats identified the issue as crucial for the midterms, analyzes the New York Times. The party spent hundreds of millions of dollars in campaign funds on abortion messages. With this focus, however, the Democrats may have miscalculated. Because abortion rights play a subordinate role, especially for the decisive swing voters (e.g. religious-conservative Hispanics).

By far the number one topic is the economy – regardless of party affiliation. According to surveys by the opinion research institute "Pew Research Center" (PRC), eight out of ten respondents indicated this as the most important issue. The fact that inflation is not only a problem in the USA and is fueled not least by geopolitical factors (such as the Ukraine war) does not reach most voters. This is also due to the fact that the president has not managed to effectively market his own successes: For example, the unemployment rate has fallen from 6.3 to 3.7 percent since Biden took office. Public approval actually depends on far more "banal" numbers, such as the price of petrol. And that has risen sharply on average under Biden. According to the PRC, 82 percent of Americans believe the economy is bad -- which should play into Republicans' hands.

Other important issues, according to data from the Reuters news agency, are crime, healthcare, environmental policy and immigration - in that order. According to the polls, Corona hardly plays a role in voting decisions anymore. Although the forecasts show certain voter priorities and tendencies, the priorities in the states differ significantly from each other. In the end, it probably (as always) depends on how the results turn out in the so-called swing states - in states in which a particularly large number of swing voters live.

In this election cycle alone, the two parties are said to have spent almost ten billion dollars on advertising campaigns, according to Politico magazine. A quarter of that would be in a few states that are still contested.

Surprisingly, that includes California, which is usually firmly in Democratic hands. On the New York suburb of Long Island, too, all four representative seats are on the brink.

Things are also turbulent in Nevada, where a neck-and-neck race is expected in the race for both the Senate and governor posts.

It should also be interesting in Texas, especially in the south. Here the Republicans have tapped into the Hispanics, a group of voters that they have long neglected, but from a democratic point of view they believed all too safe. The same applies to Arizona, which the Republicans want to win back. In the 2020 presidential election, Biden became the first Democrat to win the state since 1996. Again, Hispanics, who make up nearly a fifth of the electorate, are likely to be crucial. Georgia was also firmly in the hands of the red for decades until 2020. Democrat Stacey Abrams could become the first black woman governor in US history.

Michigan also voted extremely narrowly for Biden in 2020, ending its brief foray to the right under Trump. The right to abortion, a hobby of the Democrats, is also up for election here.

Things are also likely to get tight in rural Wisconsin, which CNN describes as one of the "most divided states in the nation." Both Republican Senator Ron Johnson and Democratic Governor Tony Evers have to fear for their re-election here.

Traditionally, the focus is also (as is so often the case) on Pennsylvania. With Doug Mastriano, a man is running for the governorship here, who is clearly too right-wing even for most Republicans (read more about this here). At the same time, the well-known television doctor Mehmet Oz, better known as "Dr. Oz", is running on Trump's behalf against the Democrat John Fetterman.

In view of the tight races, political analysts see the midterms as nothing less than "destiny elections" - if the Democrats lose their majorities, Biden would be largely unable to act in his remaining term. No good prospects for the president, whose approval ratings have been plummeting since he took office. As of November 1, 55 percent of US citizens reject Biden's policies - compared to 32 percent when he took office.

If Republicans win either house, they could end the January 2021 storming investigation (and Trump's role in it). At the same time, they could launch whole new investigations -- and put the public focus on issues that would benefit conservatives and vilify the Biden administration and the president's personal circle. In addition, a red majority would throw a spanner in the works for Biden when it comes to foreign policy. The billions in aid for Ukraine should then probably be renegotiated at least. Not to be forgotten: The Senate also decides on the appointment of chief justices and federal judges. A Republican-controlled Senate would have the power to block Biden's future nominations. The judges, in turn, are an important instrument of power in Realpolitik.

However, Biden would not be completely powerless. As president, he could veto conservative bills. In that case, Biden (like many of his predecessors) would have to rely on governing by decree, known as executive orders. However, these are only valid for a limited time and can be revoked by the next president. In addition, the Republicans could partially torpedo the unilaterally passed laws by blocking the necessary funding. The result would be a political tug of war. At least until 2024.

Speaking of 2024. For the Republicans in particular, the midterms are a kind of unofficial selection process for the next presidential election. Anyone who makes a name for themselves here can calculate their chances of a successful candidacy. From a conservative point of view, it will be interesting to see whether the ranks of Trump supporters will finally prevail.

In the past, little attention was usually paid to the fact that there are also many secretaries of state to choose from at the midterms. With a view to 2024, however, they are likely to become much more important this time. Because they are the ones who often organize future elections in the state. Whoever controls them also controls the counting of votes. The Trumpists in particular are still clinging to the myth of the rigged elections.

Politico, whose forecasts are widely considered particularly sound, believes the Senate will remain at a stalemate but the House of Representatives is likely to fall into Republican hands. From a democratic point of view, the much-quoted news site "FiveThirtyEight" paints an even bleaker picture, according to whose calculation models the Senate also goes to the Republicans. However, the predictions are subject to enormous fluctuations.

In summary: the outcome of the midterms has rarely been so uncertain. According to a survey by the "New York Times" in mid-October, 31 percent definitely see themselves as Democrats and 30 percent definitely as Republicans (stern reported). Only around three percent belong to another party. It will therefore depend primarily on the swing voters. In view of the already wafer-thin majority of the Democrats and the still catastrophic approval ratings for the President, the signs are more red. 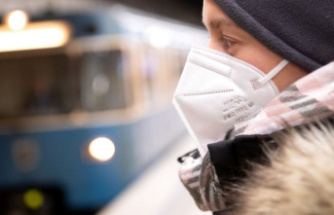 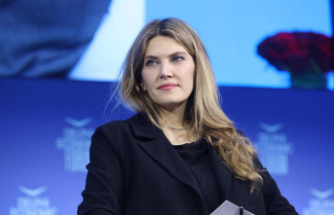 Arms dealer Wiktor But: In exchange for Brittney Griner: What makes the "Dealer of Death" so important to the Kremlin
BREAKING NEWS 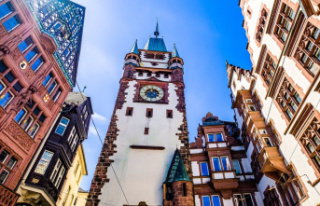 Freiburg im Breisgau: A stroll through the Black Forest...