NATO wants to respond to the devastating Russian rocket attacks against civilian infrastructure in Ukraine with a further increase in support. 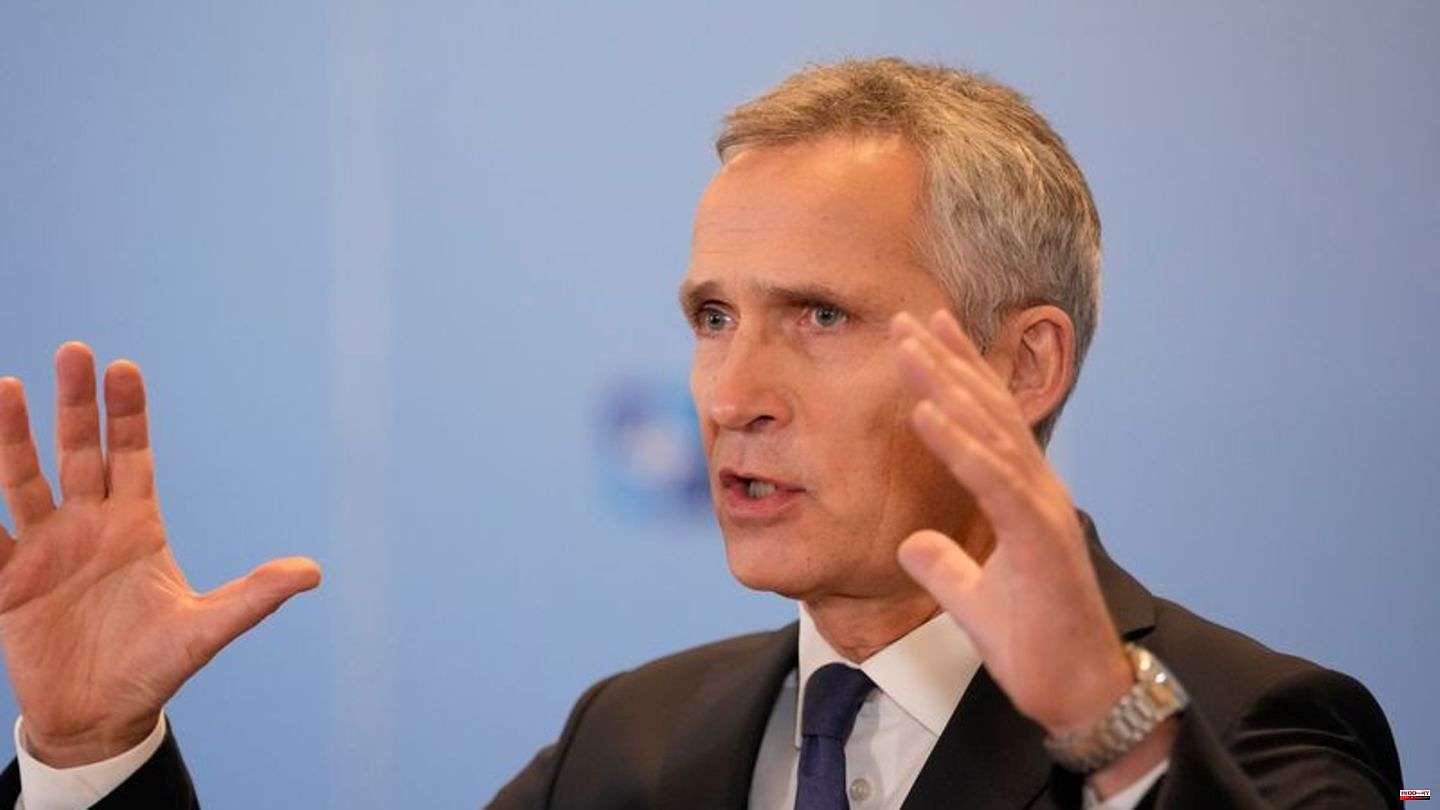 NATO wants to respond to the devastating Russian rocket attacks against civilian infrastructure in Ukraine with a further increase in support. At a meeting in Bucharest, the foreign ministers of the 30 alliance partners adopted a joint declaration.

It said: "Building on the support provided so far, we will now help Ukraine build resilience, protect its people and confront Russia's disinformation campaigns and lies."

It is also about restoring the energy infrastructure and protecting the population from rocket attacks. The support will be provided "for as long as necessary".

Patriot air defense systems for Ukraine in the future?

At the meeting in the Romanian capital, NATO Secretary General Jens Stoltenberg named concrete examples of help with the repair of destroyed gas and electricity networks and the delivery of generators and fuel. According to him, it is also being discussed whether NATO countries could also provide Patriot air defense systems to Ukraine in the future.

Ukrainian Foreign Minister Dmytro Kuleba said shortly before: "Patriots and transformers are what Ukraine needs most." He was invited as a guest to the NATO consultations in Bucharest.

At the NATO meeting, however, Foreign Minister Annalena Baerbock expressed skepticism about Poland's proposal to station German Patriot systems in Ukraine. You have to make sure that you still have enough material in the alliance area, said the Green politician.

Baerbock: In addition to money, "any creativity" is required

According to Baerbock, it is currently being examined, among other things, whether train technology can be used to supply Ukraine with electricity in an emergency. The Greens politician said in the Romanian capital that people were racking their brains about how to remove generators from railway locomotives and then transport them to Ukraine by truck or train. The country needs large generators to replace the power of the bombed power plants. In addition to money, "any creativity" is also required.

Baerbock described the Russian war of aggression against the neighboring country as a "rupture of civilization" - a term that is often used to describe the Holocaust, the almost worldwide term for the genocide of Europe's Jewish population by the National Socialists with around six million dead.

Baerbock said: "That this brutal break in civilization would be led in this way - well, I could never have imagined it in recent years. (...) If infrastructure is bombed in a targeted manner, then one willingly accepts that children, that old people that families freeze to death, that they die of thirst, that they starve." As the Federal Foreign Office announced, Baerbock, as the current chair of the G7 foreign ministers, spoke on Tuesday with 20 counterparts, Stoltenberg and representatives of the World Bank and the European Bank for Reconstruction and Development about further emergency aid for Ukraine.

Stoltenberg said Russia's President Vladimir Putin was trying to use winter as a weapon of war, forcing Ukrainians to either freeze or flee. However, Ukraine can continue to count on NATO's support.

Stoltenberg himself will travel to Berlin for talks after the two-day NATO meeting this Wednesday. It will also be about further German support after more than nine months of war.