War day at a glance: Baerbock castigates Putin's war as a "break in civilisation" - a term that makes people sit up and take notice

More and more missiles and battles, power outages and cold: Because of the attacks on civilian targets in Ukraine, Foreign Minister Annalena Baerbock is now even accusing Russia of a "break in civilization" - a term that is often used in connection with the Holocaust. 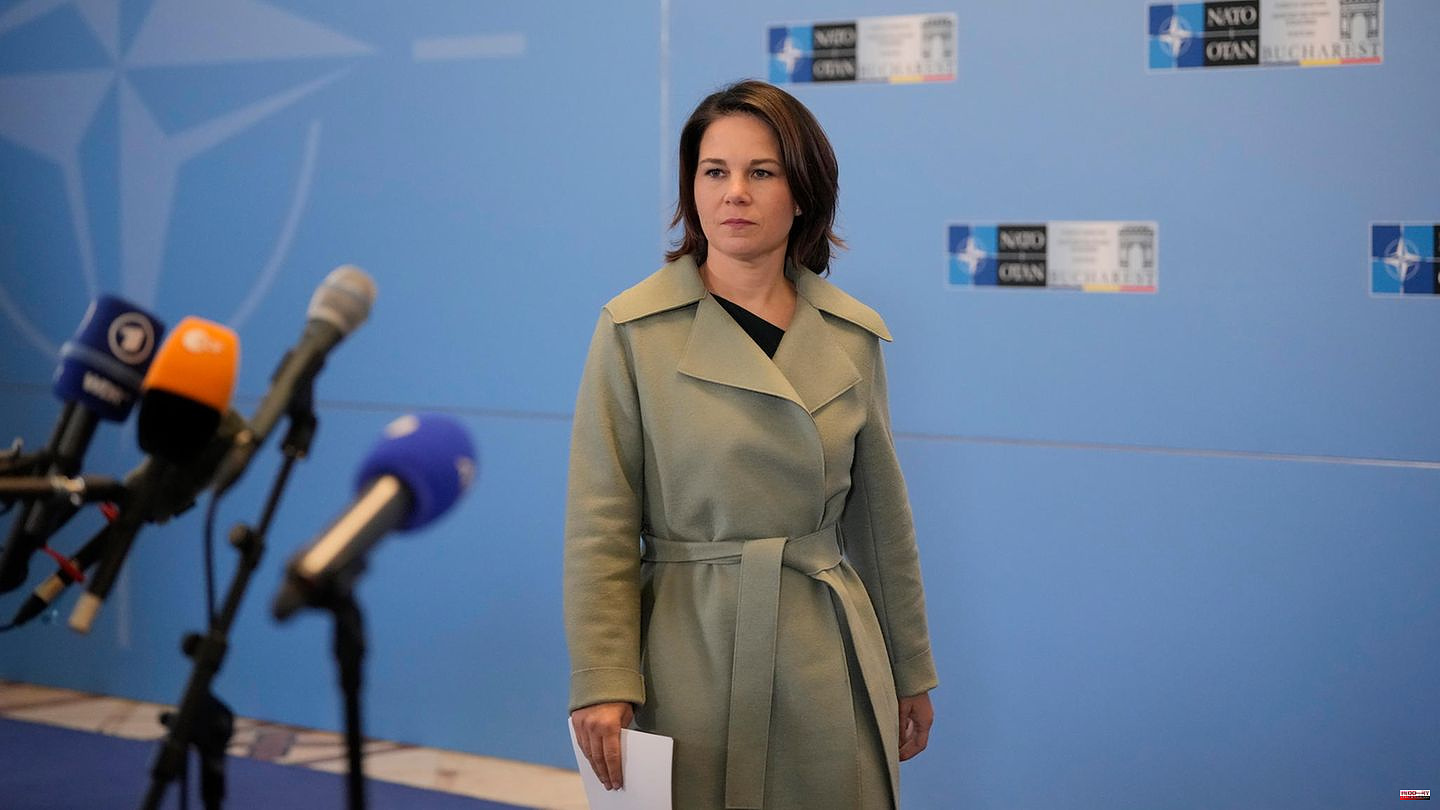 More and more missiles and battles, power outages and cold: Because of the attacks on civilian targets in Ukraine, Foreign Minister Annalena Baerbock is now even accusing Russia of a "break in civilization" - a term that is often used in connection with the Holocaust. Such an approach had long been unimaginable for her, said the Green politician on Tuesday at a NATO meeting in Bucharest. The West is now trying to mobilize further aid for Ukraine. Chancellor Olaf Scholz (SPD) phoned President Volodymyr Zelenskyy.

According to the Ukrainian general staff, Russia shelled numerous objects of civilian infrastructure in Ukraine on Tuesday. According to a statement from the military leadership in Kyiv, a total of 26 airstrikes and one rocket attack were registered. "And there is still a risk that the enemy will launch missile attacks on critical infrastructure facilities deep in the hinterland."

In the afternoon, air alert was sounded over the whole of Ukraine. In the capital Kyiv, the alarm lasted twelve minutes. According to Ukrainian information, four rockets had already hit the city of Dnipro during the night and severely damaged a company's production facilities. However, nobody was injured or killed. The city of Nikopol on the Dnipro River, further south, was also shelled.

For its part, the Russian Defense Ministry spoke of further attacks on Ukrainian troops at the front in the Donetsk region, where fighting for the cities of Bakhmut and Avdiivka has been going on for months. The Ukrainian General Staff confirmed massive Russian troop concentrations on these sectors. A little further north, near the cities of Kupyansk and Lyman, Russian troops repelled Ukrainian attacks, according to Moscow. That fits with Ukrainian statements that the Russians are on the defensive there. The information provided by the warring parties can hardly be confirmed independently.

Russia invaded Ukraine on February 24. For days, the government in Kyiv has feared further massive attacks with long-range missiles like last week, when the power supply collapsed almost across the country. Because power plants and lines are constantly being destroyed and have to be repaired again, in many places there is often only hourly electricity or heating when it is freezing cold.

NATO wants to respond to the devastating Russian attacks on civilian infrastructure in Ukraine by further expanding its support. At a meeting in Bucharest on Tuesday, the foreign ministers of the 30 alliance partners adopted a joint declaration. It also states that Ukraine will be helped "to counter Russia's disinformation campaigns and lies." Restoring the energy infrastructure and protecting the population from rocket attacks is also particularly important.

At the meeting in the Romanian capital, NATO Secretary General Jens Stoltenberg named concrete examples of help with the repair of destroyed gas and electricity networks and the delivery of generators and fuel. According to him, there is also talk of NATO countries providing Ukraine with Patriot air defense systems. Ukrainian Foreign Minister Dmytro Kuleba said shortly before: "Patriots and transformers are what Ukraine needs most."

The foreign ministers of the G7 and other countries, chaired by Baerbock, spoke on the sidelines of the NATO meeting with representatives of the World Bank and the European Bank for Reconstruction and Development, among others, about further emergency aid for Ukraine. The US announced $53 million in additional support for procurement of equipment and components to repair critical power grids.

Foreign Minister Baerbock was shocked by the Russian strategy on the fringes of a meeting of NATO ministers. "I could never have imagined that this brutal break in civilization would be conducted in this way in recent years," said the minister. "If infrastructure is bombed in a targeted manner, then you wantonly accept that children, old people and families will freeze to death, that they will die of thirst, that they will starve." Kremlin boss Vladimir Putin uses "cold as a weapon of war".

The term "rupture of civilization" is often used to describe the Holocaust, the term used almost worldwide for the genocide of Europe's Jewish population by the Nazis, which killed around six million people.

According to the government, Germany has so far supported Ukraine with around 56 million euros in repairing the energy infrastructure destroyed in the Russian war of aggression. Provide more than 350 generators. Chancellor Olaf Scholz (SPD) spoke on Tuesday in a telephone call with Ukrainian President Selenskyj about the situation in the country, as government spokesman Steffen Hebestreit announced in the evening.

The Ukrainian side had previously stated that the phone call was about, among other things, strengthening Ukraine's missile defense system. Zelenskyj reported on Twitter that the implementation of an initiative to supply Ukrainian grain to poor countries was also discussed. In addition, the "Ukrainian peace formula" was discussed. This means a complete withdrawal of Russian troops from Ukrainian territory within the 1991 borders.

The justice ministers of the G7 countries met in Berlin to better coordinate investigations into the war crimes committed in Ukraine. Federal Minister of Justice Marco Buschmann (FDP) said the priority was to secure evidence and avoid duplication. Victims who gave testimonies, for example, should not have to testify repeatedly about their traumatizing experiences. The meeting sent out the signal: "War crimes must not go unpunished." 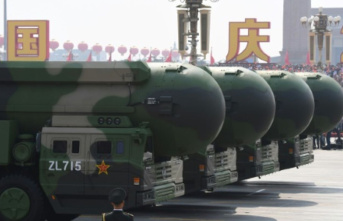