War crimes in the Ukraine war: ten places of torture in one city: the horror of Izyum

5916: A number that does not even remotely suggest the brutality in the Ukraine war, but tries to quantify it. 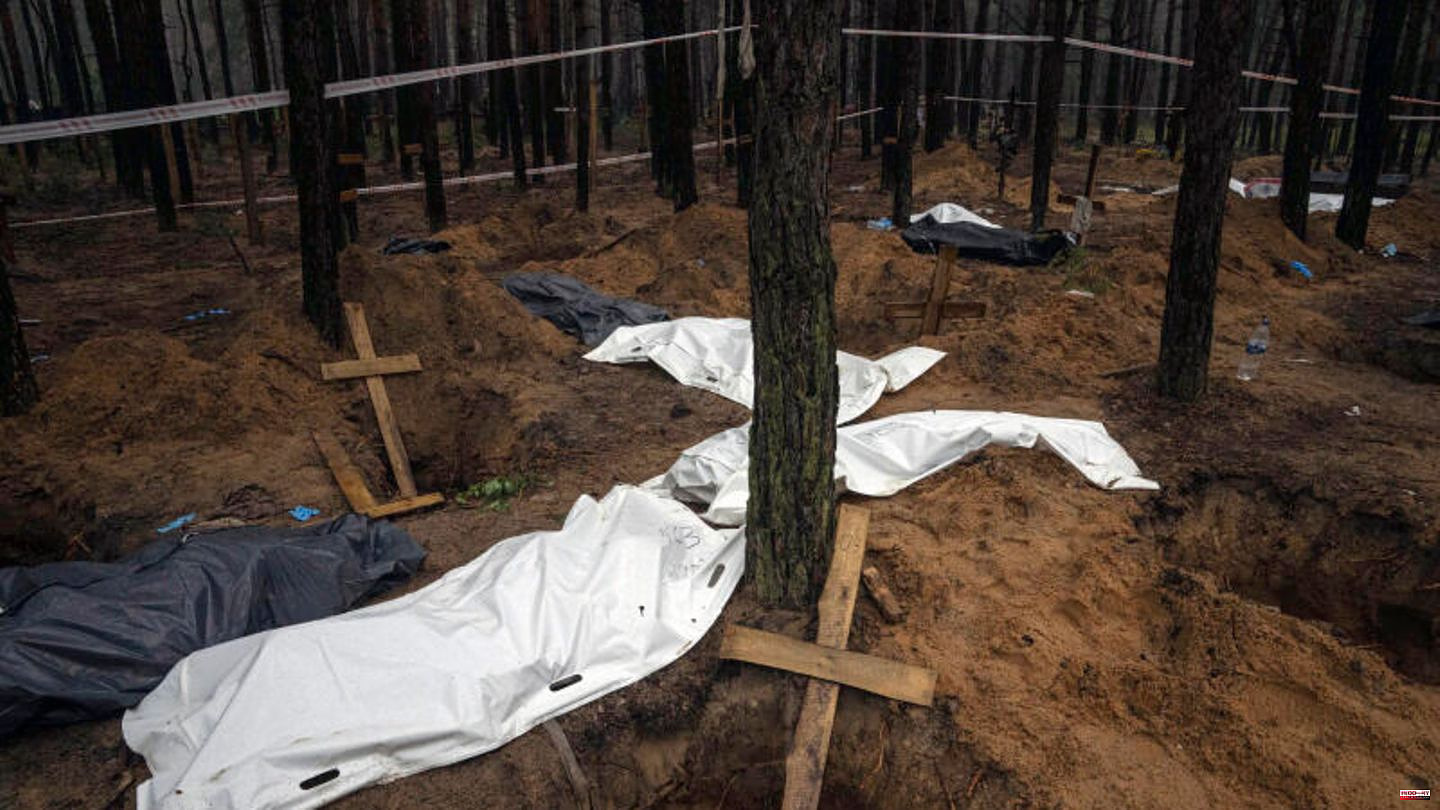 5916: A number that does not even remotely suggest the brutality in the Ukraine war, but tries to quantify it. According to UN counts, the Russian military has been responsible for the deaths of 5,337 civilians - and 379 children - since the beginning of the aggressive war. But numbers can hardly transport the suffering on the ground. Only the fates of individuals can do that. A report by the US news agency Associated Press (AP) gives a shockingly detailed insight into this horror, whose journalists documented the apparently systematic torture of civilians in the recently recaptured city of Izyum.

The on-site investigation revealed "that Russian torture in Izyum was indiscriminate, widespread and absolutely routine for civilians and soldiers throughout the city," the article, published earlier this week, says. Ukrainian units had liberated the small town in the Kharkov region with a population of just under 50,000 in early September in a broad-based lightning offensive. At this point, the strategically important location had been under Russian control for more than seven months. For comparison: Bucha, the Kiev suburb from which the most violent images to date of destruction and obvious war crimes circulated around the world in April, was in Russian hands for a month.

In their report, the AP journalists identified ten torture sites in Izyum, including a "deep, sunless pit in a residential complex," "a damp underground prison," a "medical clinic, a police station, and a kindergarten."

15 torture survivors and two families of missing relatives are said to have spoken to the journalists. The result is probably one of the most impressive testimonies of war crimes to date.

"Nobody needs you. We can shoot you at any time, bury you half a meter underground and that's it," a Russian commander is said to have mocked the Ukrainian Andriy Kotsar after all the documents proving his very existence were taken away from him. It was early March when the invaders tied him up, blindfolded him, beat him and threw him in a ditch lined with wooden boards for days. It shouldn't have been the last time. Over the months, Kotsar has been apprehended and tortured twice more - even more brutally. After the first encounter with the Russians, the 26-year-old sought refuge in a local monastery. When he left its walls a week later, a patrol caught him shortly thereafter. This time they are said to have held him for a week and tortured him several times. His captors would have enjoyed loudly discussing whether to cut off his limbs while they shaved his legs with a knife. "They took, I don't know exactly what, some iron or glass rods and gradually burned the skin," he told journalists.

The same happened to 38-year-old Mykola Mosyakyn, reports AP. "They hit me with sticks. They hit me with their hands, they kicked me, they stubbed out cigarettes on me, they stubbed out matches on me," he says. "They said 'dance' but I didn't dance. So they shot my feet." When the tormentors let go of him after three days, they are said to have dropped him off near a hospital - not without the threat: "Tell them you had an accident." At least two other men from the neighborhood, father and son, were abducted at the same time. The father only told the AP journalists in a whisper and with his eyes lowered about the two weeks in the cellar; his son didn't even want to talk about it at first.

The descriptions are not only believable because the survivors report in such detail. They also coincide with the statements of medical professionals on site, writes AP. Yuriy Kuznetsov, a doctor who treated hundreds of people in Izyum during the Russian occupation, said he regularly had to treat injuries suggestive of torture - including gunshot wounds to hands and feet, broken bones, severe bruises and burns. But none of the victims wanted to explain to him where the wounds came from. "Even when people came to the hospital, silence was the norm," Kuznetsov said.

The assessments also agree with the information from the UN. Matilda Bogner, head of the UN human rights mission in Ukraine, told the news agency she had documented "widespread practices of torture or ill-treatment of civilian prisoners" by Russian forces and their allies. The torture of Ukrainian soldiers is even systemic. According to Rachel Denber of the human rights organization Human Rights Watch, the abuses serve three purposes: to obtain information, to punish perceived disobedience, and to stir up fear. "Relatives come to us every day and say that their friends, their family, were tortured by Russian soldiers," Oleksandr Filchakov, head of the prosecutor in the Kharkiv region, told AP. He cannot say for sure how many were actually tortured, but he assumes several dozen victims.

Kotsar's and Mosyakyn's fates are just two of many: women who were held in a garage next to soldiers' quarters and allegedly regularly raped. Own rooms that the occupiers are said to have reserved for different torture methods (e.g. electric shocks or waterboarding). Men who went into the forest to collect pine cones for heating and never came back. It is a picture of horror drawn by the survivors.

After retaking the city in mid-September, Ukrainian authorities found a mass grave in the woods. To date, they have dug up 447 bodies - 30 of them with visible signs of torture such as tied hands, knife wounds or broken limbs, according to the Kharkiv prosecutor's office. All of these injuries, the AP said, matched the survivors' reports exactly. 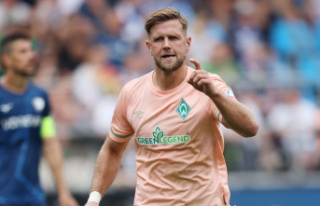 In the Werder duel in Hoffenheim: the filling pitcher...