Volodymyr Zelenskyj: Heroes' reception in Washington for the war president

It is nothing short of a hero's reception in the US Congress - for the head of another country. 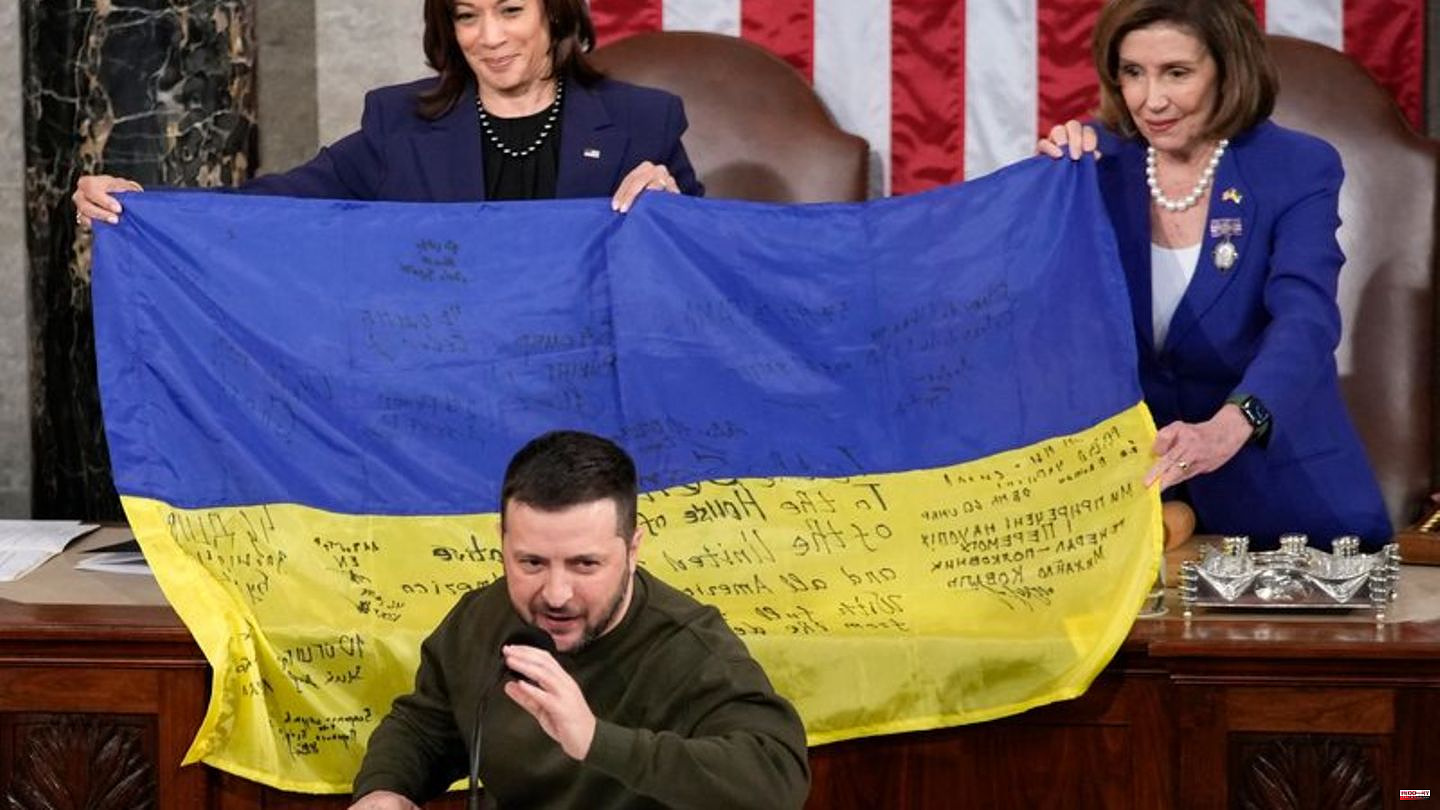 It is nothing short of a hero's reception in the US Congress - for the head of another country. For two minutes and 19 seconds, members of both chambers of parliament celebrated Ukrainian President Volodymyr Zelenskyy with applause last night (local time) before a speech that could make history. It's about resistance, freedom and military victory over Russia.

"Despite all the adversities and doomsday scenarios, Ukraine has not fallen," Zelenskyi shouted to the deputies on his first trip abroad during the war, amid repeated cheering. "Russian tyranny has lost control of us". Even today he appears - very much like a war president - in an olive-green military sweater with the emblem of the supreme commander. He makes it clear that he needs more weapons as a new phase in the nearly year-long Ukraine war looms.

Less than a year and a half has passed since Zelenskyj's last visit to Washington - but for the Ukrainian president it should feel like half a lifetime. He was last here in the summer of 2021, when he was still wearing a smart suit. The meeting with US President Joe Biden was also about the fear of a Russian attack. The fears from back then have come true.

Zelenskyy's recent visit to his key supporter just before Christmas comes at a crucial time. With the rearmament of both sides, it could become more difficult for the Ukrainian armed forces to advance against the Russian soldiers in the east of their country in what will soon be a year of war. However, diplomats recently said they expected a Ukrainian offensive in the winter.

Selenskyj, who was recently voted "Person of the Year" by "Time" magazine, symbolizes the Ukrainians' fight for their freedom. In the past ten months, the armed forces have managed to repel the Russian army, which previously appeared to be overpowering, after its invasion, first near Kyiv and then in the east of the country. But without the Americans, Zelenskyj stressed in the White House alongside President Biden, this would have been impossible.

Zelenskyj does not ask for alms

But before Congress, Zelenskyy made it clear that the almost $22 billion in US military aid was not handouts. Kyiv is the bulwark against Russia - it is only a matter of time before Russia also attacks US allies, the Ukrainian warned. Weapons, training and intelligence information strengthened Zelenskyy's fighters at all levels. They are still dependent on US aid. This is the main reason why the Ukrainian President has flown abroad for the first time since the beginning of the war.

Zelenskyj is credited with the quote that he "needs ammunition, no lift". That was at the beginning of the war, when the USA wanted to bring him to safety from Kyiv, but the 44-year-old refused and drove the resistance. Ten months later, he was also celebrated as a hero in the USA - and for the visit to Washington he actually took a US government plane.

In the light of the changed balance of power after the midterm elections, his speech to the MPs is particularly important. The Republicans will soon have more power there – the former actor will also need their support in the coming months and maybe years. During yesterday evening's speech, in which Zelenskyi repeatedly compared the fate of the Ukrainians with that of the Americans, the Republicans' ranks seemed somewhat emptier than those of the Democrats.

However, Zelenskyy will return from his Washington visit with major American commitments: The United States wants to send Patriot air defense systems to Ukraine as part of a new $1.85 billion military aid package. That could also increase the pressure on states like Germany to increase arms supplies.

Biden as a rock-solid ally

In addition, Biden, who gave Selenskyj a fatherly pat on the shoulder as a greeting, presented himself as a rock-solid ally without any preconditions: "You will never stand alone," he assured. "The American people have been with you every step of the way, and we will stand by you for as long as it is necessary."

From the Russian point of view, the situation in the war is significantly aggravated by the delivery of the Patriots to Ukraine. Kremlin chief Vladimir Putin has long seen his invasion of Ukraine as a war with the West and the weapon systems of the NATO countries. The "collective West" is aiming to destroy Russia and is using Ukraine as an instrument, he has repeatedly claimed.

Putin wants to win at all costs

Because of the Patriot delivery, Moscow fears that Ukrainian attacks on Russian territory using these longer-range weapons will increase again. Russia has recently repeatedly accused the United States of being a party to the war itself. The Patriots would therefore now become "legitimate" targets for the Russian armed forces.

Just before Zelenky's appearances in Washington yesterday, Putin had emphatically stated at a major meeting of the Defense Ministry that he wanted to win the war at all costs. To this end, the army is to be better equipped and the number of soldiers increased. There are no financial limits for this, he emphasized. Moscow and Kyiv want to show their strength again shortly before the turn of the year and are relying on big stages.

No peace in sight at the moment

Above all, however, Putin used the meeting to once again point out the nuclear weapons of the nuclear power. For example, the new Sarmat-type ICBMs, which can be equipped with several nuclear warheads, should soon be put into service, said the 70-year-old. Russia will "defend" the annexed Ukrainian territories under all circumstances.

The signs in Washington and Moscow are definitely not pointing to peace - even if Zelenskyy is holding out the prospect of a global summit. However, he emphasizes that there will be "no compromises" on the road to peace, no matter how brutal the Russian attacks should be. "We will celebrate Christmas," he concludes his speech to Congress, "even if there is no electricity. The light of our faith in ourselves will not go out."

1 Selenskyj in Washington: The trip to the USA alone... 2 Volodymyr Zelenskyj: Heroes' reception in Washington... 3 Banks: Commerzbank private customer boss: Saturday... 4 Plane crash 50 years ago: The "Miracle of the... 5 Tennis: Kerber: "Get back to work as soon as... 6 NHL: Strong Franz Wagner leads Orlando to victory... 7 From King Charles III. announces: "Trooping the... 8 Film awards: German film "Nothing New in the... 9 Banks: Commerzbank private customer boss: Saturday... 10 Wood or diesel instead of gas: warning of carbon monoxide:... 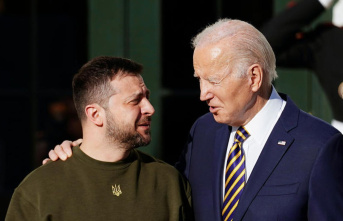 Selenskyj in Washington: The trip to the USA alone...