Stacey Abrams, a voting rights advocate, urged Black churchgoers Sunday to vote for Terry McAuliffe next month's Virginia governor’s election. She said that what happens in this race will "show the rest of the world who you are" in future contests at even higher stakes. 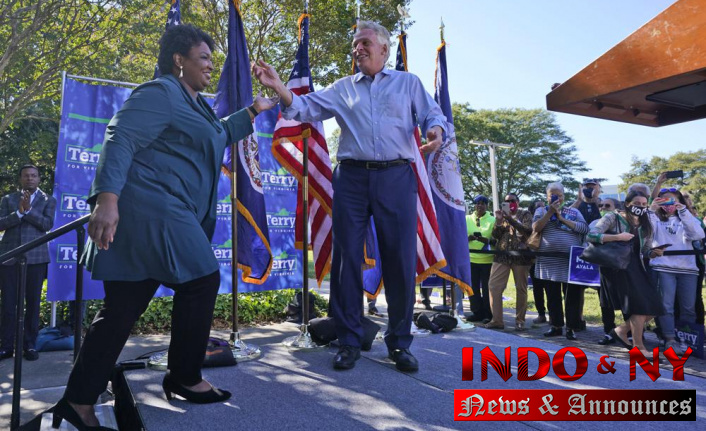 Since narrowly losing the 2018 Georgia governor's race, Abrams has been a prominent national voice for the party. Abrams has been making appearances at three Norfolk churches, joining other political heavyweights to try to make sure that a state that is becoming increasingly Democratic in recent decades doesn't flip back to the Republican column in November.

McAuliffe was the governor of 2014-2018 and a former chairman of the Democratic National Committee. He visited several churches, and then led a rally together with Abrams at an early voting station. He said, "We have to get everyone out to vote."

Abrams said, "I am not the daughter of one, but two pastors." She, like all other attendees at Second Calvary Baptist Church, showed a card showing that she had been fully vaccinated against coronavirus.

Geoffrey Guns, the pastor, wore a black T shirt with the words "VOTE" on it and informed the congregation that the "coming up" election was "very important." He received loud applause and shouts of "Amen."

In 2020, President Joe Biden beat Donald Trump by 10 points in Virginia. However, the McAuliffe/Youngkin race seems to be close. National Democrats are supporting McAuliffe to shore up momentum going into next year's midterms when party control is in jeopardy.

Jill Biden, the first lady, campaigned alongside him on Friday. This week, former President Barack Obama will be visiting. Keisha Lance Bottoms, Atlanta Mayor, visited three Black churches in Richmond Sunday. In a video that will be seen in 300 churches across the state for the next two-plus week, Vice President Kamala Harris calls McAuliffe "the leader Virginia requires at this moment." Biden has already planned his own visit.

Youngkin has mostly shied away form outside Republican stalwarts in an effort to attract disillusioned independents. Youngkin hasn't campaigned with Trump personally, but the former president called into a Virginia rally featuring Steve Bannon (a longtime Trump strategist).

Abrams explained to congregations that McAuliffe was elected governor in his first term. He increased education funding and restored the right to vote for tens of thousands former felons and other criminals who were removed from the voter rolls.

"I know that you get tired being called a bellwether, but I'm going tell you -- as someone who comes from one of these newly purplish States -- we have to look to your wisdom," she stated. She was referring to the once reliable Republican Georgia backing Biden and two Democratic senators in last cycle.

Sharon Riley, pastor of Faith Deliverance Christian Center, thanked Abrams that he was not elected Georgia governor. She said that "we now understand that God had a plan" for her and that Abrams has been a "most important" person in the country since defending voting rights.

Abrams stated that she was afraid of mixing politics with church when she started running for office. She said her mother reminded her eventually that politics is always in church and that her father believed the Bible was one of the most political texts ever written.

Abrams stated, "Voting can be a sign of faith." "I need you do the job."

1 Texas law buoys repeal of Illinois' abortion... 2 Jill Biden surprised her South Carolina "prayer... 3 Megan Rice, a peace activist who was imprisoned by... 4 Van Gogh artwork to be auctioned at New York by Nazis 5 "He lied": The Iraqis continue to blame... 6 Wisconsin Woman's murder is over, man sought 7 Tens of thousands protest in Rome against neofascists 8 Kidnapping missionaries are being blamed on gangs... 9 Saudis welcome Newcastle fans with hope and conflicted... 10 Jan. 6 panel plans contempt voting as Trump sues for... 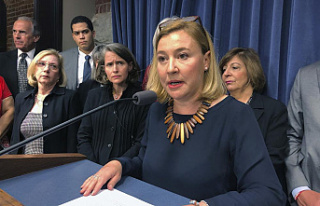