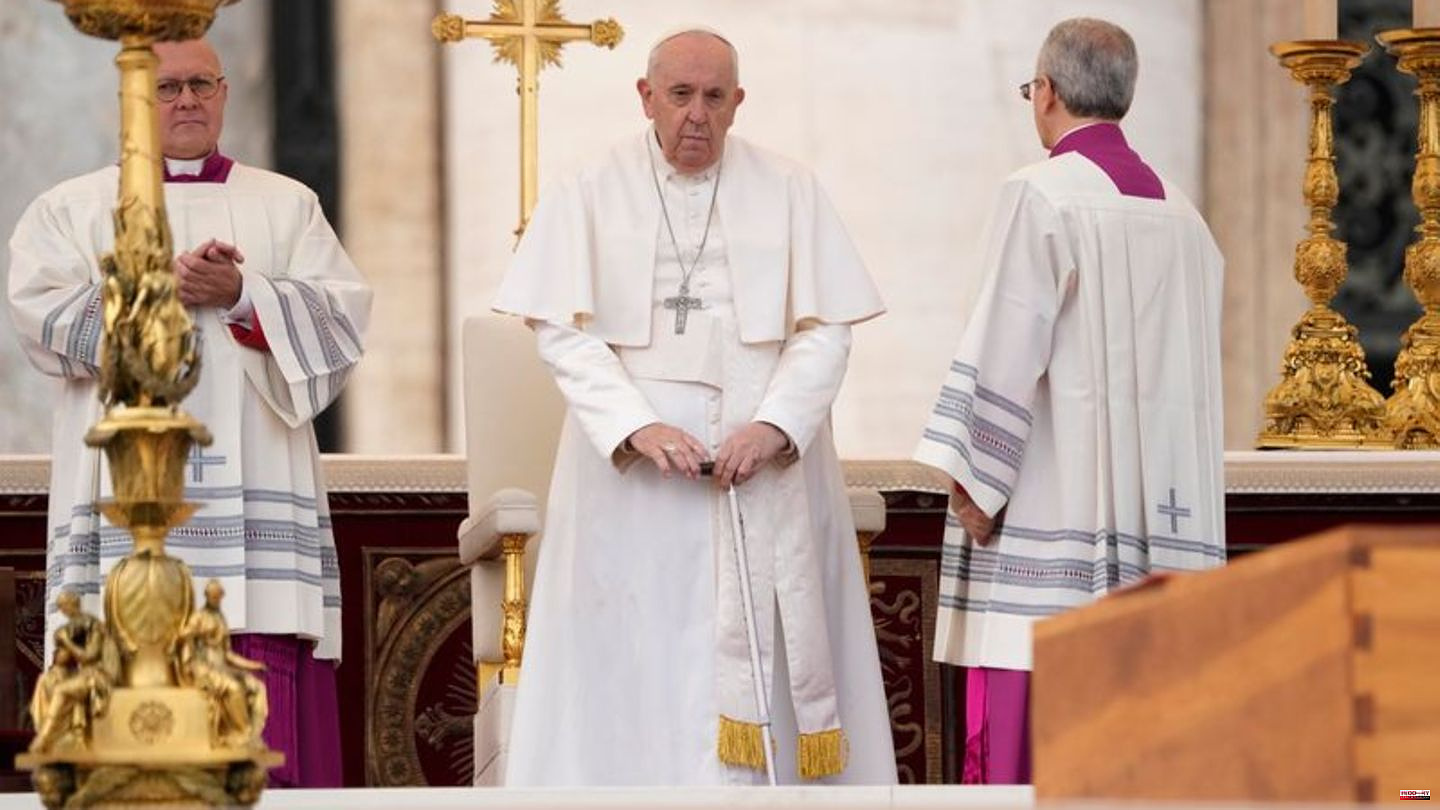 On St. Peter's Square in Rome, the Catholic Church bid farewell to the late Pope Emeritus Benedict XVI. taken. The requiem was conducted by Benedict's successor Francis on Thursday.

Compared to the funeral mass for the "Pope of the Century" John Paul II in 2005, the crowd of believers was rather small. According to the Vatican, an estimated 50,000 believers attended. Benedict, whose real name is Joseph Ratzinger, died last Saturday at the Vatican at the age of 95.

The funeral mass for Benedict was new ceremonial territory for the Catholic Church, because with him a pope emeritus had died for the first time in centuries and therefore no successor had to be elected. The liturgy was slightly altered compared to a traditional funeral service for a pope. The requiem was held mostly in Latin, but the intercessions were spoken in several languages, including German.

Söder: "He was just Bayer"

Steinmeier praised Benedict as an outstanding theologian of great modesty. "He passed on the rich treasure of the Catholic Church to the faithful with reason and soul. That will shape the memory of him," said Steinmeier. Söder paid tribute to Benedikt's "great, impressive lifetime achievement". "He wasn't just one of the most important theologians of the 20th century, he was a philosopher, an intellectual - and he was just a Bavarian," said Söder. It was "not an easy pontificate". But with his resignation in 2013, Benedict "opened paths in the Catholic Church that were previously unthinkable." The sympathy for his death is not only "formal". "He will be remembered much warmer than most think," said Söder.

"Benedict, you faithful friend of the bridegroom"

Around 130 cardinals from all over the world lined up in their robes on the square. Shortly before the beginning of the requiem, Benedict's longtime confidante and private secretary, Georg Gänswein, bent over the coffin and kissed it. Other high German clergymen who celebrated the service were Munich Cardinal Reinhard Marx, Cologne Cardinal Rainer Maria Woelki and the former prefect of the Congregation for the Doctrine of the Faith, Cardinal Gerhard Ludwig Müller.

Francis was wheeled into the square. In his sermon he made little direct reference to his predecessor. Above all, the Argentine spoke generally about devotion to God and trust in the Lord. Only at the very end did he say: "Benedict, you faithful friend of the bridegroom, may your joy be complete when you hear his voice finally and forever!" Jesus is often referred to as the bridegroom in the Catholic Church.

After the requiem, the simple wooden coffin containing Benedict's body was brought to St. Peter's Basilica, where Benedict was to be buried in the crypt in his final resting place. The public was excluded from this part of the funeral ceremonies. Before the coffin disappeared into St. Peter's Basilica, Pope Francis blessed it, touched it with his hand and bowed.

Before the mass, the deceased pontiff was placed in the coffin with a letter summarizing his life. Among other things, it said: "He fought vigorously against the crimes committed by representatives of the clergy against minors or vulnerable persons and repeatedly called on the church to conversion, prayer, penance and purification." During Benedict's pontificate, there were a number of revelations of abuse scandals. He took measures to protect children and was the first pope to condemn the crimes. However, he did not change the structures that encouraged abuse in the Catholic Church.

The Eckiger Tisch victims' association called on the delegation from Germany who had traveled to the funeral to side with the victims of abuse. She should counter the "myth formation about the role of the deceased" in relation to the exposure of child sexual abuse by clerics of the Catholic Church, it said in a statement.

Benedict led the Catholic Church, which has well over a billion believers, from 2005 to 2013. His voluntary resignation was historic, as popes usually die in office. In the meantime, however, it is considered possible that Francis will also resign if his health deteriorates too much. After his resignation, Benedict lived as Pope Emeritus in the Mater Ecclesiae Monastery in the Vatican Gardens. 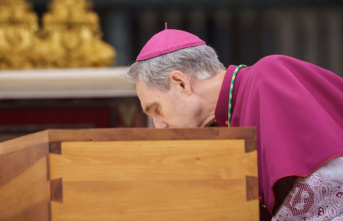