Ukrainian President Volodymyr Zelenskyy has arrived in the United States at the start of his first known trip abroad since the Russian war of aggression began. 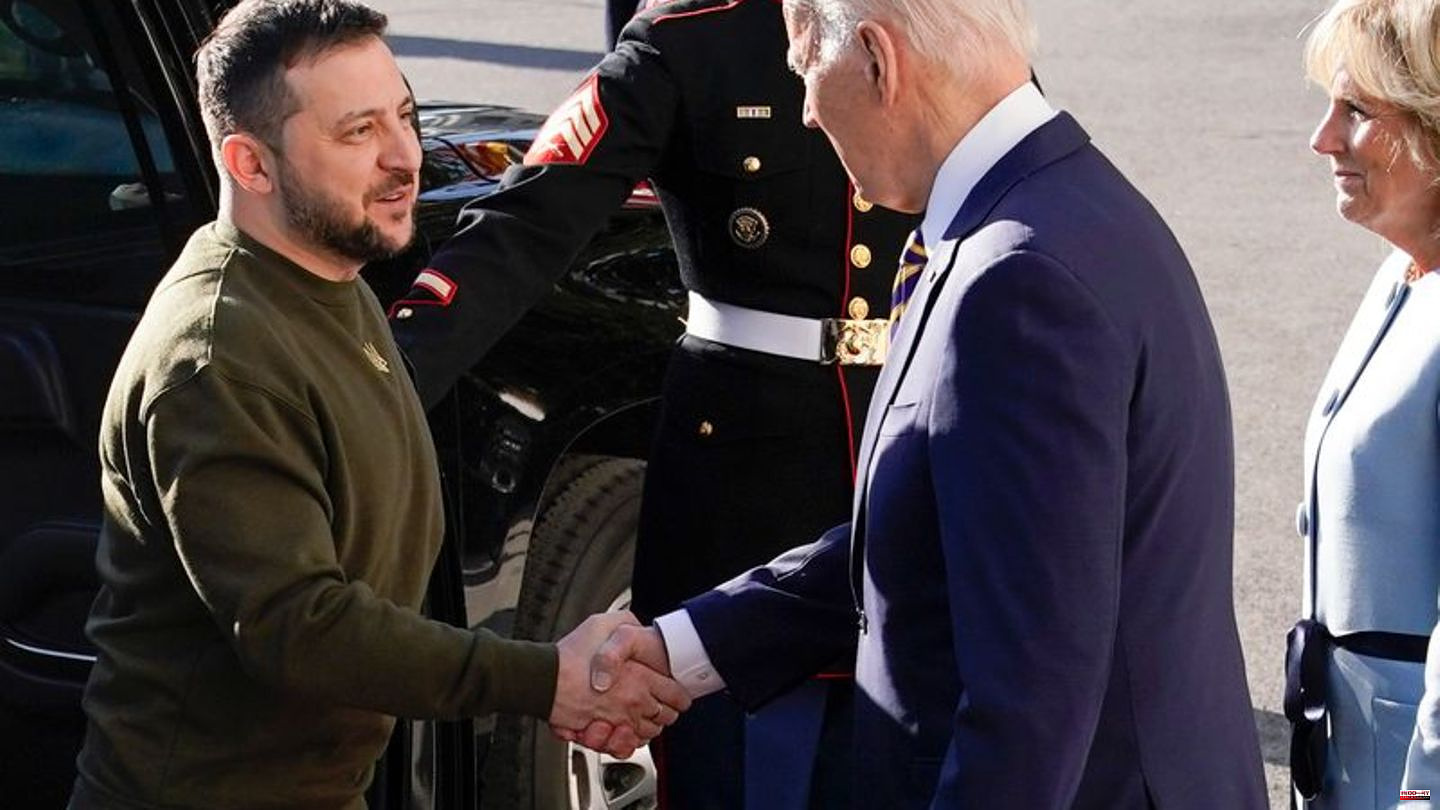 Ukrainian President Volodymyr Zelenskyy has arrived in the United States at the start of his first known trip abroad since the Russian war of aggression began. The 44-year-old was welcomed by US President Joe Biden and his wife Jill with a red carpet in front of the White House in the capital Washington on Wednesday afternoon (local time). Biden and Zelenskyj greeted each other with a handshake. A joint press conference is planned later.

Even before the visit, the US had announced that it would be supplying a Patriot air defense system to Ukraine.

The US is the main ally in Ukraine's defense against the Russian invasion. Since President Joe Biden took office in January 2021, the United States has provided almost $22 billion in military aid to Ukraine. The US government had publicly warned early on of a Russian attack on Ukraine, citing intelligence information. Since the invasion began, the US and its allies have imposed tough sanctions on Russia.

Zelenskyj landed on Wednesday at the Joint Base Andrews military airport near the US capital Washington with an American government plane. A speech by Zelenskyj before the congress is also planned for the evening, American time. He had already given a video address to the US Congress in March. At that time he called for the establishment of a no-fly zone to protect Ukraine.

Since the beginning of the war on February 24, Selenskyj had avoided traveling abroad. For appearances on the political world stage - for example at the G7 summit in Elmau, Bavaria - he always had himself connected digitally from Ukraine.

This is Zelenskyy's second visit to the White House since Biden took office. The US President last received him in Washington in the summer of 2021. According to the White House, Biden and Zelenskyj spoke for the first time about a possible visit to Washington during a phone call in mid-December. An official invitation followed later.

The Kremlin had already warned of a worsening of the conflict before Zelenskyj's arrival in the United States - and announced a further upgrade of the Russian army: with more money, more soldiers and more modern weapon systems. Zelenskyy stressed that the goal of his visit to Washington was to strengthen Ukraine's stability and defense capabilities. 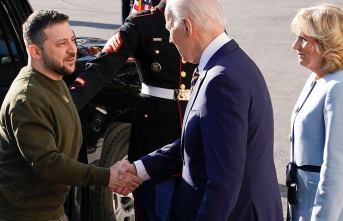